Recently deposited in the Society’s archives by John Wyborn, one-time member of the Cobra Club: Concert programme and advertisements – BF 6.14. 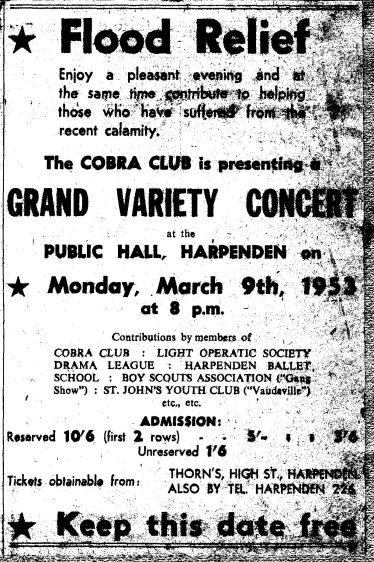 The Cobra Club, an organisation of young people in Harpenden who met for social activities and to raise money for local charities, organised a Grand Variety Concert in the Public Hall in support of the Lord Mayor of London’s Flood and Tempest Relief Fund. This was in response to the devastation caused by the North Sea Floods just six weeks before, during the night of 31 January to 1 February 1953. This had caused loss of life and had forced 30,000 people to evacuate their homes.

The programme was put together with contributions from Harpenden Drama League, Harpenden Light Operatic Society, Harpenden Ballet School, Harpenden Boy Scouts (Gang Show) and St John’s Youth Club (Vaudeville). Tickets ranged from 1/6d to 10/6d, obtainable from Thorn’s in the High Street. It is not known how much was raised for the Relief Fund. 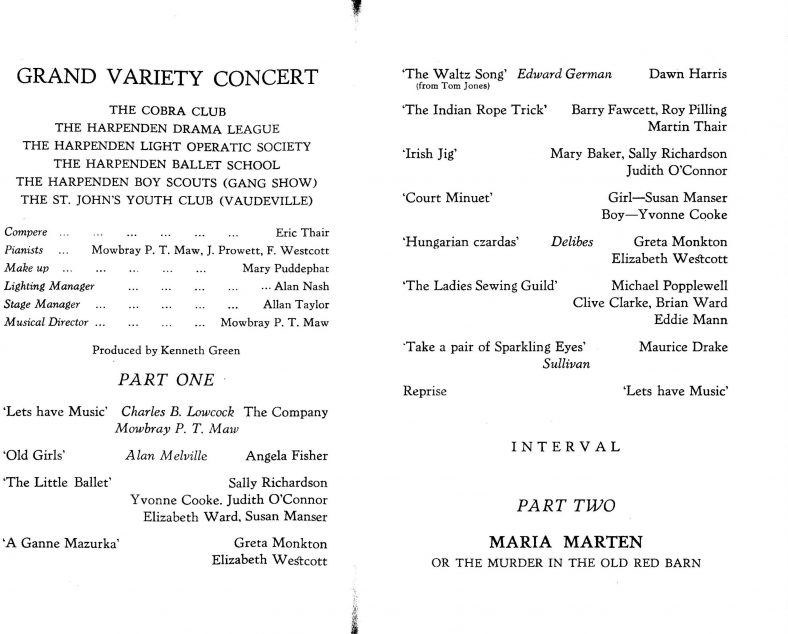