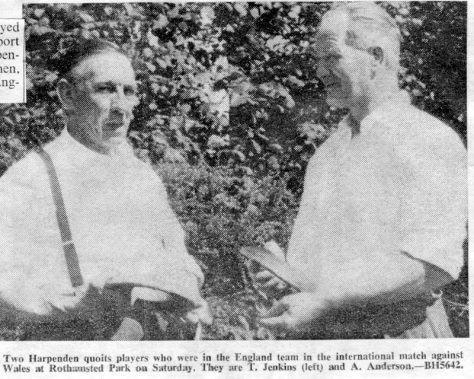 And what was played? – QUOITS !

In the archives of the Harpenden & District Local History Society there are programmes for these matches. Harpenden players S Anderson played in 1948 and 1950, and A Anderson and T Jenkins in 1962.

Scores were recorded in the 1948 and 1962 programmes and from them we know that these players scored the maximum number of points (21) on all occasions. Wales won the 1948 match and England the 1962 match.  No scores are recorded for the Scottish match.

The bed they used was a little way inside the gates to Rothamsted Park, where the rose garden now is and was opened on Saturday September 28th 1946 by Mr F M Gingell, Chairman of Harpenden Urban District Council and President of the English Quoiting Association. It was Mr Gingell who had the bed built in Rothamsted Park and he chaired the meeting at which the Harpenden Quoit Club was set up. 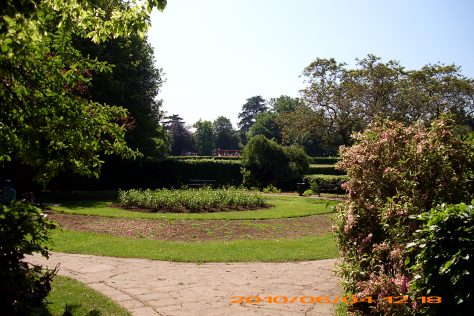 The rose garden in Rothamsted Park 2010 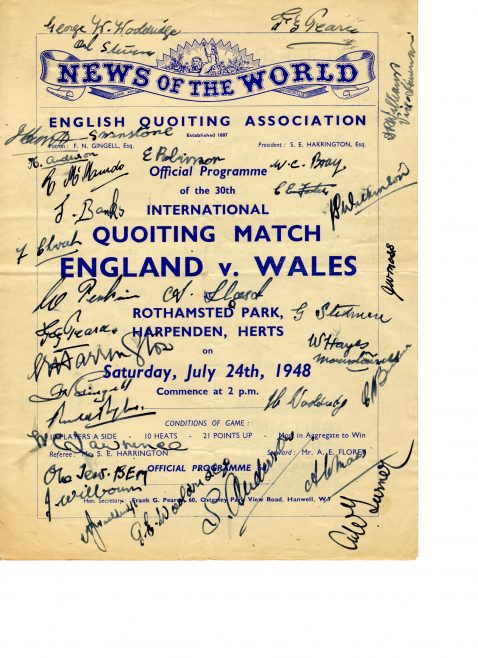