Week of Revelry at Harpenden - Festival of Britain 1951

Harpenden is not a large place – it has a population of about 17,000 – but there is nothing niggardly about its festival celebrations this week.  Appropriately, the age of revelry has been chosen for the theme. 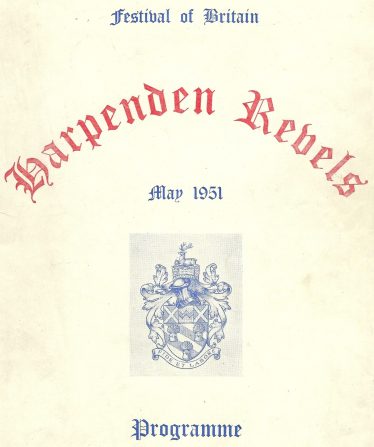 Few towns can show so much bunting as there is hanging now, and there are more than 1,200 yards of fairy-lights strung through the village.  On Saturday there will also be 800 oriental lanterns and nearly 3,000 night-lights in holder tucked among the trees.

On the greens in the main street are set up stocks, a pillory, and a village pump, while on the common there are whipping posts, a gibbet, a quintain, and a ducking stool.  The last named was used to great effect last night when, after the beating of the bounds, the chairman of the council was dipped up to the knees, another councillor went in up to the waist, and the controller of the local Civil Defence organization was tipped right into the pond.

To-night “old time sports” are the feature on the common. There are Red Indians playing lacrosse; lawn tennis and croquet are being played in whisker and “boaters” and a primitive game of cricket is bring carried on. Wimpled ladies are shooting genteel arrows at targets, there is a real knuckle fight, and there is a penny-farthing cycling event. Quoits and skittles also have their fanciers.

Probably the most interesting event of the week will be a gypsy wedding to be celebrated under the “Baa-Lamb” trees on the common. Rarely is such a ceremony witnessed by any but Romanies. Tomorrow night it is to be held in public, when Gypsy Petulengro, who lives near, will marry two local gypsies. 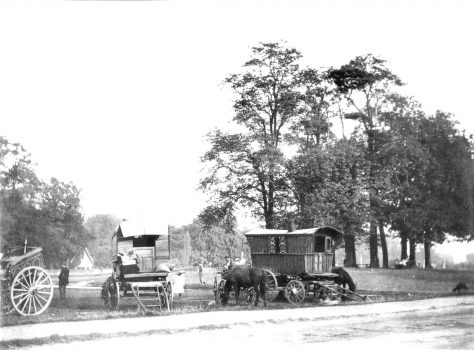 On Friday there is to be a torchlight procession and the burning of a witch, followed by a carnival ball with the crowning of the carnival queen. 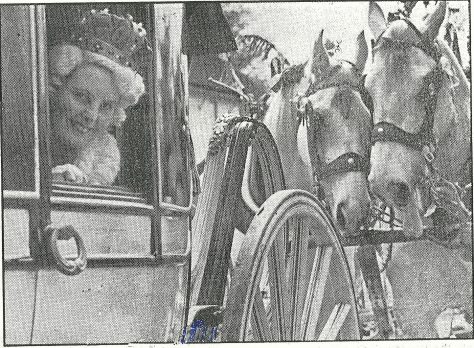 The Queen in her carriage. Credit: LHS archives – news- cutting, May 1951 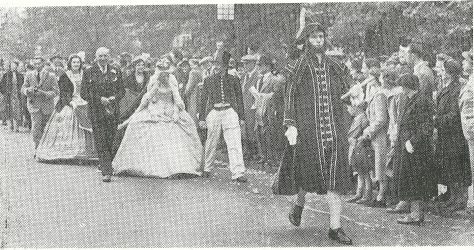 On Saturday the festivities will last all day. First there will be a maypole and children’s dancing in the morning and a carnival procession.

In the afternoon there will be sports, including a rolling-the-barrel race through the main street.

There will be massed choirs, displays, a children’s fair, folk dancing, a floral dance through the village, and a firework display. 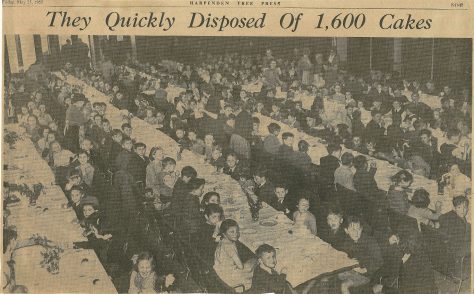 The celebrations are all being paid for by voluntary contributions. More than £7,000 has been raised locally, and the only burden on the local rates will be the floodlighting of the council offices. 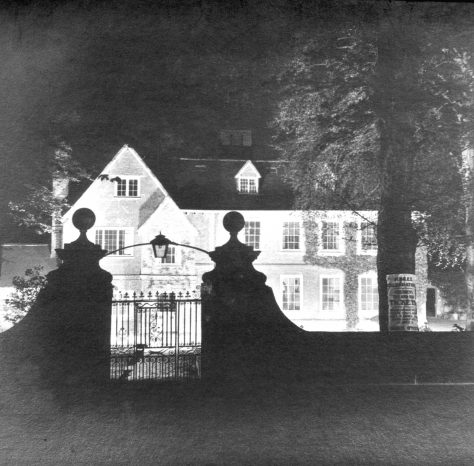