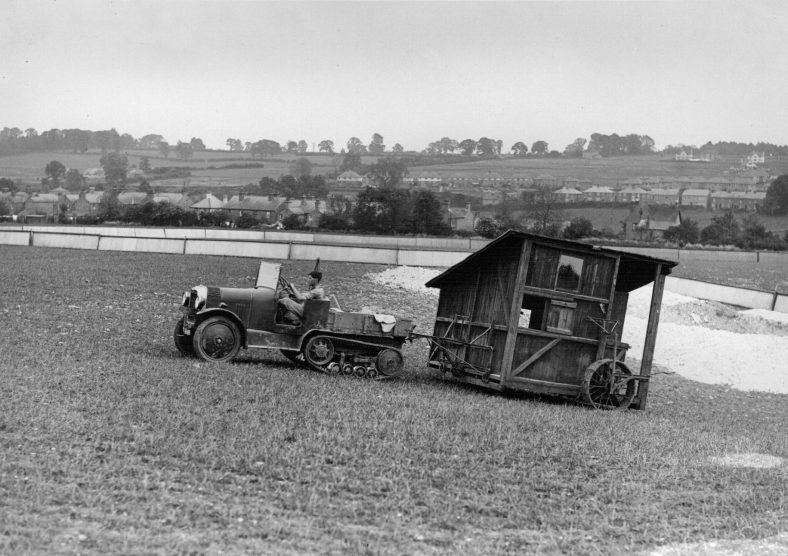 A view across the Lea Valley to Marquis Lane and Langdale Avenue. This field is now occupied by Katherine Warington School

There’s a lot of chance in local history research. A set of photos of Mr Davidson’s pig farm was passed to the Society many years ago from the Rothamsted Archives, as they had no known connection with Rothamsted property or research. Our curator mounted them, probably displayed them at meetings and exhibitions, with no result and noted that they might not be local. When they recently came to light, we tried Facebook with no success, and even discarded the printed photos after scanning them. 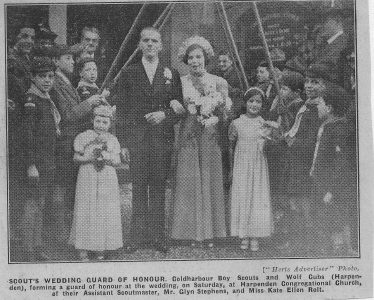 Chance led to noticing (in the Archives Index) a mention of Mr Davidson’s pig farm in an undated news-cutting about the wedding of the Assistant Scoutmaster of the Coldharbour Troop of Scouts – Glyn Stephen – who was “foreman stockman at the Batford pig farm of Mr H R Davidson”. A search in Kelly’s directories found mention of Hamish Davidson at Utility Pig Farm, Common Lane in 1934, and he was still there in the 1941/2 directory. He was living at Fendley’s Corner further up Common Lane, below Sauncey Wood. 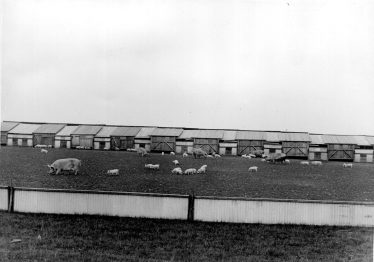 The extensive range of pens 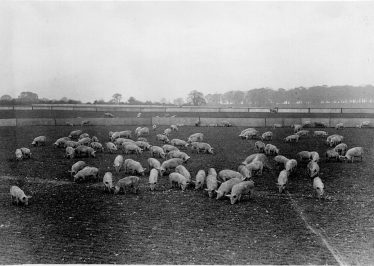 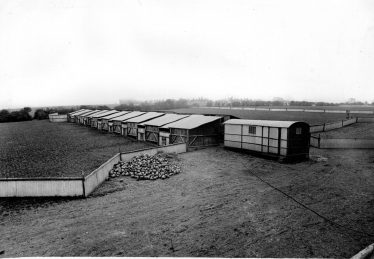 Is this a railway carriage? 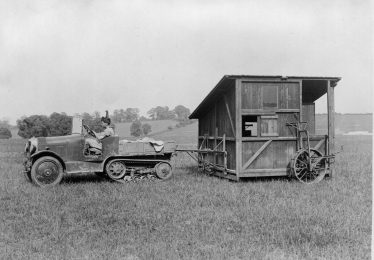 What was this mobile shed used for?

It is not yet clear when the pig farm was taken over by G A Simon and switched to cattle. He is listed as ‘farmer’ by 1962. Geoff Woodward, who grew up in Batford, remembers the farmhouse being built along with some new farm buildings, and old barns remaining. The farmland extended on the north-west side of Common Lane to include part of what became Milford Hill and also had fields on the east side of Common Lane, bounded by Mackerye End Lane to the north.

A brick pen was built for the bull. Geoff recalls that  “it was not unknown for a brave kid to get close enough to throw a stick in there, which annoyed it somewhat and we would get shouted at.”  The only building on the east side of Common Lane was a Dutch barn which was burnt down in a rick fire.

The buildings alongside the new Katherine Warington School site were rebuilt after the fire. Cattle continued to graze on these fields, until the land was sold to Hertfordshire County Council, as their preferred site for a fourth secondary school for Harpenden. The school opened with one year-group in September 2019. 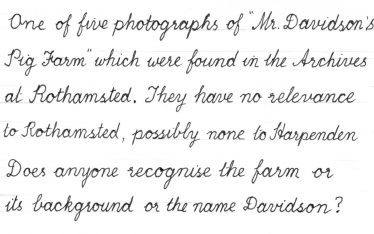 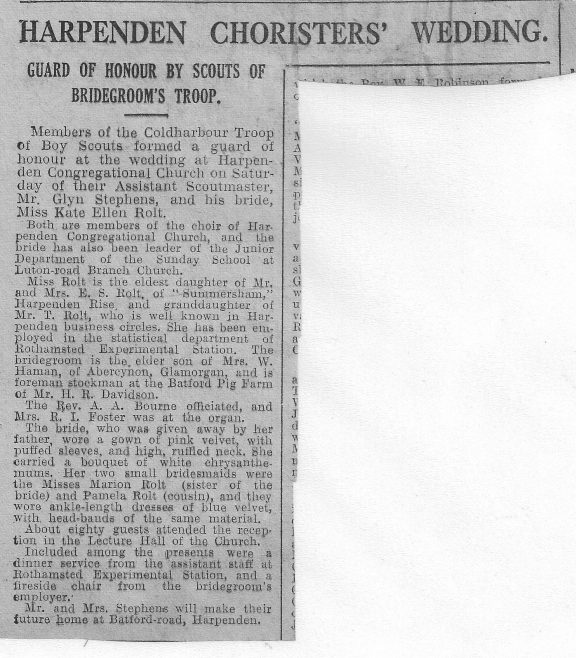