Beds fed by springs alongside the River Lea 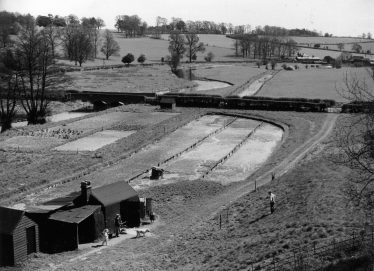 Watercress has been used in salads for over 200 years but was not ’cultivated’ until about 1815 when a Mr Bradbury at West Hyde near Rickmansworth developed a system of cultivation which spread to other Chiltern valleys.  Shallow pools were constructed whose depth of water could be regulated by small dams.

A steady flow of water, about 300 – 500 thousand gallons per day per acre was provided by springs or pumped from boreholes if necessary.  Spring water would have a temperature about 50 – 52 deg F at source.  Careful regulation of the depth of water in different pools ensures some cress for harvest in each month of the year but the peak yields come in May and June. The average annual yield would be about 12½  tons per acre employing one man per acre with help for sorting, packing and marketing. 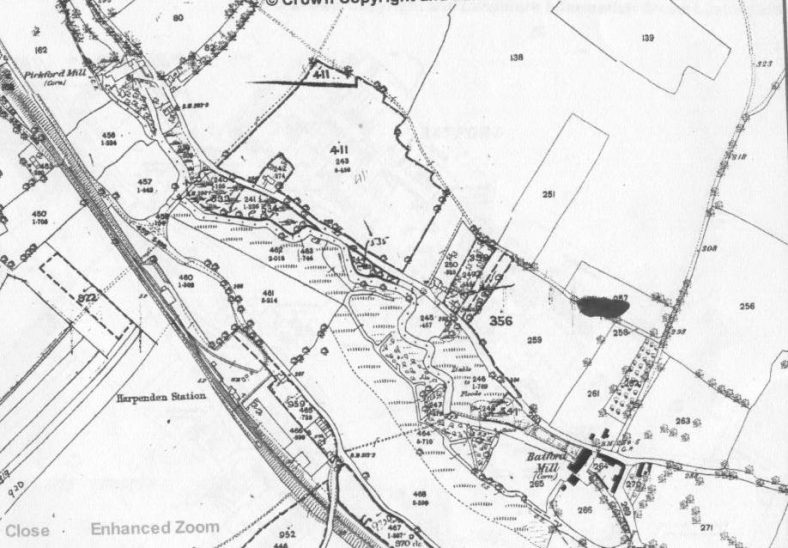 The watercress beds at Batford were established by 1879. They were owned by the Mizen family, watercress growers from Surrey. An extension northwards towards Pickford Bridge was dug out in 1896/7, so the cress beds stretched from Pickford Mill to Batford Mill pond (alongside Marquis Lane playing fields). 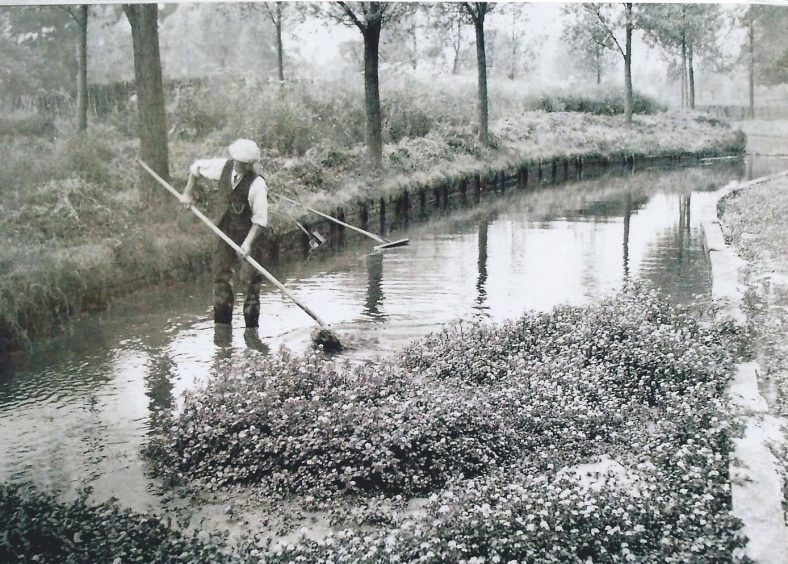 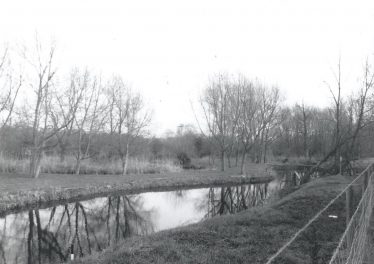 There were further beds upstream at East Hyde run by the Gunnell family, who had also had watercress beds near the ford on the River Ver in Redbourn. Downstream, at Castle (Cresswell) Farm, watercress beds also worked by the Mizen family, who at one time lived in Batford Road (which was developed in the 1890s).

By 1901 the Batford beds were run by Fred Wood, who was born in Whitwell (where there still are cress beds). He had started as a grower in 1889, aged 19. The harvested cress was packed in oblong baskets, made by our local basket-maker, for carriage to market, some going to London via the railway from Harpenden East.

In 1905 there were proposals to build new houses and shops on the opposite side of the river – at Batford Corner, where Ackroyds opened a shop in 1906.The Council was called upon to test the water – though they could not see how water would be affected. They conducted tests and reported that the water came from a borehole near Pickford Bridge. This was 80 feet deep, the first 30 feet of which were lined. The water was pronounced pure and clean.

In 1912 the Council purchased land near the watercress beds – the location and purpose have not yet been identified – and on 26 February 1912 they paid F and G Mizen £20 to sink a borehole at their southern boundary near this land. This payment would release the Council of all liability for the borehole in the north-west corner of the beds.

Tom Wood took over in 1947, assisted by his father Fred (until his death in 1951) and his son John. He had an agreement from Dolphin Smith for the lease of 4.88 acres of land for use as watercress beds. This included land now known as Riverside Allotments – with 27 plots alongside the river from Pickford Bridge to the rear of the Upper Lea Valley Group HQ in Lower Luton Road.

When Tom Wood took over, it was found that the water-table had lowered and so four additional boreholes were sunk about 100 feet (30m) deep, giving a supply of 200,000 gallons per day at a temperature of 52ºF/11ºC. One borehole was connected to a petrol-driven pump to boost the supply if needed.

Pollution – and the end of commercial production

Problems arose in 1958 when the River Lea was badly polluted by the Luton Sewage Works at New Mill End. This caused disease in the watercress and in 1961 watercress production was stopped in some of the beds.

In 1968, Harpenden Urban District Council (HUDC) bought the land, but agreed to continue Mr Wood’s tenancy on the same terms, on a quarterly basis.

In 1969 the Clerk to the HUDC wrote to the tenants that it was their intention to designate the area for amenity use and that the lease would be terminated when the land was required.

Tom Wood died in December 1972, but his widow continued to pay rent up to June 1973. By this time about 2.4 acres of the original land leased to Mr Wood was used for the Riverside Allotments. The allotment holders expressed a wish to continue to cultivate their plots and it was agreed that the land should be managed by the East Harpenden Gardening Club on behalf of the HUDC. Because local authority reorganisation was due to take place shortly, a short-term agreement was made. Upon reorganisation in 1974, this land was retained by St Albans District Council which then leased it back to Harpenden Town Council for allotments.

The beds decayed and silted up until the Upper Lea Valley Conservation Group restored the main pond below Marquis Lane playing field in 1975.

Commercial cultivation of watercress has now ceased locally (though it continues at Whitwell and at Kimpton Mill on the River Mimram). But cress does still grow in the stream near All Saints Church and at least one allotment holder has harvested it in recent times when the springs are flowing strongly. 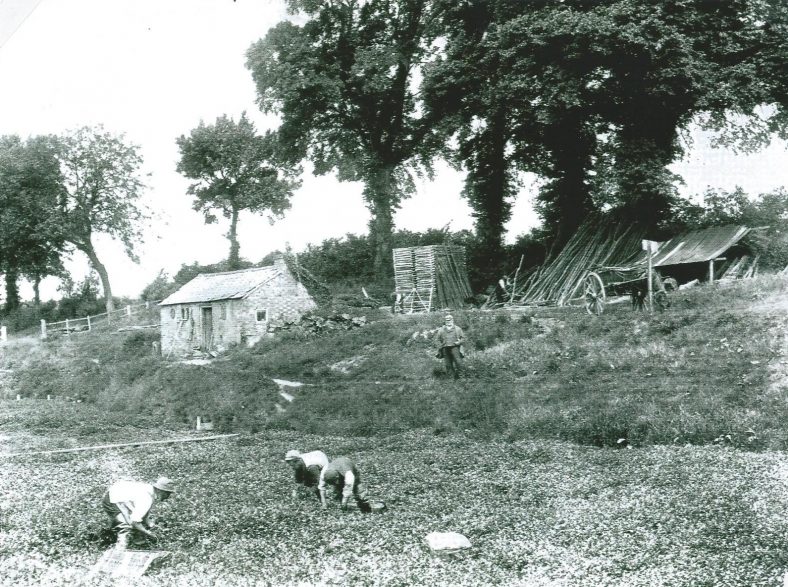 By Les Casey and Geoff Woodward