A brief history of Green Lane and Greenway Spinney 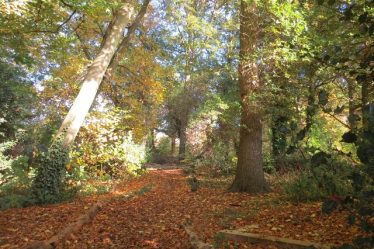 Research by John Wassell of the Harpenden History Society shows that the lane formed part of the boundary of the Manor of Piggotts, alias Piggotts Hill Farm, alias Aldwick Manor.

Westminster Abbey was granted the land by Edward the Confessor, and the estate was purchased by William Picot. John Oliver’s map of Hertfordshire in 1695 shows that Green Lane was the preferred route from Wheathampstead to Harpenden. The spinney stands on land that was part of the Manor Estate.

The 1777 Hertfordshire Map shows Green Lane connecting Bowling Alley (now Southdown) with Leasey Bridge, where a watermill is recorded in the Domesday Book. It also seems likely to have been used to have been used as part of the “coffin route” to St.Helens at Wheathampstead. This was because Harpenden had no burial site until 1320.

Green Lane was also used to move cattle from winter grazing on Harpenden Common to summer grazing on the higher ground.

Although the farm was called Piggotts, the Estate was always called Aldwick (Aldewyck means “dairy or specialist farm” in Old English)

The old farmhouse went through many changes over the centuries. In 1867 a timber importer named Alfred Lodger bought the estate. Most likely he planted the estate boundaries, including the spinney, with the oak, beech, larch and Scots pine we see today creating an “Edwardian” estate (some of which survives around Aldwickbury school, ed.).

After World War II parcels of farm land were sold for housing and the land between Green Lane and Wheathampstead Road was built with the estate we see today. 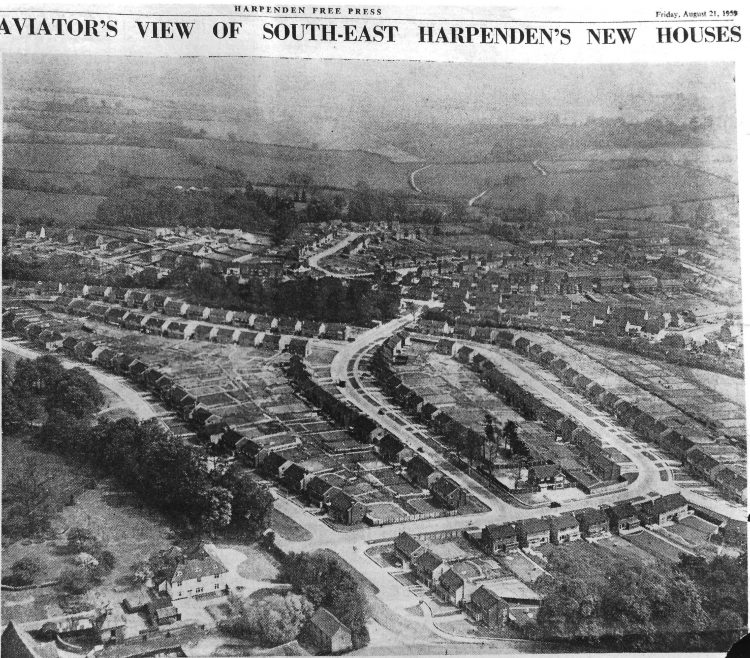 St Albans District Council acquired title to the spinney as a Public Open Space. Funding was available only to manage the large trees in the spinney for safety, so gradually it become totally overgrown with laurel, bramble, elder and snowberry.

In 2009 a group of local residents banded together to form Friends of Greenway Spinney and six years later the overgrown wilderness has been transformed into a Local Nature Reserve – the second in Harpenden. 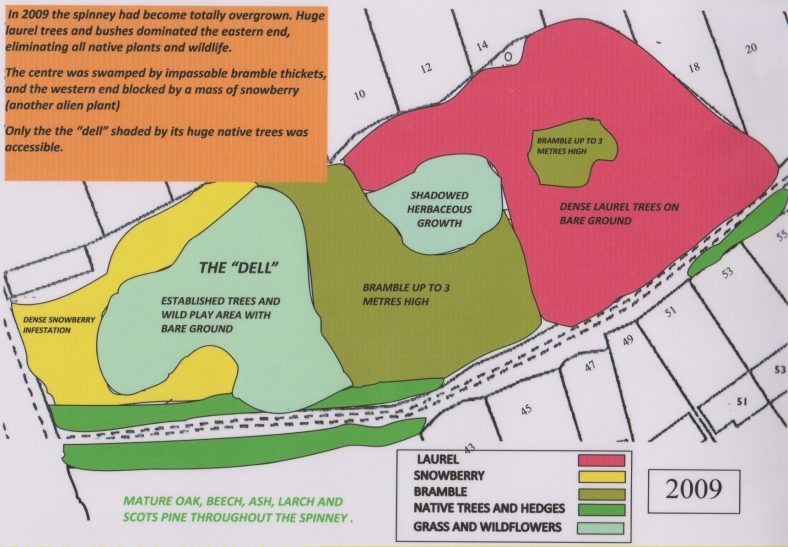 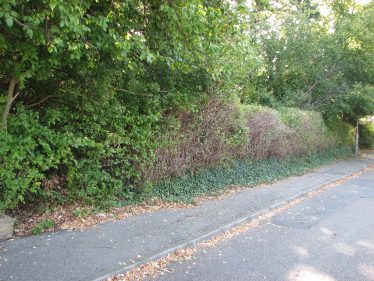 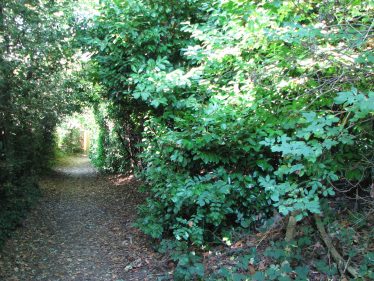 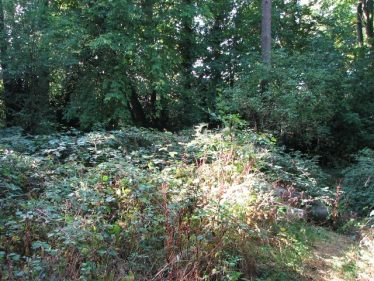 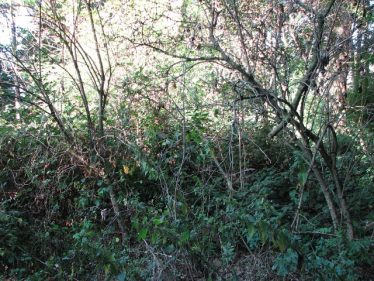 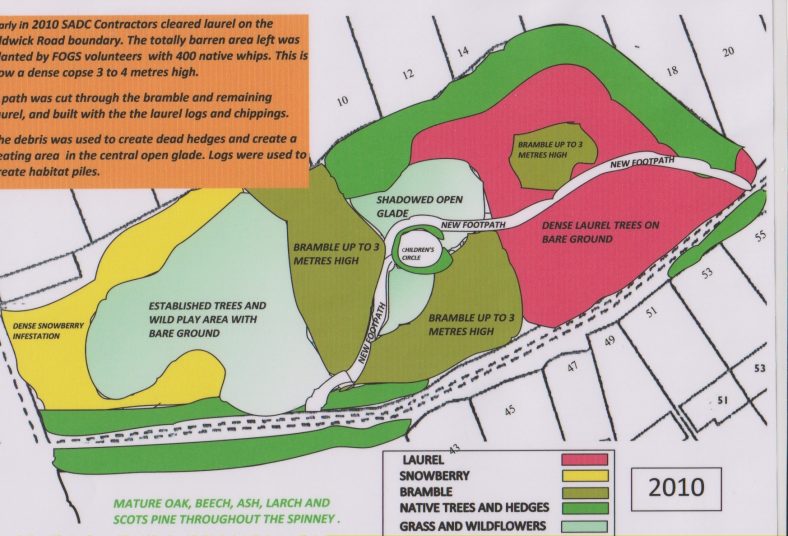 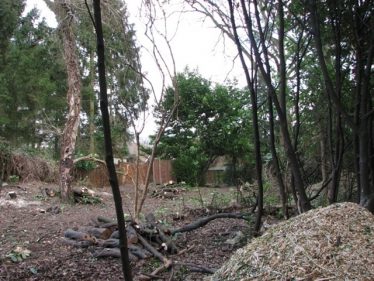 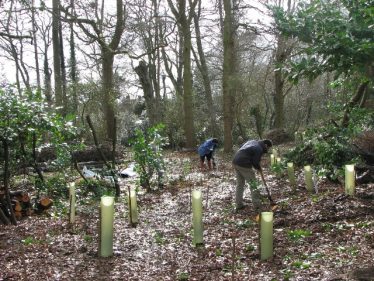 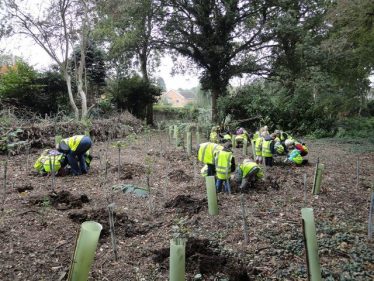 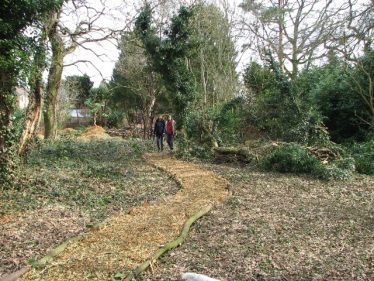 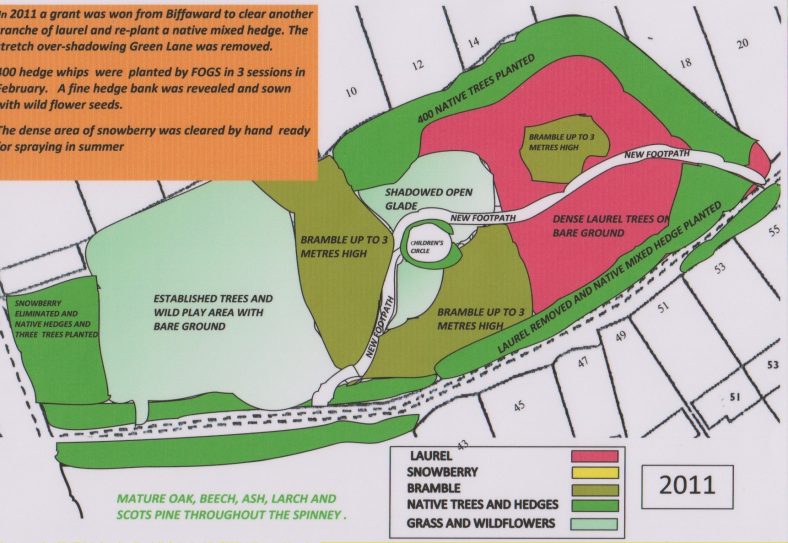 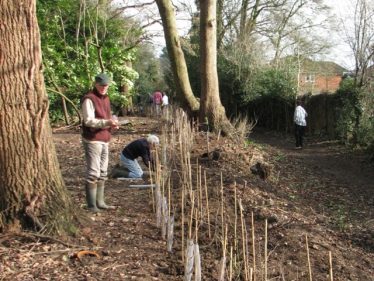 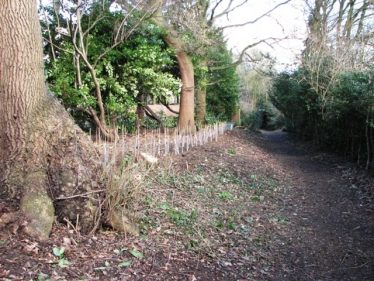 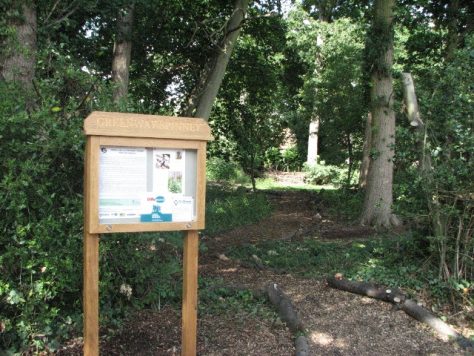 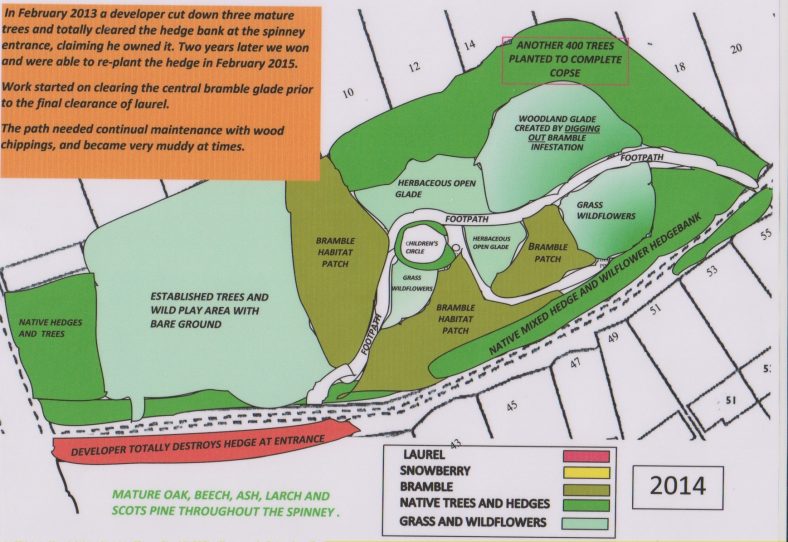 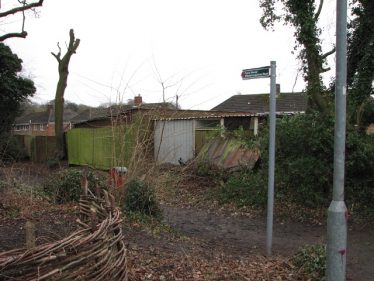 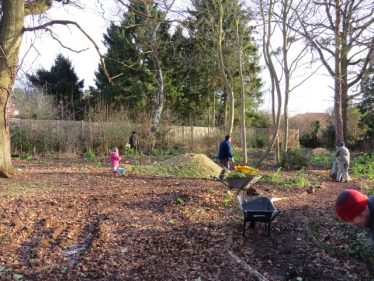 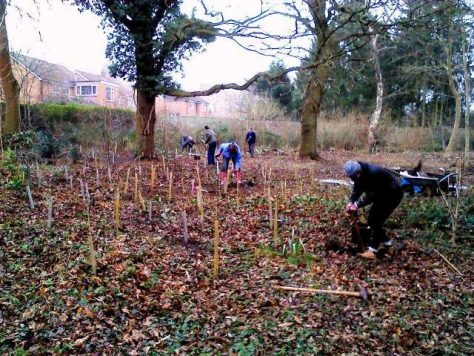 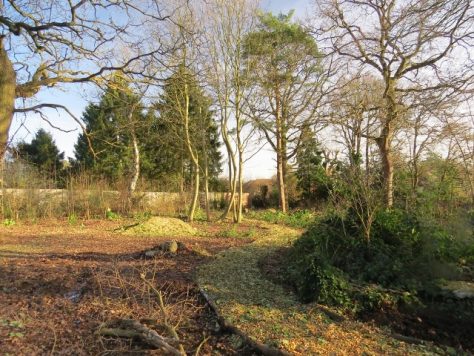 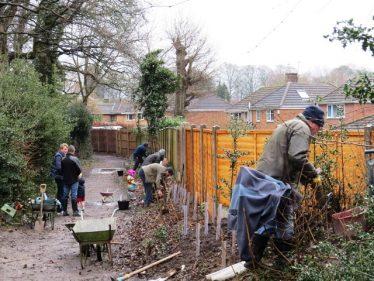 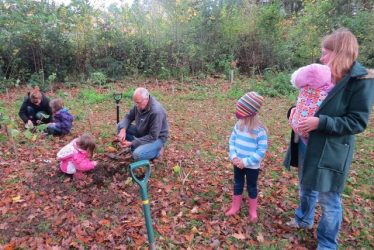 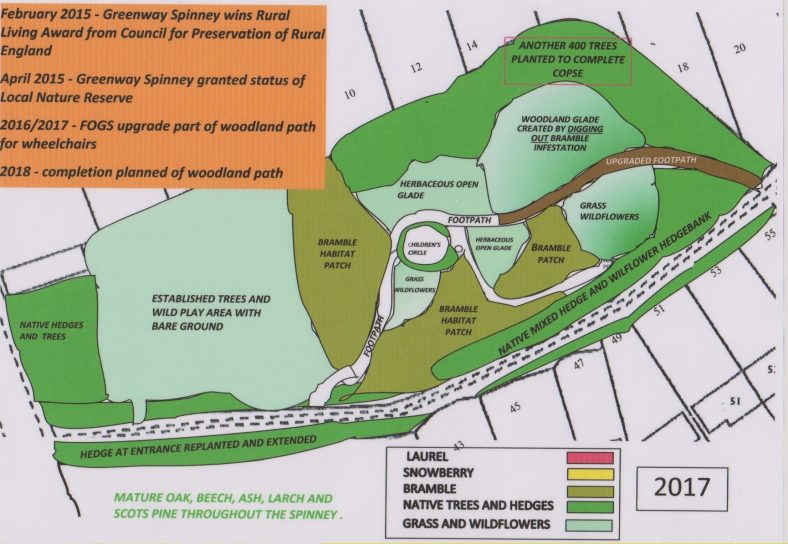 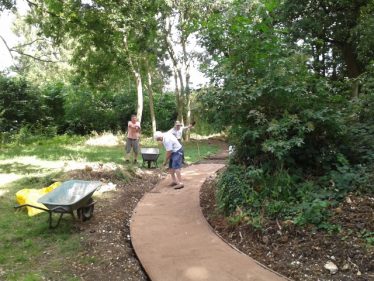 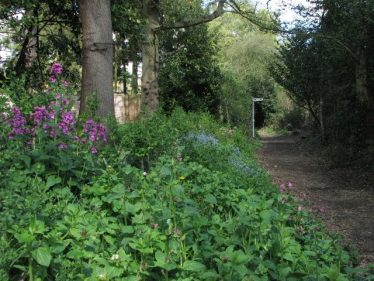 Completion of the upgraded woodland path in 2018 is the final major project in the creation of Greenway Spinney Local Nature Reserve. The Friends Group will continue to manage it to improve habitats and increase bio-diversity. 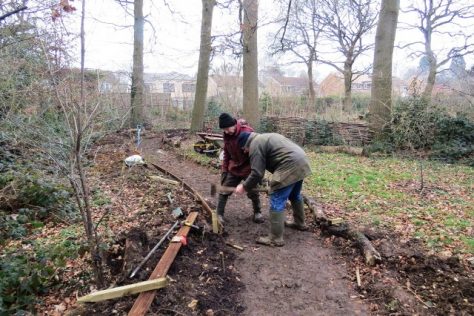 Search for “Friends of Greenway Spinney” on Facebook for more information.