Transcript of a document in the LHS Archives

This page is being published in draft form – and we hope to add more photos and information when we have access to our archives again. 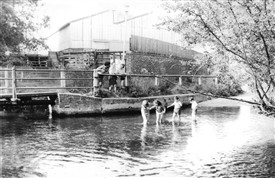 Paddling in the Lea at Batford Ford. The bridge in the background was damaged beyond repair by a horse. Credit: LHS archives – LHS 1075 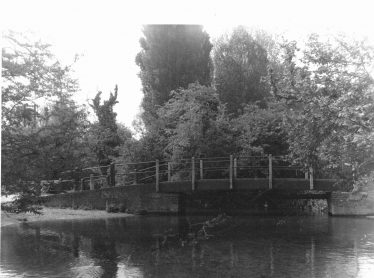 The ford and bridge at Batford Mill, which replaced the damaged bridge in the 1970s. Credit: LHS archives – LHS 5827

Crossings over the watercress beds

The footpath from Batford Road to Marquis Lane crossed the River Lea and the watercress beds. The river bridge was built in 1900 and needed repair in October 1905. Following heavy rain on 29th July 1938 the bridge moved and, following heavy rain again, was closed as unsafe on 1st July 1946 until after  being rebuilt in September and October 1946, the delay due to  the need to get government permission for expenditure. It had new planks fitted in May 1953, and was closed again in August 1987 for reinforcement. 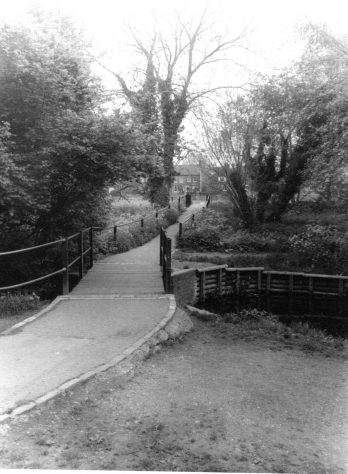 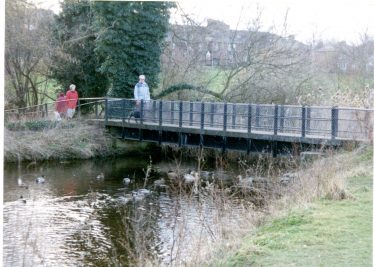 Footbridge over the Lea on path from Station Road to Batford. Credit: LHS archives – LHS 6846, LFC

The footbridge over the watercress beds collapsed on 24th May 1924 when heavy rain caused the river to overflow and flood the beds. It was rebuilt again by the Upper Lea Valley Group between December 1979 and May 1980.

The 1924 O/S Map shows a footbridge on the bend of the river by the Gibraltar Public House providing access to the watercress beds (and the pub).

Sharpe’s Bridge at Batford Corner, latterly known as Pickford Bridge, was in a tumbledown state by 1920. Permission was given for a new bridge, which was built using reinforced concrete in 1921 and was in use until 1996. 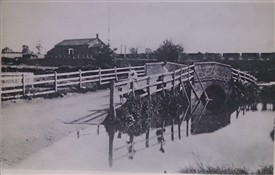 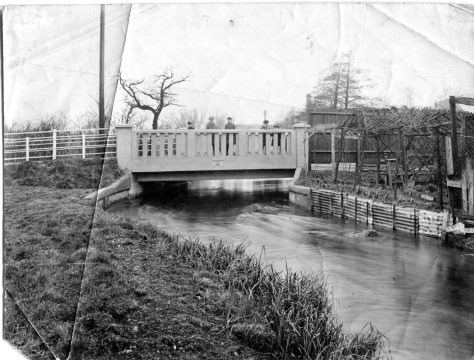 Work started in 1955 on preparing for the footbridge over the river here and the drainage ditch that ran from Coldharbour Lane had to be filled in and a path made to the new bridge site. The parts were delivered in April and laid on the green on the corner. It was an “USK” type bridge made by Tubewright of Monmouth. It was erected by a road crane on 16th November and caused much criticism over the ugly design, but was said to be only a temporary measure by the council prior to the road bridge being rebuilt. Forty years later we still have it, though the road bridge was rebuilt in 1996*, giving rise to the story of ‘The Bridge and Bottle’ – see below. 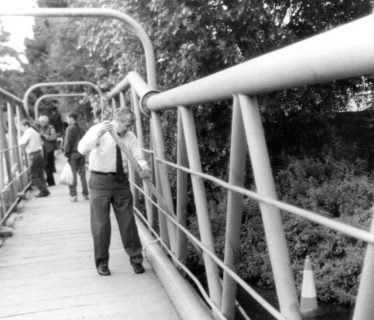 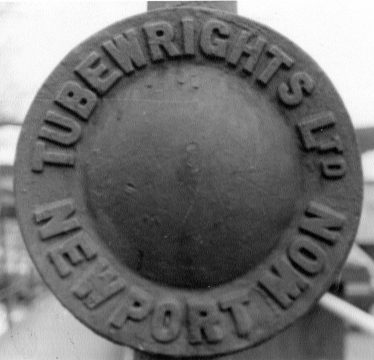 Work started on 15 July 1996. The new concrete deck was built on land at the end of the allotments beside Station Road. The water main was transferred to the footbridge on 19 July, to be clear of the works. The old road bridge was demolished on Friday, 23 August and the replacement was in position by 3.30pm on Saturday, having been hoisted across by crane. There had been weekend road closures for 8 weeks from the start of the works, and complete closure from 23 to 26 August for work to be completed. 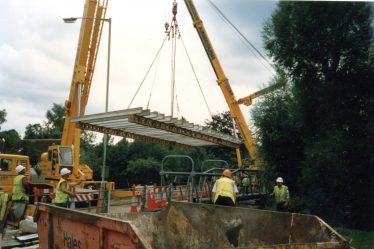 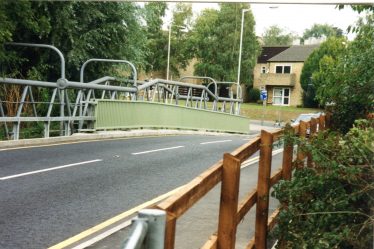 A free bus service was provided from Batford Corner to the junction of Coldharbour Lane and Station Road, travelling via Westfield Road, Carlton Road and Station Road – just to ‘bridge’ the gap of 50 yards (c.48m).

Opposite the bottom of Ox Lane was Holderness Bridge, a footbridge mentioned in the will of Thomas Nicholls in 1598. It was still there in 1900 when two cyclists fell off it into three feet of water. 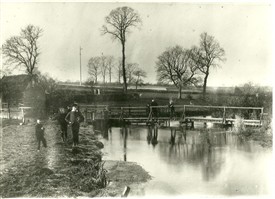 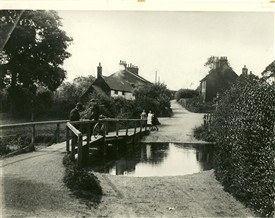 At Westfield there was the ford and a rather run-down footbridge. The river was wide and shallow here, so ideal for paddling. 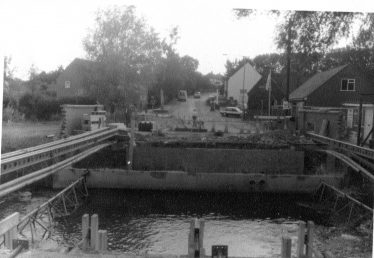 The May trees along the approach from Lower Luton Road were pulled out in September 1963 when work started on the new road bridge costing £10,500. It had a 30 foot span and was 36 foot wide with a road some 22 feet wide. It was opened by Councillor Vic Truss on Saturday 18th April 1964. The river was straightened out to ease the flow here and was dredged at the same time.

The ponds in Lydekker Park, laid out in the 1980s, are fed from the waters of the Dry Valley. 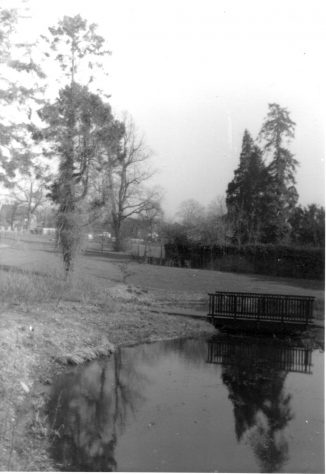 The Bridge and the Bottle

In Newsletters 71 and 72 (1996), Jill Hunt recalled Arthur Carter’s stories of “the Bridge and the Bottle”*. On his return from service in the First World War he had returned to his home in Burnham-on-Crouch. Employment was scarce and prospects were few. In 1921 he seized the opportunity to work on a bridge-building project in Harpenden. 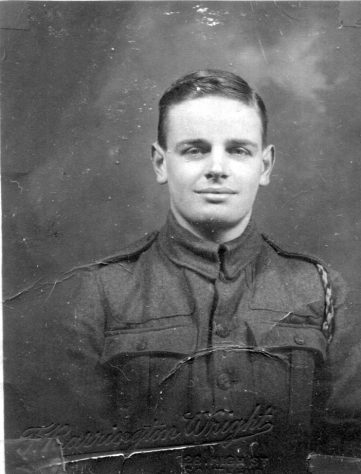 He found lodgings with a family living conveniently close to the site where the bridge over the River Lea, linking Harpenden to Batford, was to be constructed. Arthur, then aged 21, and his colleagues built a bridge which lasted 75 years. As they completed it they enclosed a bottle, containing names and information about the construction team, in one of the concrete pillars.

Arthur stayed in Harpenden, married, raised a family (in 14 Cowper Road) and became a significant member of the community. He told his children about the bottle and 16 years after his death in 1980, when the bridge was to be rebuilt, they alerted the County Council to the existence of the bottle. Engineers and site managers on the project watched out for it, despite the huge task in hand. Eventually they discovered and retrieved this piece of history.

A small crowd had gathered on Saturday 24 August 1996 to watch the gigantic crane lift the new bridge from the scaffold on a small patch of land adjacent to the site where it had been built in two sections over the hedge and place it in position.

The family were later given a copy of the list in the bottle (see below). Although it did not give the names of Arthur Carter and his fellow workmen, it recorded the contractors, Messrs Holst & Co, of Westminster, the General Foreman, T H Nilsen of London and the Clerk of Works, W A Judge of Watford, together with the date – 9 February 1921. They were told that the original list, together with a copy of details of the 1996 construction team had been placed back in the abutment of the bridge. Built to withstand even greater volumes of traffic, the memory of this bottle must be kept alive, so that it can be retrieved whenever the bridge needs to be re-built. 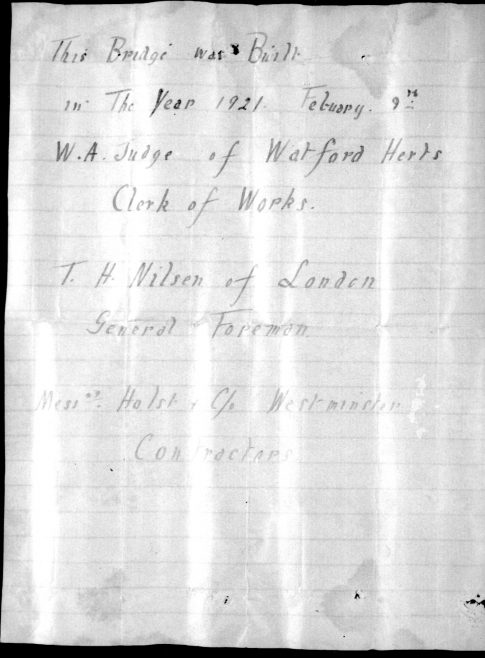