You are here: HomenextHarpenden HistorynextTopics - from Archaeology to WartimenextPublic Houses, Inns and BarsnextFrom Pint Pot to Coffee Pot: Breweries and the Temperance Movement.

From Pint Pot to Coffee Pot: Breweries and the Temperance Movement.

St. Albans has historically had dozens of public houses. For example in 1870 there was one pub for every 84 inhabitants. Jon Mein* first considered why there were so many pubs and then the causes of the decline that set in from the late 1870s until 1914. He also briefly addressed the ownership of several of these pubs by Harpenden brewers. 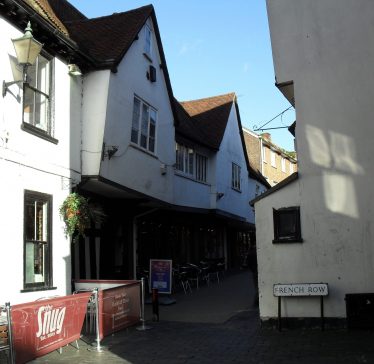 During the 17th century St Albans was a day’s travel to or from London for the growing coach trade. In 1686 there were many inns and pubs and stabling for more horses (1,411) than in most other towns and cities. Improvements to coaches and the roads meant that coaches could travel further each day and the stopping trade steadily reduced. In 1756 the number of inns and pubs had roughly halved and 705 horses were stabled. As the population did not increase much the number of pubs had been reduced to 41 by 1830.

The 1830 Beerhouse Act was one of several measures intended to favour the consumption of beer over gin. Excise duty on beer was removed. The Act itself was intended to create a ‘free trade’ environment for beer to encourage consumption. 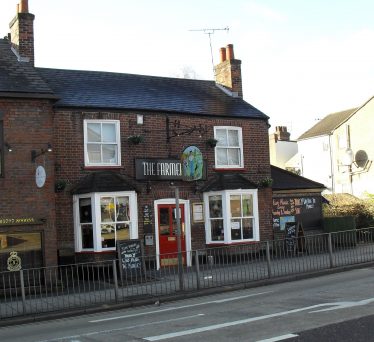 The Beerhouse could only sell beer but could be opened by anyone and only required a license costing 2 guineas from the Excise Office. Establishments that sold other drink as well as beer had to be licensed by the local magistrates. The first Beerhouse opened in St Albans in 1831. This was the Farmer’s Boy which is still going strong today.

One unintended consequence came when the Christopher reopened as a beerhouse in 1840. In 1861 the landlord, Neptune Smith (* see Footnote), was charged with keeping a disorderly house in the premises and the Magistrates could not close the beerhouse. The Herts & Mercury Reformer (Saturday 7 December 1861) was more forthright – he was accused of running a brothel. From pint pot to flesh pot!

The general increase in the population during the 19th century added to the demand for beer from locals in ‘pubs’ even as the ‘through’ trade declined.

A temperance (moderation, not abstinence) movement existed throughout the period in question and the prohibition movement spread from the United States in the second half of the century. Both were concentrated on the working classes in industrial areas at first. The depression of the 1870s made made little apparent difference to consumption. It was only in the 1880s that the temperance movement began to make inroads into the drinking habits of St Albans. This was largely due to Swinford Francis and his ‘blue ribbon army’ with legal challenges to licensing applications and the success of ‘taking the pledge’.

Most of the new housing developments of the late 19th and early 20th centuries in and around St Albans were built without any pubs, mainly due to pressure from advocates of the local temperance movement.

One result of this trend was the opening of many ‘Coffee Taverns’ as the working man’s non-alcoholic alternative to the pub.

* Jon Mein is currently co-lead of the SAHAAS First World War Home Front research project. (see page 10). He won the St Albans Mayor’s Prize in 2011 for his paper on The rise and fall of the Public House in Victorian St Albans, from which the above talk is derived.

A related article by Jon appears in the Autumn 2013 issue of ‘Herts Past & Present’, the journal of the Hertfordshire Association for Local History. This deals with other aspects of decline of St Albans’ inns in the first half of the 19th century. The adverse effect of the opening in 1838 of the London to Birmingham railway on trade in general and on the fortunes of pubs and coaching inn is discussed. The new railway bypassed St Albans to the benefit of Watford and Hemel Hempstead. He also notes that 14 publicans became insolvent or bankrupt in the period 1830-1836, probably due to the opening of beerhouses under the 1830 Act which caused a fall in beer prices as there was little increase in consumption in that period. 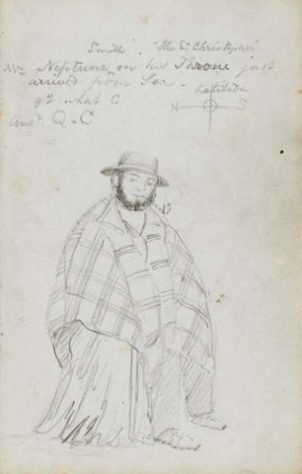 The Borough of St Albans returned two MPs to Parliament up to 1850. In that year the regular and blatant bribery of the electorate by the candidates was at last investigated by a Parliamentary Commission of Inquiry. The Commissioners took numerous statements from electors, one of whom was Neptune Smith.  An extract from a report of the court proceedings is attached below.

The Borough of St Albans was disenfranchised by Parliament in 1852. St Albans and the surrounding district was reinstated as a parliamentary constituency prior to the 1885 general election. The other ‘specimens’ mentioned in the article swore that the £5 they each received shortly before the election were not for their votes but were for a Christmas dinner and for composing some songs.