The many occupants of 9 High Street

When the Wheatsheaf Traditional Pub opened in the early spring of 2020, just before ‘lockdown’, it marked at least the 180th anniversary of when this became the site of a beerhouse. William Osbourne was established as licensee of The Flag in the 1841 census, where he continued for well over 20 years. By 1871 Henry Child was selling beer at the Royal Oak and at the time of the 1881 census, Edmund Halsey was there with his family as publican and carpenter. He moved to Hatching Green in 1890 – a story re-imagined by John Seabrook in ‘Her Father’s Name’ (2020).  His son Ralph later ran the White Horse up to his retirement in 1952. 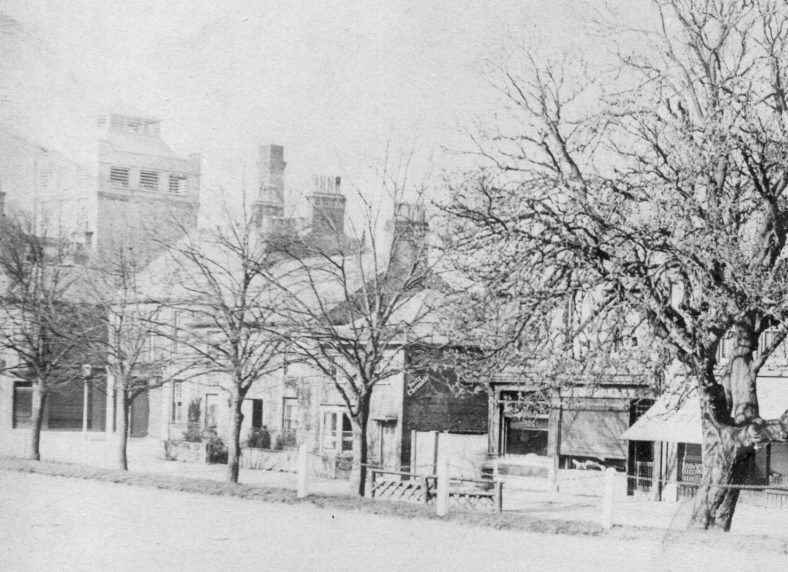 At time time of the first Kelly’s directory in 1901 Alfred Read was publican at The Royal Oak, in Lower High Street and Frederick Kempster is the last recorded publican there in 1903, before the site was re-developed alongside the Post Office at 11 High Street. The contract for building the first purpose-built Post Office was with with the east London based Jarvis building company. Grandson Ernest C Jarvis cycled over from Enfield to visit the project, and was struck by the opportunities Harpenden offered: by May 1905 he had bought land in Moreton Avenue, and started building.

The new no.9 became a grocer’s store 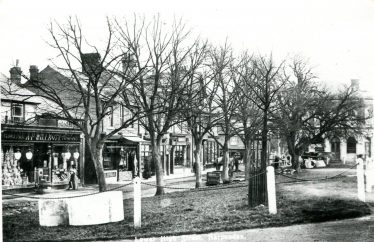 Willmott’s new grocery shop on the site of the old pub at no. 9 adjoined the Post Office. A J Willmott had moved from 21 High Street when the London and County Banking Company moved to Harpenden. Willmotts traded at 9 High Street from 1905 until 1927, succeeded by Forrest Stores Ltd who continued to run a grocery business until 1949. J Salmon then took over, handing on to Mence Smith by 1960. 1962 saw a major change with the arrival of the Consumer Tea Company, a small multiple business, which continued the long tradition of general grocery. 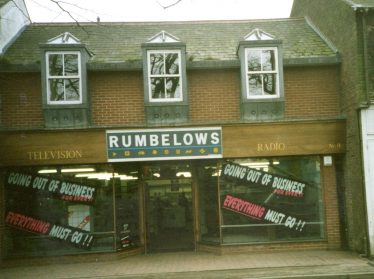 Rumbelows – the second occupant of the rebuilt no.9 High Street – 1995. Credit: LHS archives

In the 1970s the shop-premises were re-developed, and Ketts set up an electrical store, particularly Television and Radio in 1977. Rumbelows took over in 1992 but by 1995 they went out of business. A number of short-lived shops followed – Escom, Odds & Ends, and Margies – until in 1997 Harpenden Wine Cellar Bar and Cafe opened. Two years later this became Parisa, followed by the Slug and Lettuce in 2002. But the opening of The Wheatsheaf marks a clearer return to a modern-style pub. 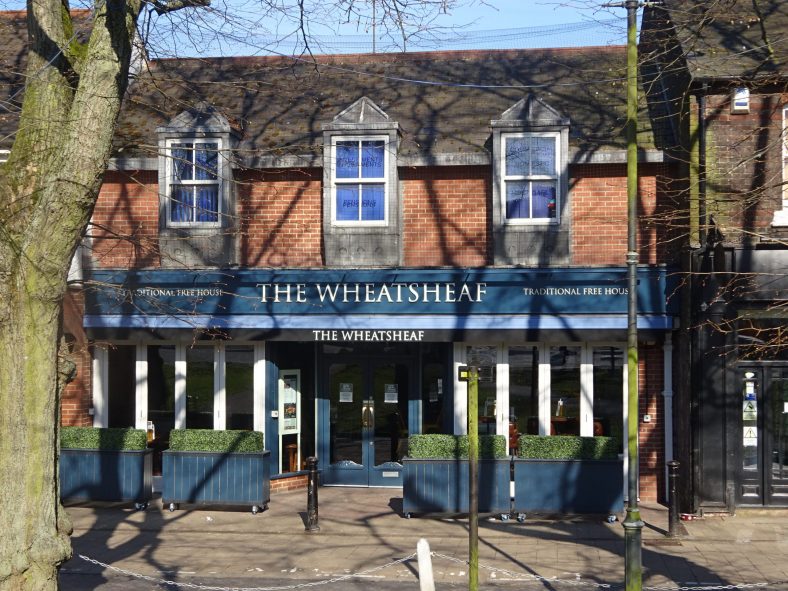