Inn on the Green

From hardware shop to pub in 100 years 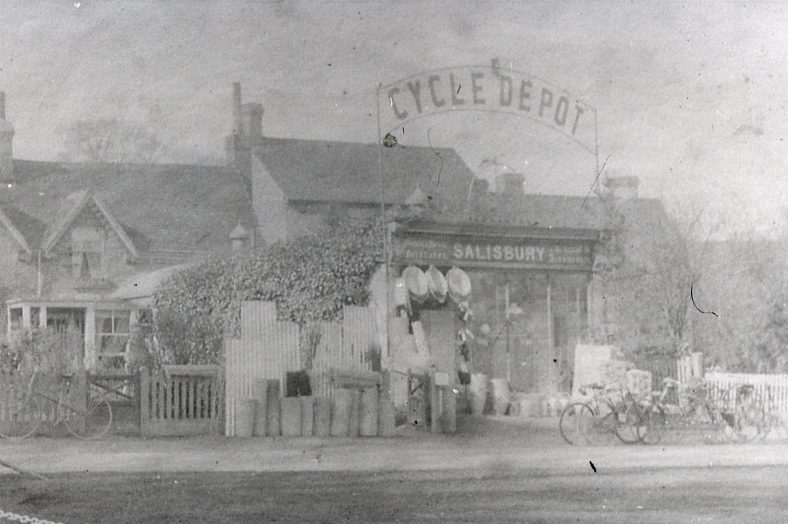 The main range has three gables or dormers facing NNE, with fancy C19 barge-boarding. The oldest part of the building consists of a typical C17 three-bay timber-framed structure with white-washed brick infill on NW end, and an internal chimney-stack, (similar to 65-67 and 72 High Street (The Old Red Lion) with a single ridge roof, of which only some of the structural timbers remain. There are two timber-framed gabled extensions at right-angles at the rear.

Henry and Susan Salisbury lived, with their young family, in the end cottage, where Henry opened a hardware business in the 1860s, initially in the front room of the cottage. As business grew he built an extension in the front garden where he sold household goods, garden tools, bicycles, oils and paints. In 2017 plans for an expanded store in front of the family home behind the cycle shop have come to light. 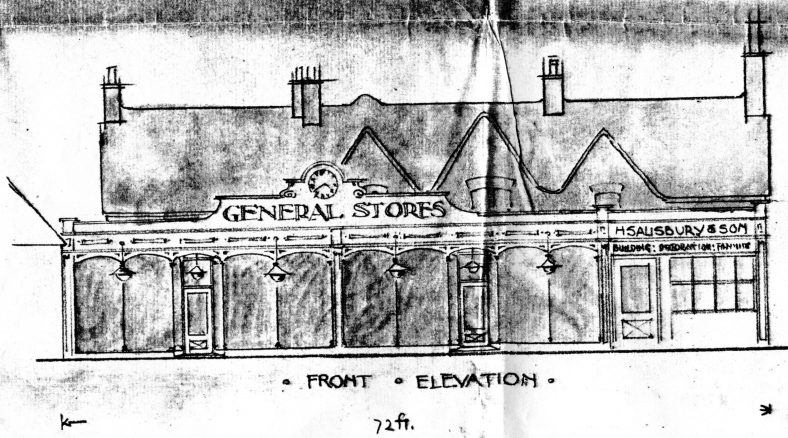 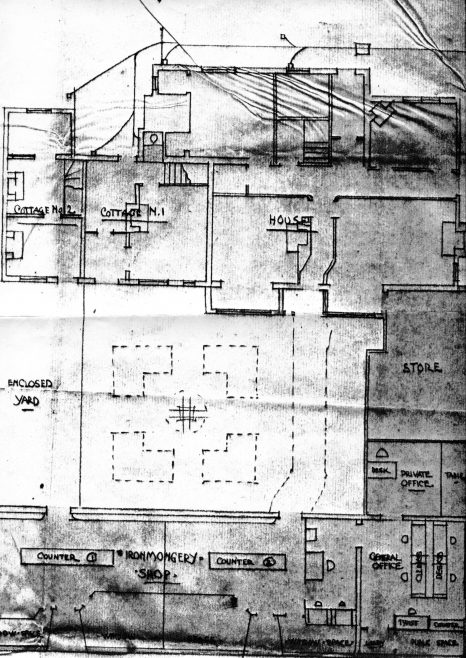 However, these undated plans were superseded. In 1912 Henry bought Dr Kingston’s house next to The George in the High Street. He demolished the house and in its place built a new, two-storey shop called Kingston House Stores.

Henry Salisbury was a dedicated member of the Methodist church in Leyton Road (which later became the Regal cinema, then Anscombe’s furniture store), before being demolished for the building of Waitrose supermarket in the 1990s.

The old Salisbury shop in Leyton Road became Mary Ellen’s Tearoom, run by Miss Mary and Miss Helen Finnie. When Miss Helen Finnie retired in the 1970s the tearoom was acquired by a brewery firm, demolished and replaced by a starkly functional brick building – the Inn on the Green. Its style so clashed with that of the neighbouring buildings that it, in turn, was pulled down and the present Inn was built in a style more sympathetic to the remaining cottages. 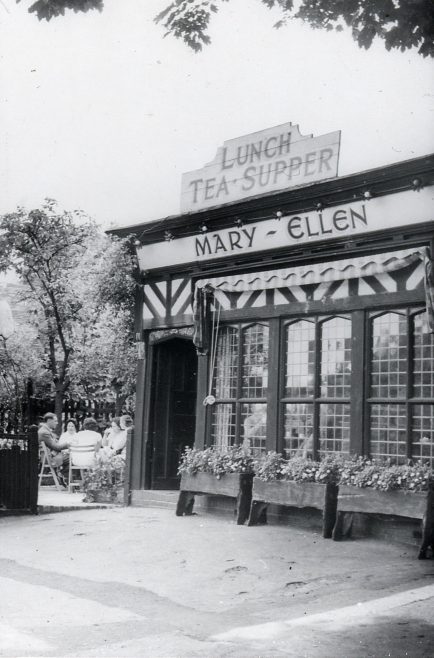 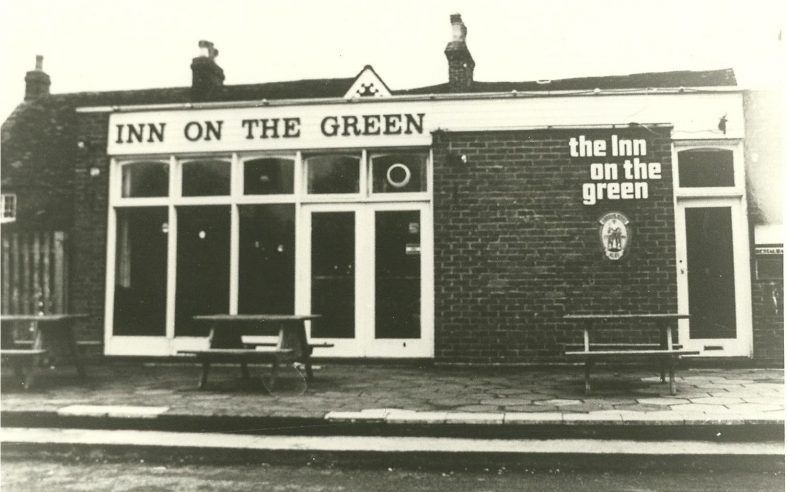 The first Inn on the Green, built in the 1970s was not compatible with its neighbouring buildings. Credit: LHS archives, Les Casey, 1987 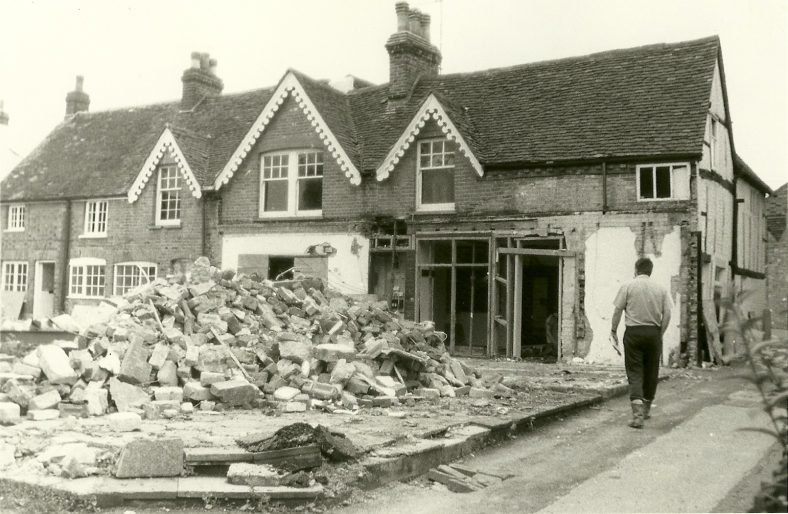 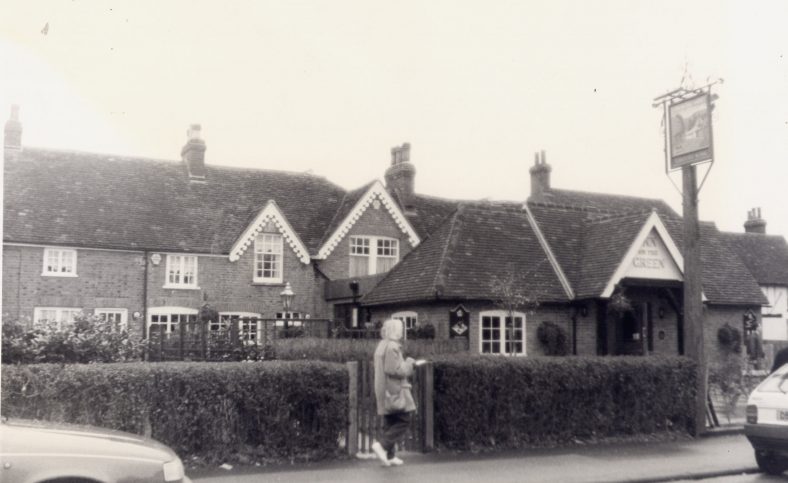 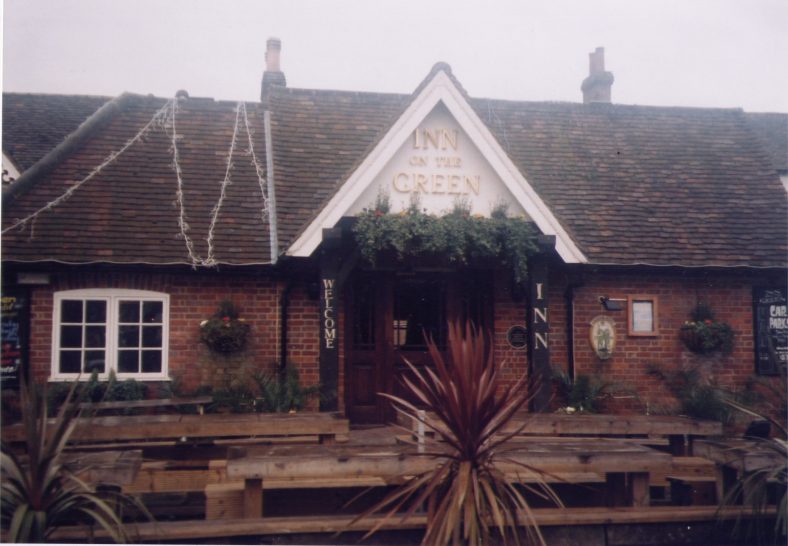