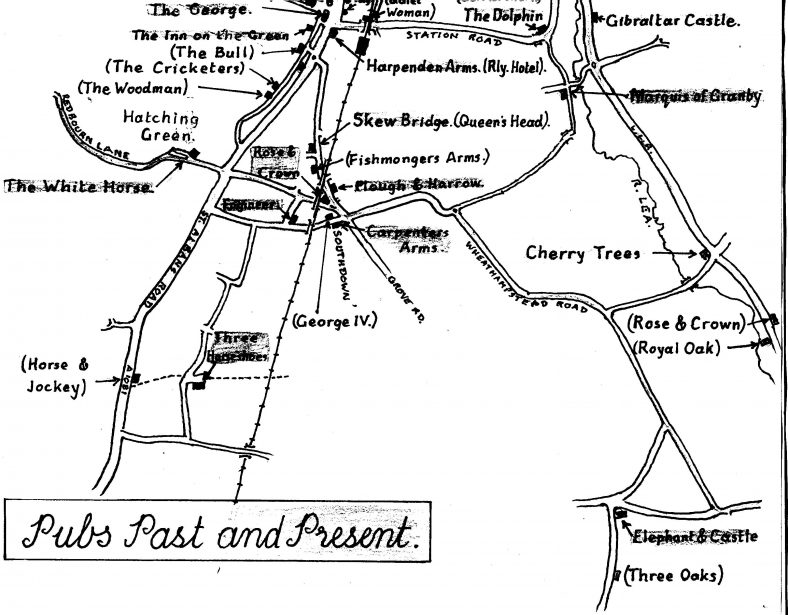 zoom
Plan showing past and present pubs south of Station Road. The 'lost' pubs are indicated with brackets.
Les Casey 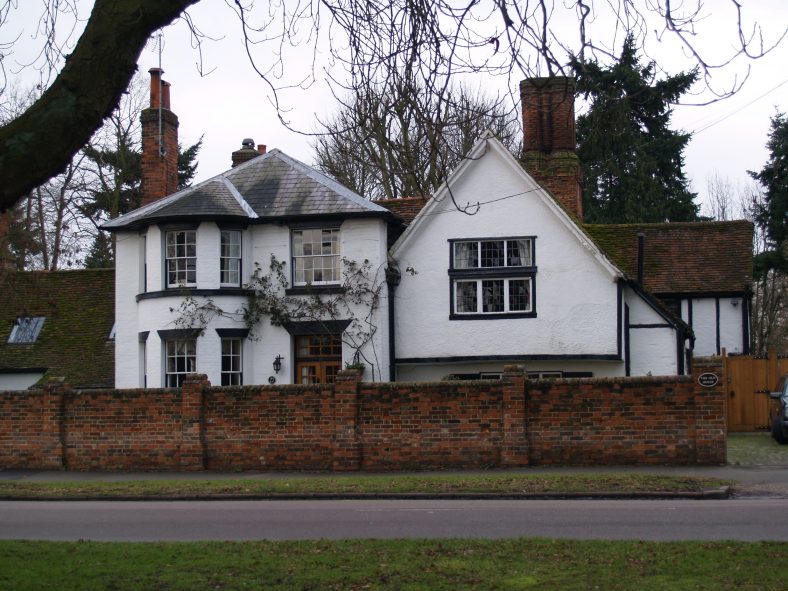 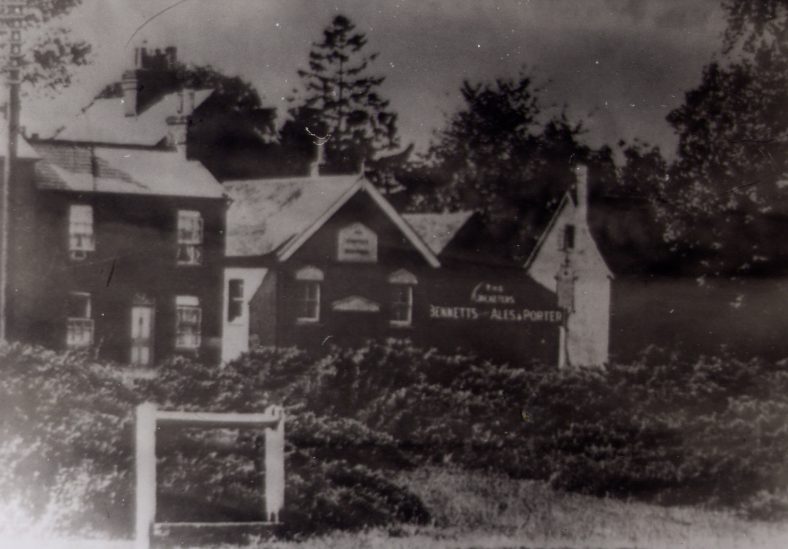 zoom
The Cricketers, West Common, next to the Independent Chapel (now a private house). It was 'for sale' in 1917, and appears to have closed shortly afterwards.
LHS collection 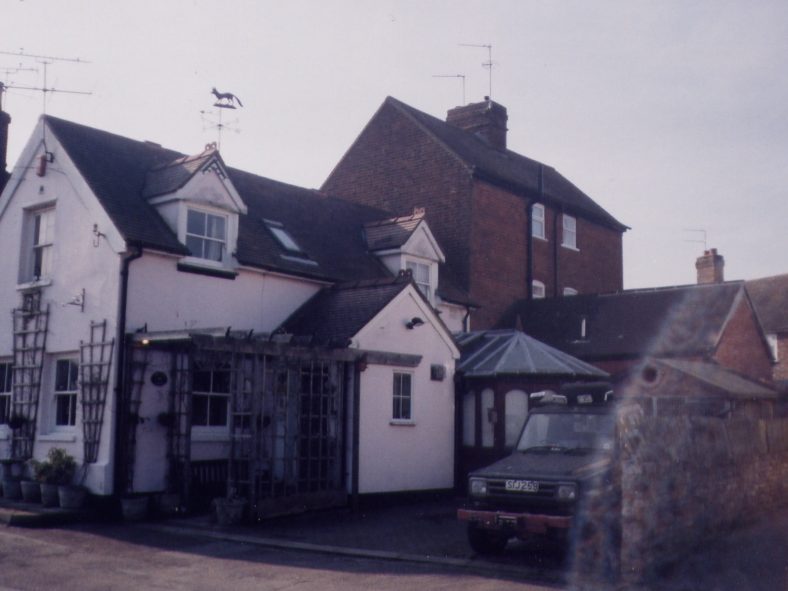 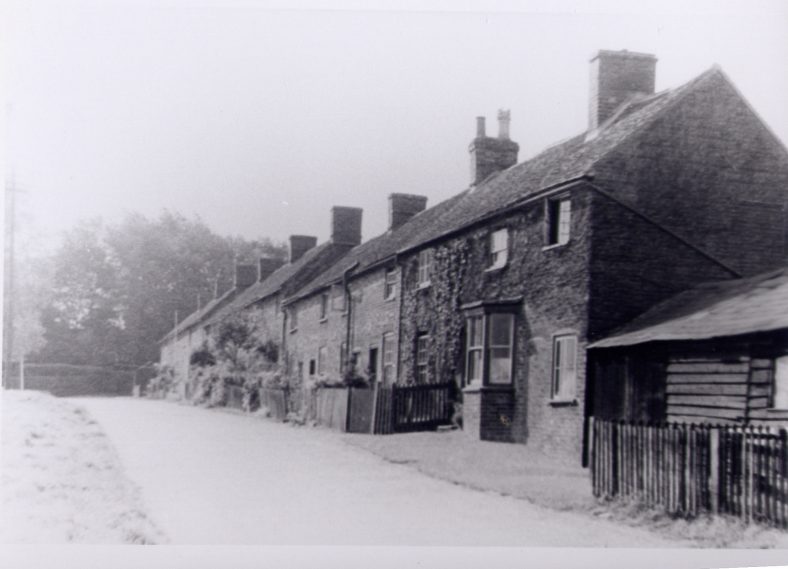 zoom
The Woodman's Arms, Pimlico Place, West Common. Closed as a pub in 1928 and now a private house
LHS collection 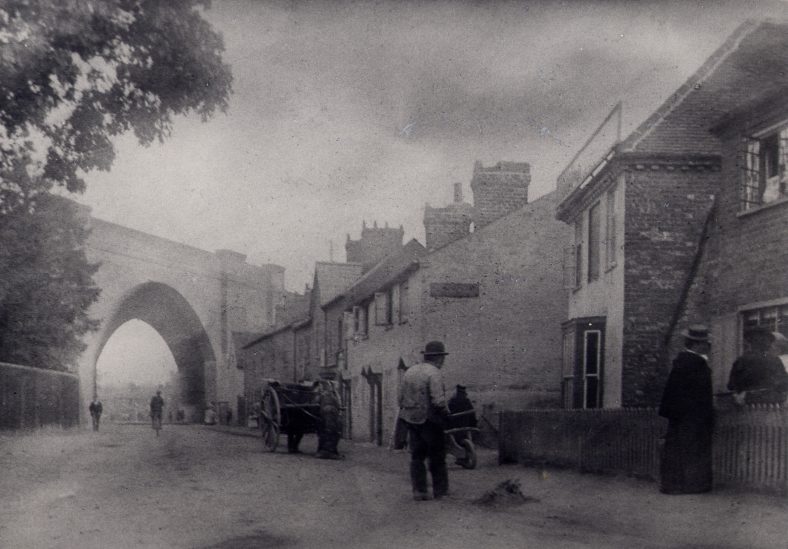 zoom
The Fishmongers Arms, Wheathamstead (now Southdown) Road, was listed in the 1871 census. William Read was landlord in 1898. It was demolished in 1959.
LHS collection 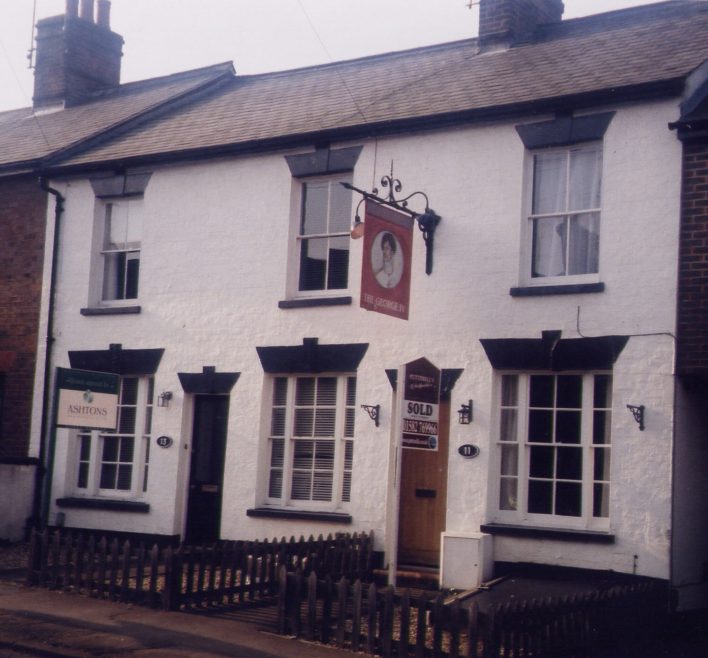 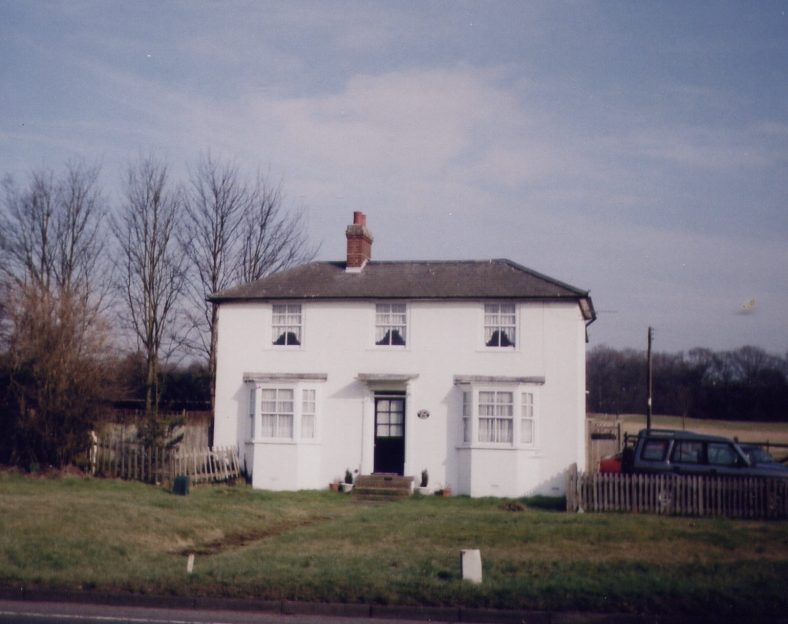 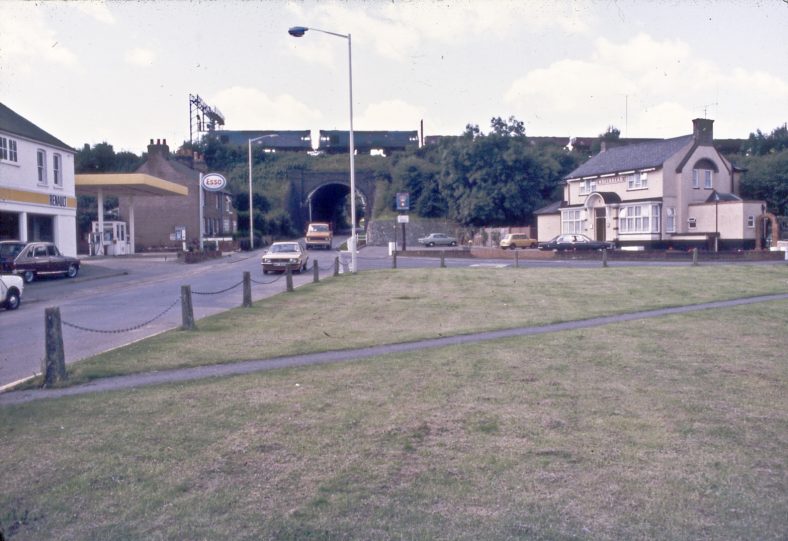 zoom
The Rose and Crown in the 1970s. Converted to a Balti restaurant c.2006 and demolished c.2016 for construction of Cromwell Court
LHS archives 16265