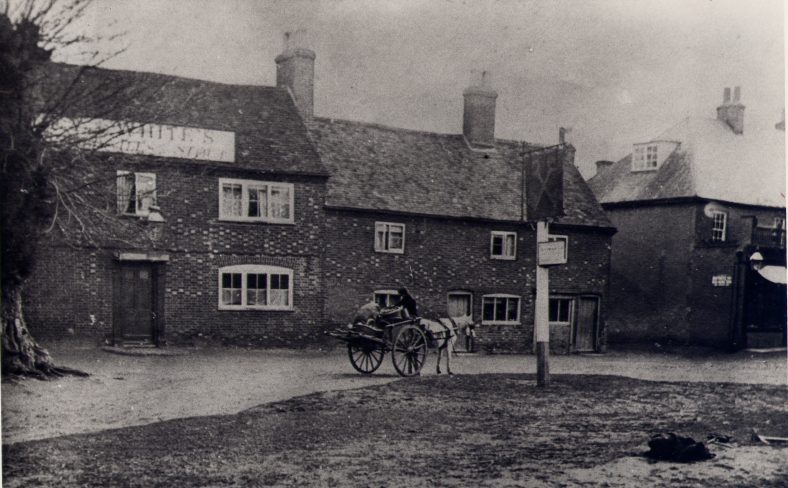 The Cross Keys in around 1890. The adjoining cottages were the site of Putterill’s first garage, with Harpenden’s first petrol pumps on the green in front. To the right is part of Rose Cottage. Credit: LHS archives

Myth has associated the Cross Keys with Westminster Abbey, but the name, attached to present building, first appears in the 1760s when it was owned by a St Albans brewer, Thomas Kinder, and Thomas Edwards was the landlord – and the name was changed from The White Hart to the Cross Keys. (op.cit.p.167).

This is consistent with the mid C18 appearance of the building – a two-storey, low, whitewashed brick building with fairly steeply pitched tiled roof and chimney-stacks on each gable end, and a central entry, where there is a join in brickwork near the doorway. It has dentilled eaves (similar to the Old Cock), and might possibly have originally been timber-framed.

In 1828 Henry Oldaker, a keen huntsman came to live in Harpenden in 1828 as inn-keeper at the Cross Keys. Following an accident, he moved to The Bull, with its ample stabling, and from there he helped establish the Harpenden Races.

In the early 1920s, Hertfordshire’s first petrol pump, operated by Fred and Arthur Putterill, was sited on the green outside the Cross Keys.

A postcard of the Cock Pond, and Cross Keys, looking south down the High Street – 1908. Credit: LHS archives – HC 18 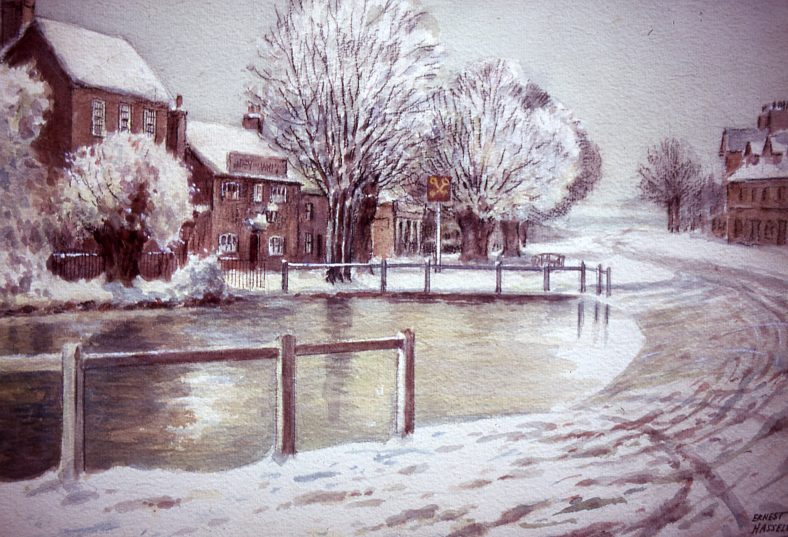 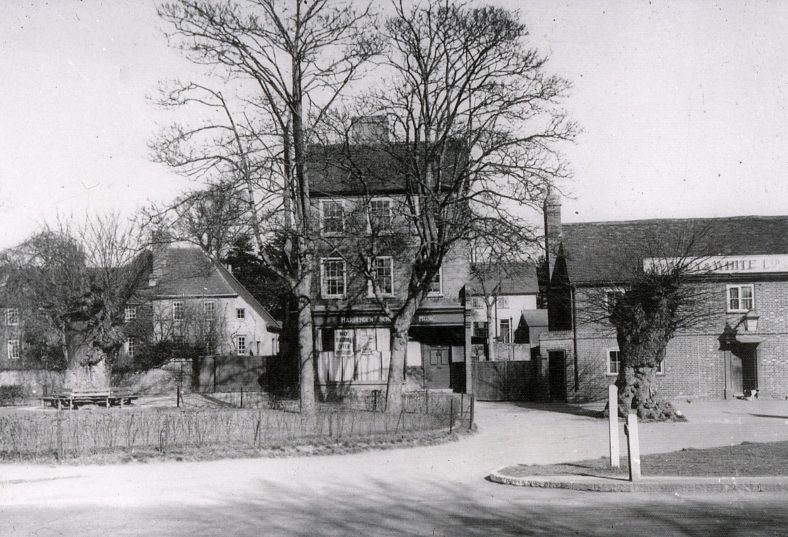