Photographs donated to the Society

The origins of the Old Bell as a pub are unclear. Branch Johnson in his 1963 book on Hertfordshire Inns, Part Two, West Herts, records that “In 1735 Robert Juffs paid a poor rate on the Old Bell Ground”, but did the name of the land denote an inn? The entry continues: “In 1835 Matthew Tomalin had a vote in respect of the Old Bell and land belonging to it. Later owned by Bennett, of Dunstable, brewer. Mann.” According to the information board in the pub, in 1835 it was recorded as a beer house but it wasn’t until the 1869 Wine and Beerhouse Act that The Old Bell became a fully licensed public house. 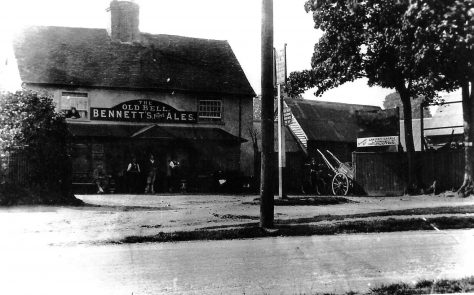 In the 1878 Hertfordshire Directory (precursor to Kelly’s Directories) Benjamin Bennett was listed as ‘brewer and maltster at Harpenden Brewery”, but there is no mention of The Old Bell in the list of public houses which included the Cock, Cross Keys, Red Lion, Railway Hotel, Marquis of Granby, George Inn and the Rose and Crown. At that time there were some twenty beerhouses.

From the first Kelly’s Directory in 1901, The Old Bell Public House is regularly listed. Harry Smith was landlord from then until at least 1913-1914, when there was a long gap in publication. By 1922, there was a new landlord, Amos Smith, and from then on a garage and other workshops were listed between The Old Bell and Roundwood Lane (which was called New Farm Lane at least until 1907) – until the garage and filling station gave way to a housing development around 2005.

The pub has used the sign of an Old Bell during its various refurbishments, but without any explanation of what the Bell signified.

Bennett’s Fine Ales and Stouts were on sale at the time of the earliest photo in our archives, probably from the 1920s. 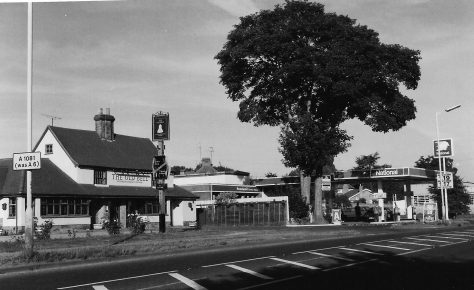 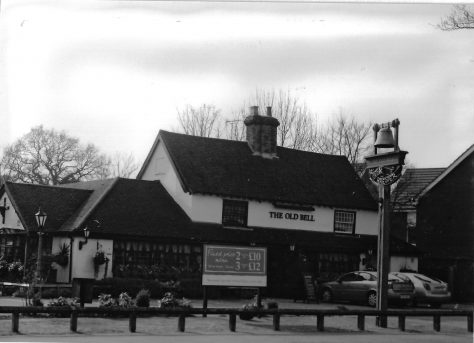 During a recent refurbishment by Chef & Brewer, the Society was offered the gift of a selection of old photographs of Harpenden, formerly on display in the pub. We are delighted to have received a number of photos which complement our archive collection – some of which are shown below. 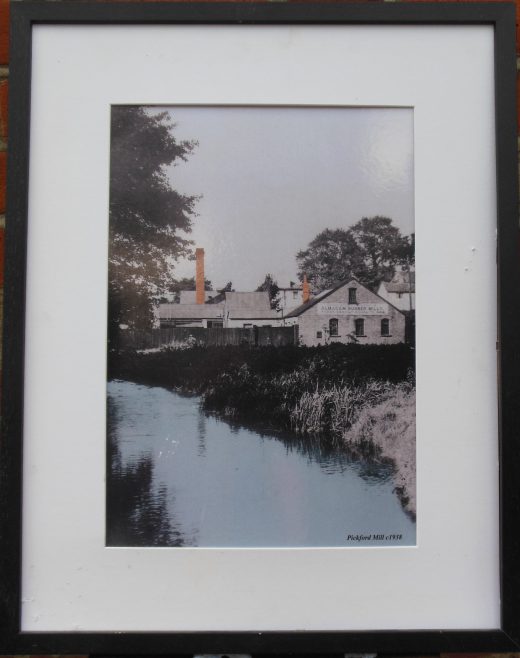 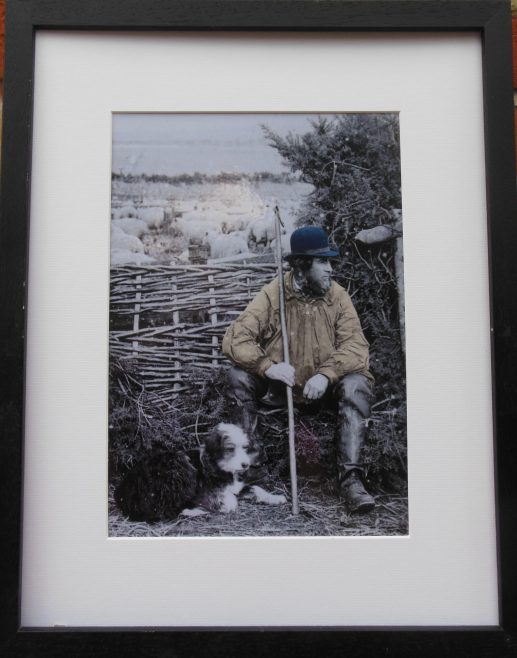 A Hertfordshire shepherd. See our page on Shepherd Arnold, who lived in one of the Batford Mill cottages. Credit: ex The Old Bell 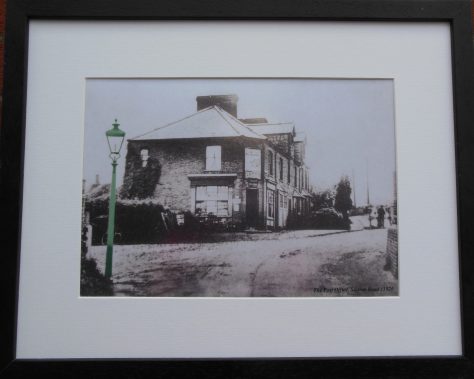 The post office, 107 Station Road, c.1900 run by Mr Bingham, and later by Bentleys – see http://www.harpenden-history.org.uk/page_id__513_path__0p3p55p.aspx. The cottages with dormer windows were rebuilt, possibly in the 1930s. Credit: ex The Old Bell