and the Silver Cup Pond 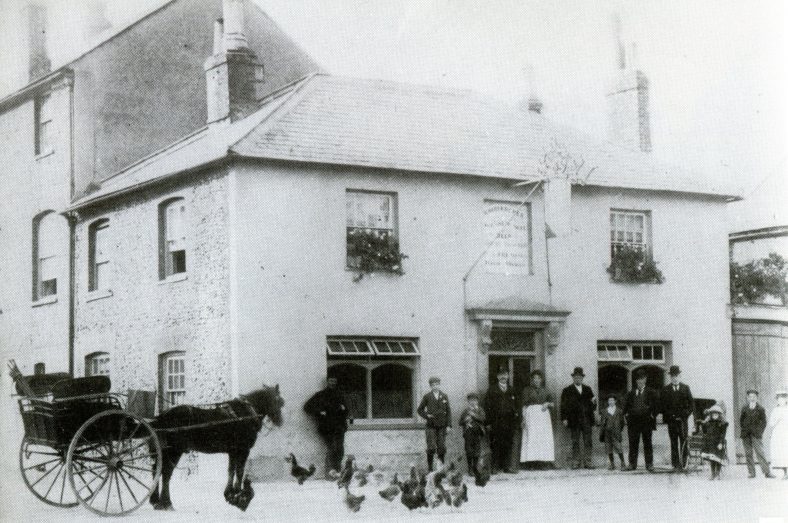 The Silver Cup, with members of the Archer family, c.1890. Credit: scan from Bygone Harpenden published by H&DLHS 1980

The inn is seen in this photograph as it was at the end of the nineteenth century. It was built in 1838 by the Wheathampstead brewer John House. In 1839 a “Friendly Society” was established there. Members could claim a free pint of beer when they paid their quarterly subscriptions.

The licencees were members of the Archer family which had some 200 years’ association with the trade. One son, Frederick Archer, was often mistaken, by visitors to the Races, for Fred Archer, the famous jockey. The name “The Silver Cup” is presumably taken from a trophy at the Harpenden Races, which started in the 1830s, but were not a regular fixture until 1848, when they were held annually on the Common until 1914.

In 1832 a Friendly Benefit Society was founded at the Silver Cup. Its rules of 1839 were introduced in verse:

The natural pond on the Common nearby was called “Vyse’s Pond”, but was renamed “The Silver Cup Pond” when, in the 1899 it was concreted to form a paddling and model boating pool. For the celebration of the coronation of King George V in 1911 a lighthouse was built in the middle, and fairylights were suspended around the pond.

By the 1960s pollution of the pond by traffic dust and litter made it a health hazard, and it was filled in and grassed over.

NB Is the car-park on the same site? 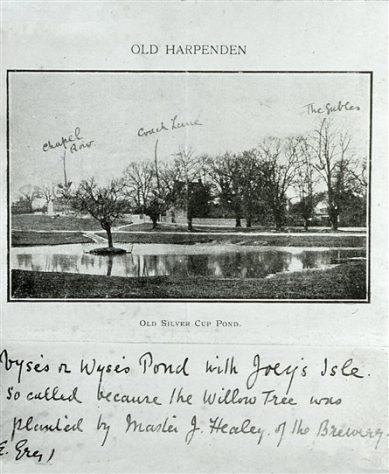