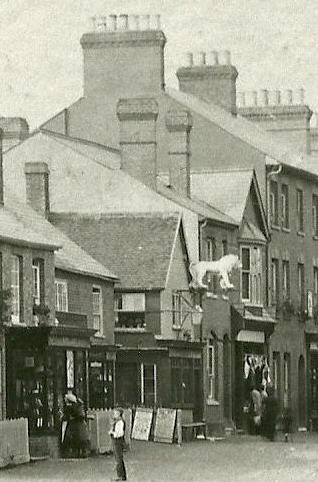 Detail from a photo of Harpenden High Street, c.1900

The White Lion is first recorded in 1871, but its landlord, William Robinson was earlier at the nearby Marten Cat, of which we have little other evidence.

This little Victorian pub features in a number of early photos of Harpenden High Street, with a substantial model of a lion standing on the wrought iron bracket.  This survived into the 1950s, but has later been replaced by signs hanging from the original bracket. 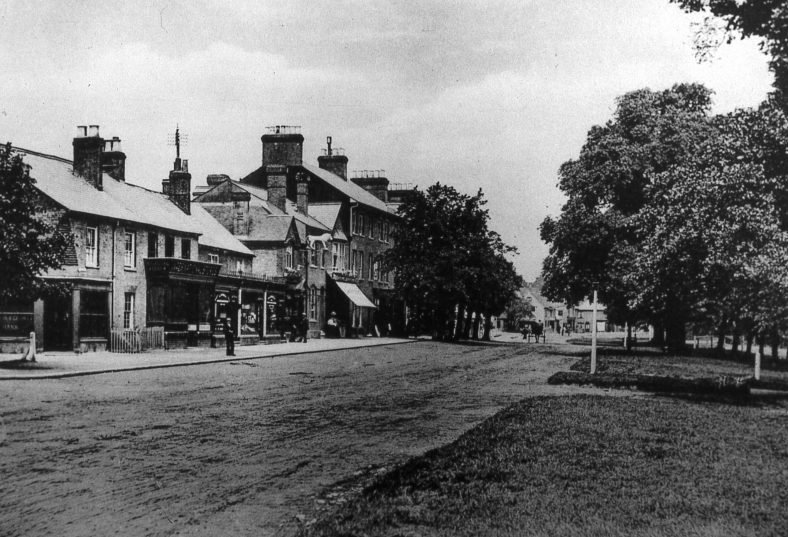 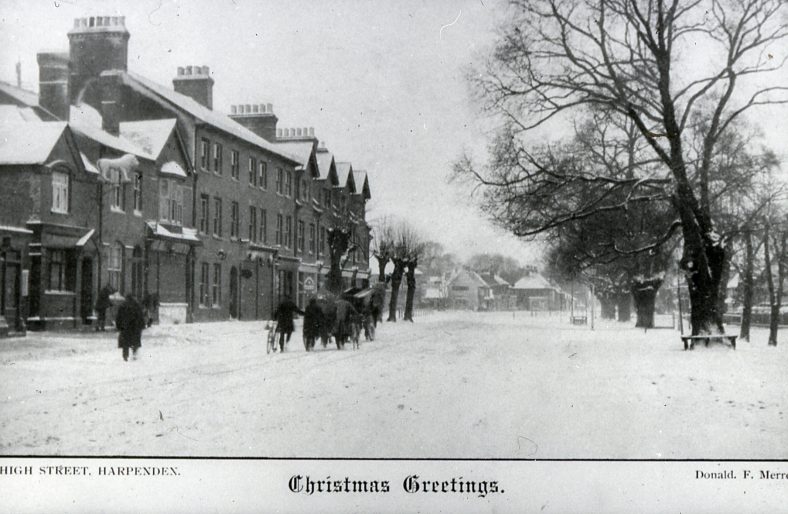 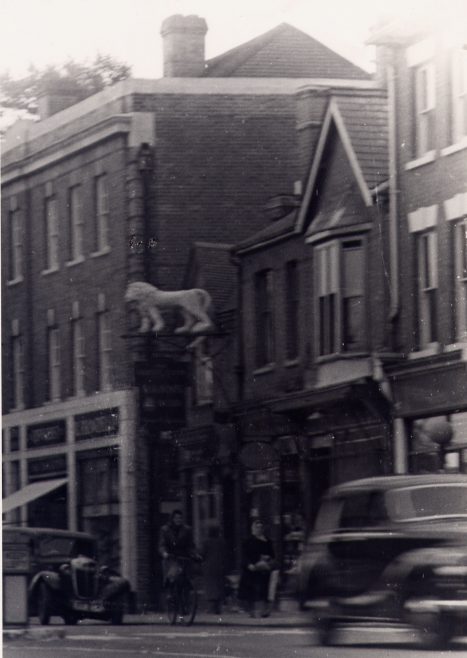 Detail from a photo of Harpenden High Street in the 1950s 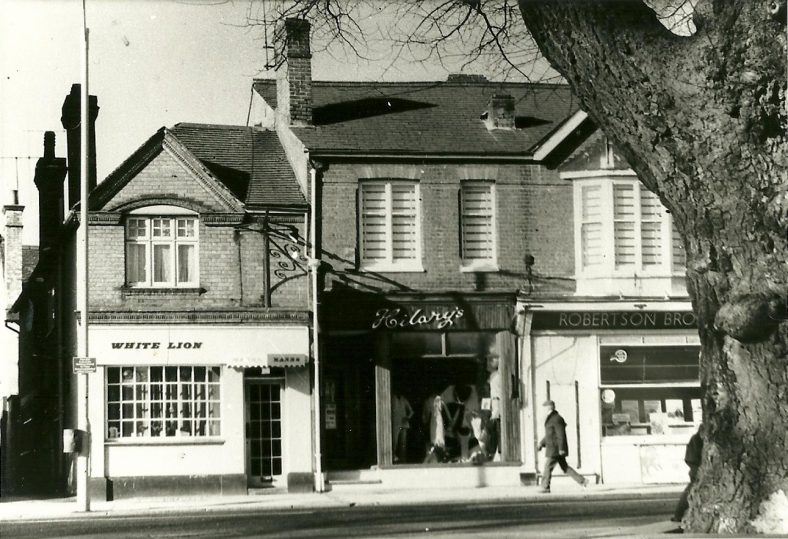 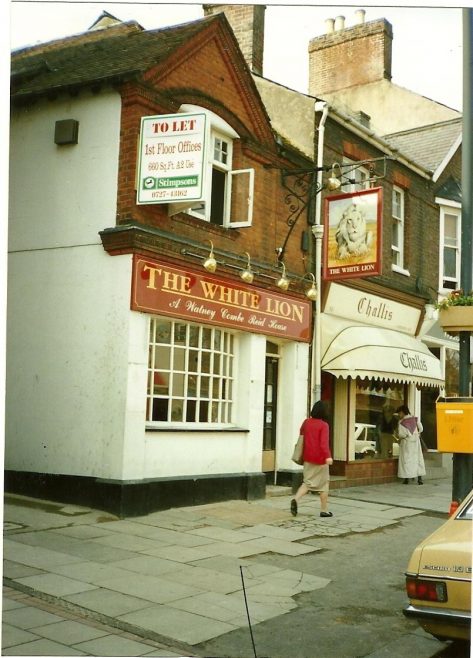 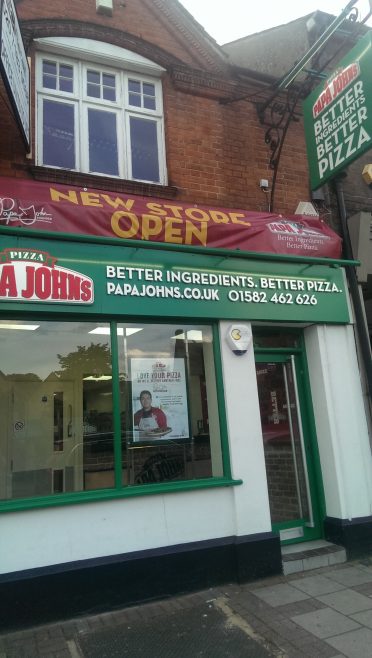