Serving new communities, north, south and east from the 1870s 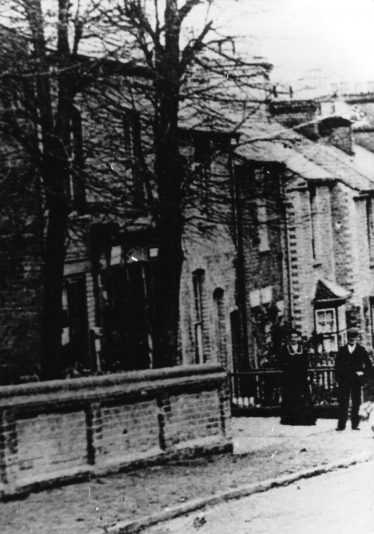 It appears that the first ‘sub’ post office served the Bowling Alley from around 1900 from 45 Cravells Road, run by Harriet Humphries until about 1926.

However, Kelly’s Directory for 1901 also lists Albert J Carter as postmaster and grocer at 102 Wheathampstead (later Southdown) Road – though his family home was at 97 Wheathampstead Road – nearer to the railway bridge, and now the site of Walkers Court. Maybe this was just a short-term venture.

In 1927 Stanley and Eva Bates started the Southdown Post Office and Newsagency business at 126 Southdown Road (TaxAssist accountants in 2017). When the parade of shops at the corner of Southdown Road and Piggotshill Lane was built by the local builder Josiah Thomas Fowler, Stan and Eva purchased 135 Southdown Road and transferred their business to that address where they continued to flourish, with their daughter Eileen taking it over, probably in the early 1960s. 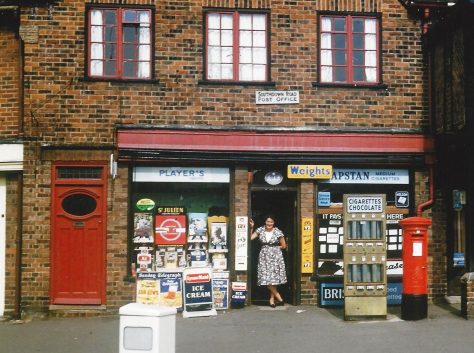 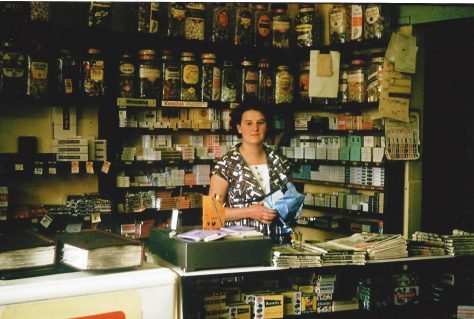 Balfour News were taken over by the Co-operative Group in 2004, but when the lease expired, the Co-operative Group, who were then negotiating the takeover of the Somerfield supermarket, sold the Balfour shop. The Post Office were reluctant to maintain a sub post-office in Southdown, but the Co-op was able to negotiate for it to be moved into the new store on 18 November 2010 – where it is much appreciated. 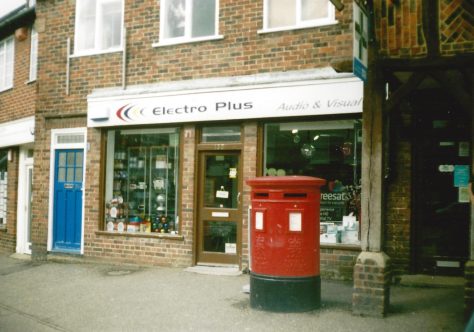 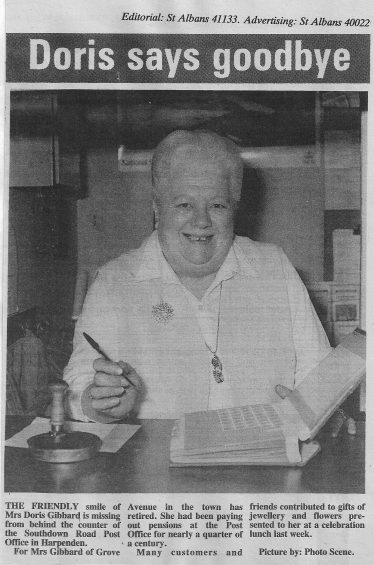 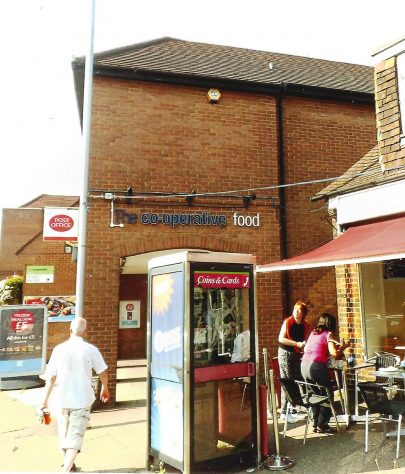 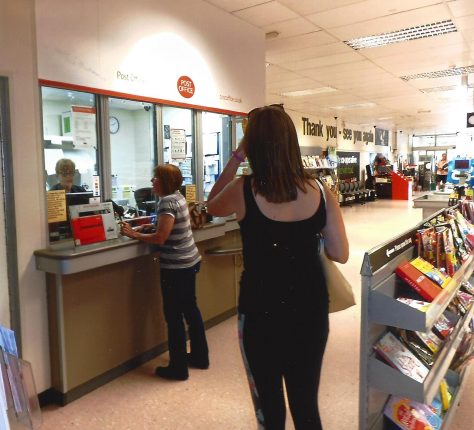 The post-office at the corner of Station Road and Marquis Lane opened in the mid 1880s, and survived on the same site until it was forced to close on 14 October 2008 – one of a series of closures. The row of shops and houses, with dormer windows, opposite the Great Northern/Railway Inn built in the 1880s appears to have been rebuilt in the 1930s. 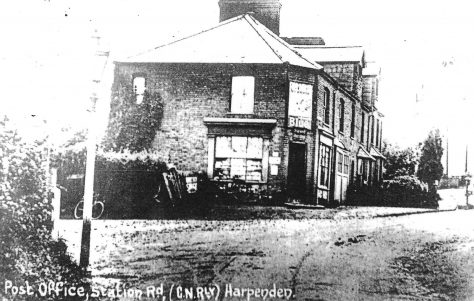 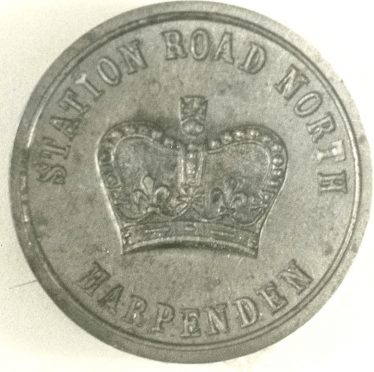 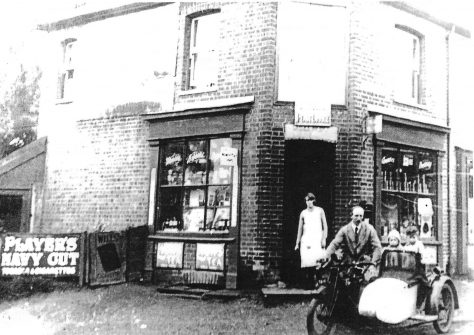 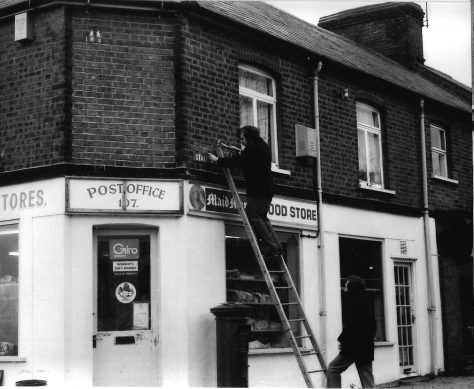 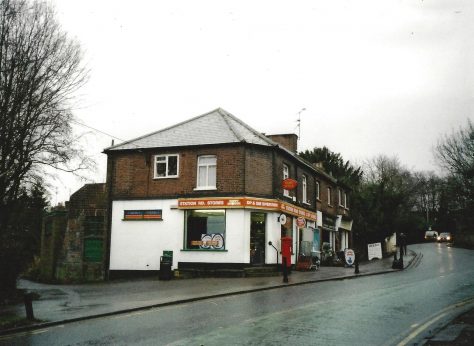 Unlike the closure of Luton Road North, the campaign to protest at the closure attracted local press attention – though without affecting the outcome. 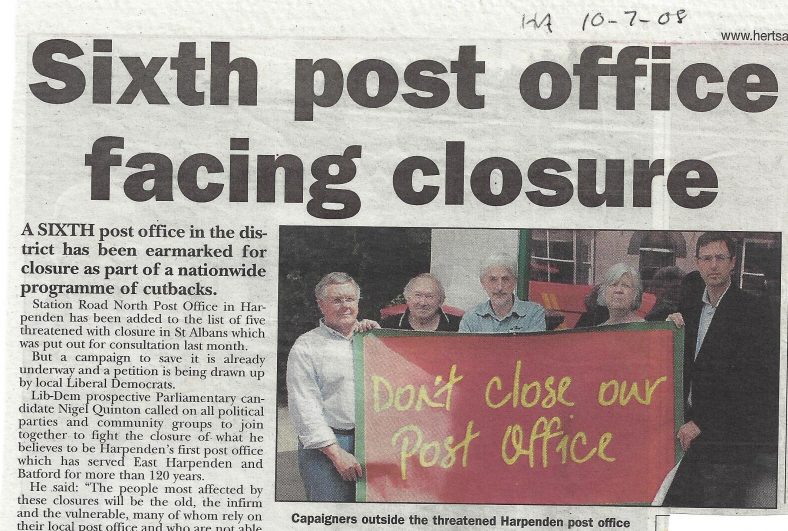 The post office serving Harpenden north of the railway (now the Nickey Line trail) was opened between 1900 and 1908.  it closed, despite protests, in 2004 – the first of the Harpenden sub-post-offices to be targetted for closure. 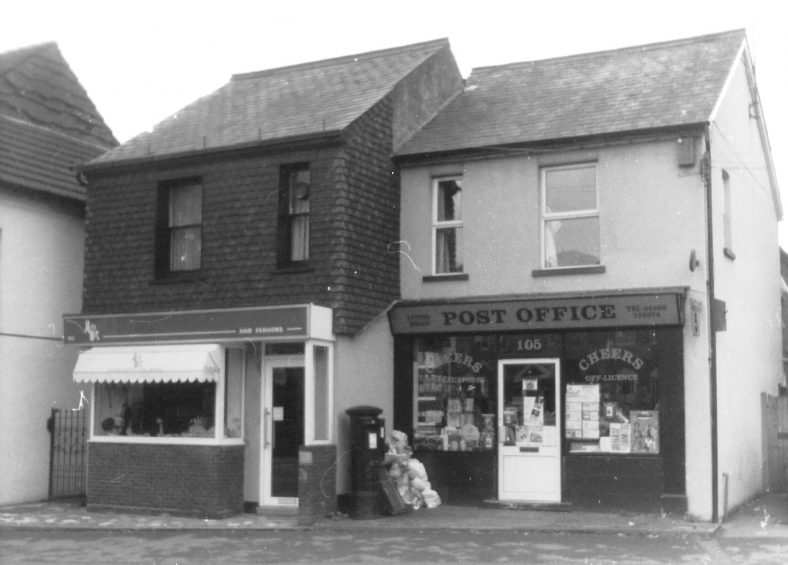 The sub-post office serving Kinsbourne Green opened in 1937, and remains busy and open. 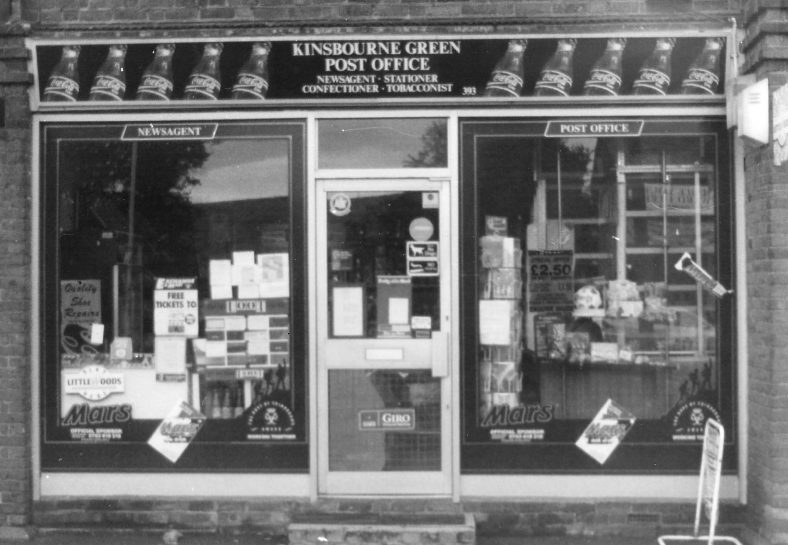 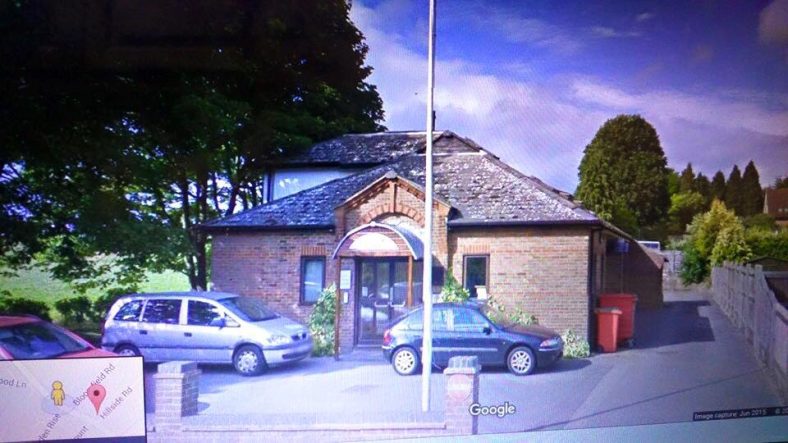