A delight to children 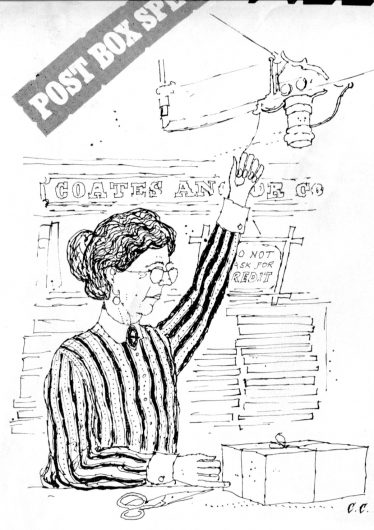 Cartoon in This England – 1975. Credit: cutting in LHS archives

Hertfordshire Countryside (September 1974) followed by This England in spring 1975 carried articles by Eric Meadows, when there were still some fifty cash railway systems around Britain – including at A Anscombe & Sons in Harpenden. When Anscombe’s closed in 1982 it was one of the last in operation and the system was divided between a number of museums – unfortunately Harpenden had no suitable museum premises at the time.

Cash transit systems were invented in America in the early 1880s by Mr Lamson. He had a long narrow shop in Boston, Massachusetts, with a cash desk at the rear. In order to get money to and from the cashier, a practice was begun of wrapping cash in a handkerchief and throwing it over the heads of the shoppers! Results were sometimes disastrous, so Mr Lamson invented an overhead system of wooden rails, one set inclined towards the cashier, the other towards the ‘point of sale’. He cut a croquet ball in half, turned a screw thread on it, and placed the money in the hollow ball. This method is known as the ‘wooden ball system’. 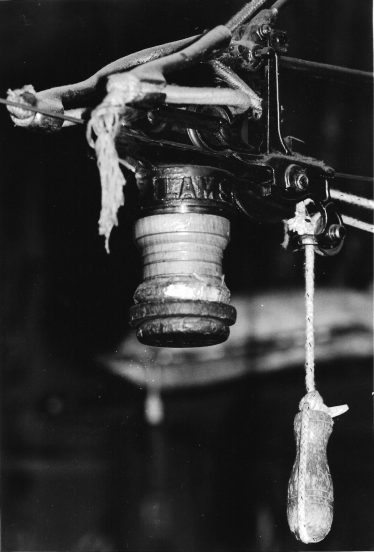 The next development in 1888 was the ‘Rapid Wire’ system. A cylindrical wooden cup with screw-on base was projected by a catapult mechanism along a taut wire, travelling on grooved wheels suspending the cup from the wire. These cups could travel a good distance, including round corners, without need of gravity by incline. This system was in turn replaced by the pneumatic cash tube, also made by Lamsons, where suction was maintained on a system of steel tubes. Carriers were inserted in the tube, and travelled at about 30 mph to a distant central cash desk. The carriers had felt ends to ensure maximum suction, and a slot opened by screwing the ends: money and the bill were inserted into the receptacle.

Though of American origin, more ‘Rapid Wire’ systems were installed in Britain than elsewhere in the world. The Lamson Engineering Company set up in London in 1890, and continued to manufacture and install overhead railway systems until the 1970s.

Anscombe’s had what was probably the largest ‘Rapid Wire’ system still in regular use when they closed. It had seven cables. It also had a unique feature – the only terminal upstairs then still in existence which shot the cash-cup vertically downwards through a hole in the floor, then round a right-angle bend and along below the ceiling of the ground floor. Few terminals of this type were made, as most of the upstairs terminals had the cable straight from them to the cash desk at an angle of thirty degrees. Unfortunately we do not have records to show when it was installed.

Time to wrap the goods

The system was efficient: the shop-assistant could wrap the goods while the return of change and receipt were awaited. This delighted many a child. As Mrs P Hofton of Hatching Green wrote in 1975: “I never thought of it as unique, but when shopping with my two small grandchildren in Anscombe’s they were fascinated by the money being put in a little box, the handle pulled and the box whizzing along the wire to the cash desk. They were even more excited when the box returned with my change, and would both have spent the morning happily buying one item at a time in order to see the railway working!” 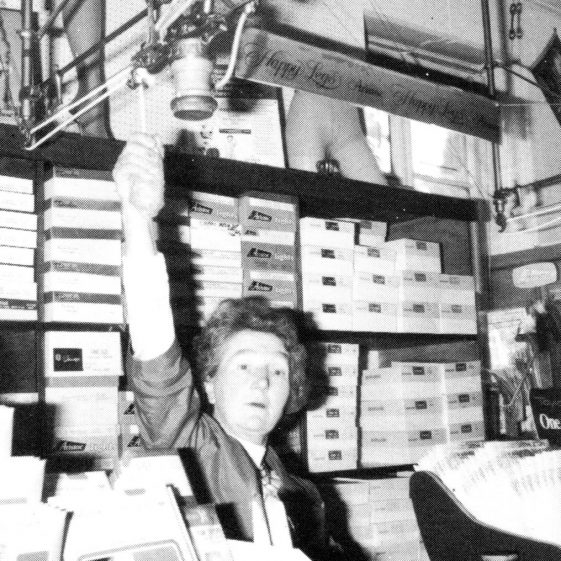 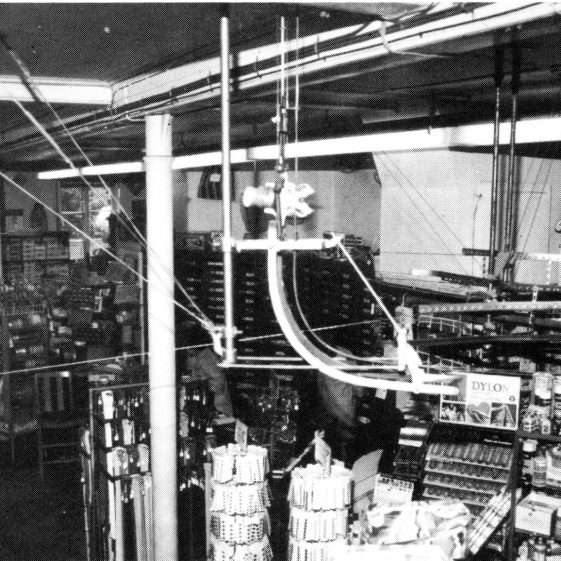 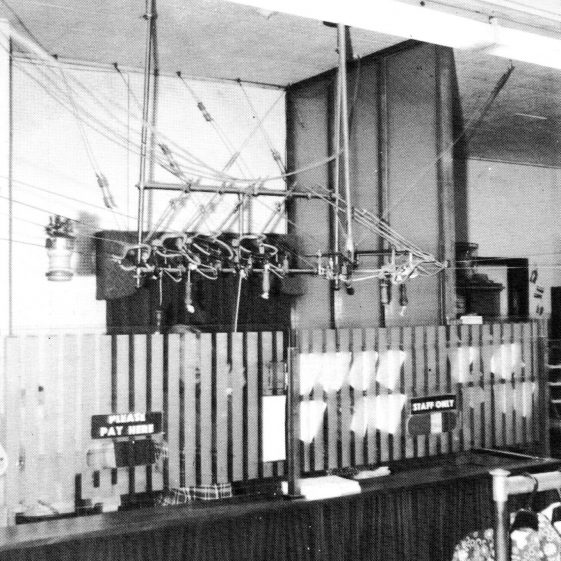 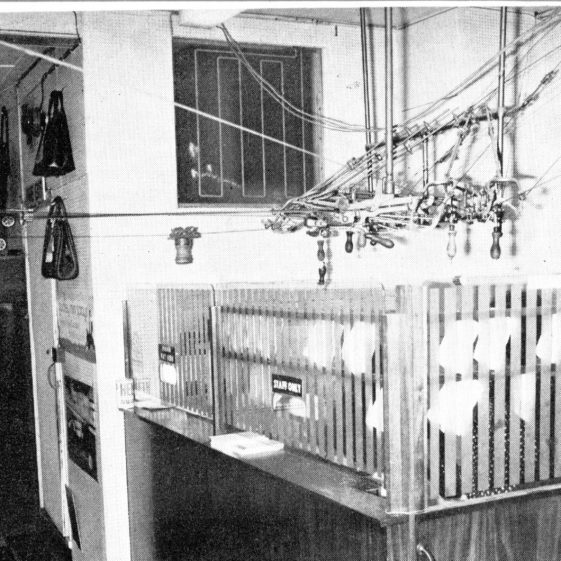 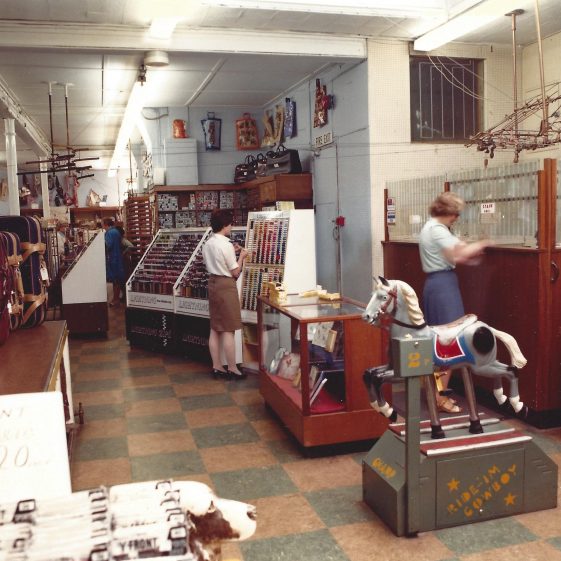 By Eric Meadows, edited by Rosemary Ross, with additional correspondence from 'This England' 1975