Owner of a music shop in Station Road 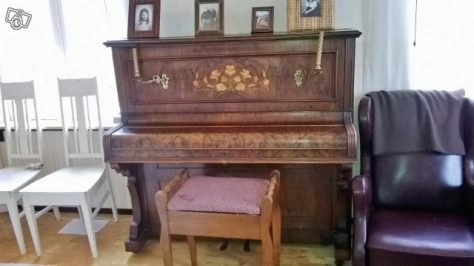 These photographs of an elegant piano with ‘E R Billingham Harpenden’ on it were sent to the Society by the piano’s new owner in Finland who asked if we had any details of the firm. 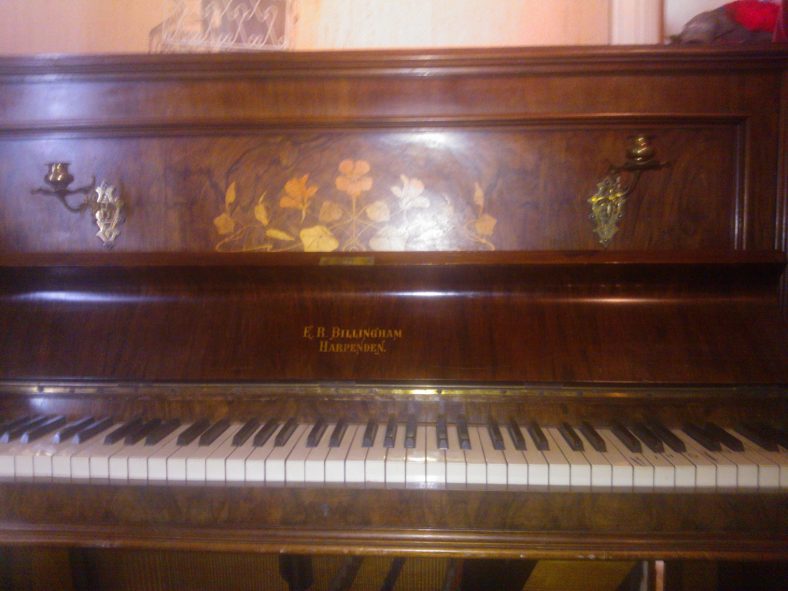 ‘The shop was at 12 Station Road and  had just been built when Billingham moved in in 1898. 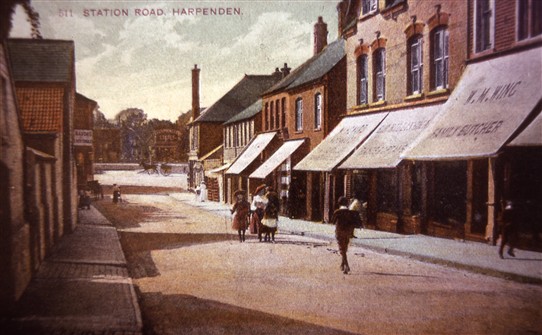 Although described in advertisements as shop and warehouse, Geoff says it was only a shop, so possibly ‘warehouse’ was added to make it sound a bigger concern than it was also that he was unlikely to have made pianos, just acted as middleman (see range of makes offered) and being a good customer could put his name on the instruments.

The current owner states ‘the piano was made sometime in the 1800’s, but it has older machinery in it.’ As Billingham advertised that he repaired pianos could this mean that he also cannibalised them to make up new instruments and it was possibly these that bore his name?

Census returns indicate that Edwin Richard Billingham was born in Toddington 1869/70. In 1891 he was with his widowed mother and siblings, William, Charles, Annie and Emily in Luton. Edwin was working as ‘Clerk for Wine Co.’and was also described as organist. Both his brothers were Clerks and Charles also as an organist

In 1911 Edwin and his four children (one born in Luton the others in Harpenden) were in Station Road so presumably living over the shop.

Other snippets of information: 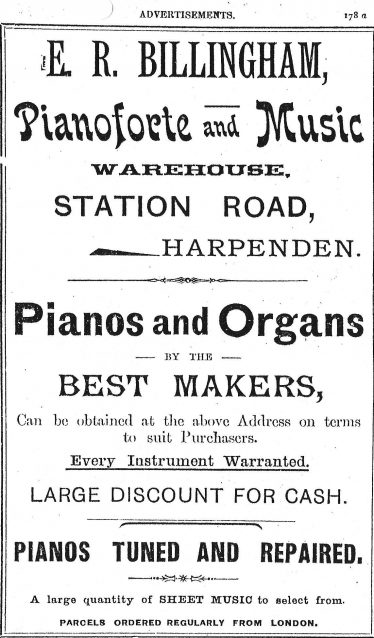 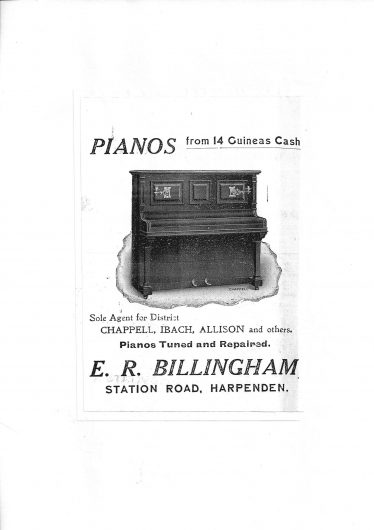