Transcript of a document in the LHS Archives - written in 1990s 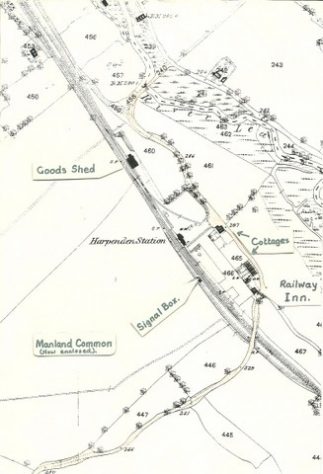 Harpenden got its first station as part of a wider scheme to bring a railway from Welwyn to Luton basically following the River Lea valley. The line opened on September 1st 1860. Running west from Wheathampstead past Leasey Bridge level crossing, it followed the contour until reaching Crabtree Lane where it ran through a deep cutting and under Station Road into Harpenden Station – itself in a cutting. From here it continued towards Luton Hoo along an embankment solely to get it over Ox Lane by means of a bridge, and then down a dip to go under Westfield Road (notable for flooding in wet weather) then into open countryside.

There would have been a second bridge past Ox Lane if the original proposal to bring the Nickey Line to Harpenden East had been carried out. The local company that built the line had little if any cash and only provided temporary building at most of the stations. 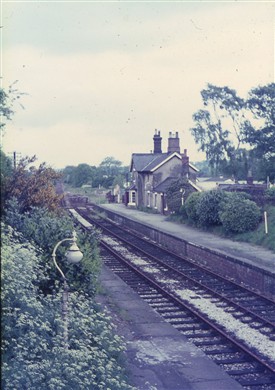 The GNR took over the working of the line from the start and sent out tenders for new building on 23rd May 1862, built at a cost of £1,000. As well as the main entrance from Station Road there was a footpath from near Station Road bridge and on the west side a path connected Ox Lane to the station. There was a small goods yard north of the station, a goods shed with a track running through it, stables for the railway horses that once worked here and an old wagon body, where straw had been kept for the horses. By the entrance to the goods yard was a weighbridge and office and behind this ran the coal siding. Beside the station was a cattle dock and ramps to allow road vehicles to be loaded.

The actual station building stood on the east side of the line and included a stationmaster’s house, booking office, waiting room and toilets. Opposite on the down platform was an open shelter with a seat and at the end of the platform was the signal box, a brick structure clad in Virginia creeper most of its life, from where the passing loop was controlled. 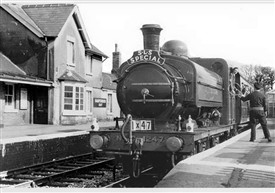 In the 1920s passenger trains catered mainly for local traffic to Luton or Welwyn Garden City, but the first morning train went through to London, and an evening train came out from London to Luton without changing. There was very little time difference between this route and the so called direct line of the Midland. There were many special trains run, to places like Barnet Fair, London and east coast resorts from Skegness to Great Yarmouth and the occasional one to Kent. There were sometimes ‘specials’ such as when the Ramblers Association ran a George Bernard Shaw special to Wheathampstead and Harpenden giving them time to ramble before returning to Clapham Junction.

On the freight side it was mainly coal that was needed. Freddie Seaman and R[umpus] Grant used a horse and cart to supply Randalls Nursery and Stan Lawrence used his lorry to deliver coal to the Electric Hose & Rubber Company at Batford, this being a full time job for all those concerned. Randalls also received manure from London Zoo and this had to be moved by cart.

Prior to the First World War (WWI) there was a lot of horse traffic from the Newmarket area to Harpenden for the Races on the Common, but this all ceased in 1914.

Watercress from the local beds provided a large traffic at one time, when a van on the end of an up passenger train was provided especially for this, and for tomatoes, also on their way to Covent Garden.

A rather more unwanted trade from 1924 was the refuse from London bound for Blackbridge dump at Wheathampstead in open wagons until 1955 when special arrangements were made to allow trains to go straight to the dump; they came to Harpenden to reverse. It is said when the refuse train stopped running, so the flies left as well.

The platforms were backed by grass slopes into which gardens were cut. On the banks were laurel bushes, broom and rhododendron bushes and the fence at the top had enamel advertising signs along it.

The oil lights were replaced in September 1937 with electric lights and later after nationalisation when Harpenden became Harpenden East and part of the Eastern Region of British Railways, new blue name signs were erected on 25th September 1950 only to be changed to maroon ones two years later when the Midland Region took over from Harpenden towards Luton.

The steam engines that worked the line came from Hatfield Shed but by June 1959 new diesels were working on the line and on 2nd January 1961 Hatfield Shed closed and the diesels took over completely.

The Beeching Report of 1963 saw the end of the branch and the last train ran on 24th April 1965. There was a small amount of freight for Luton only, as by now Harpenden had lost its sidings. The goods shed was demolished in 1964 and the end finally came when a connection with the Midland main line was put in at Luton, allowing closure of the line through Harpenden.

All the signal arms were removed quickly, and a couple of points removed for use elsewhere. Actual lifting started behind Wroxham Way at 3am on 8th May 1966 much to the annoyance of local residents when a large road crane was loading track onto wagons hauled by D5191. The Eastern Region started lifting eastwards on 26th February 1967.

The station buildings and signal box were demolished and an air of dereliction hung over the area.

Martham Court stands on the site of the former station and Waveney Road was built on the actual track bed, with a link road from West Way to connect to it.

Jarvis the builders erected an office block on the former goods yard and coal siding and used the original entrance to the station – now Mallard Close.

Beyond the end of Waveney Road the embankment remains as a part of the Lea Valley Footpath, and carries on north-westwards past Westfield Road where the bridge was removed and the cutting filled in. On the south-eastern section the path has to divert away from the former station area and now starts again at Marquis Lane where it continues to Leasey Bridge.

Influence of the railway

Even the local area appeared to be governed by the railway as the farm opposite the station was Great Northern Farm until 1936 when it became Station Garage, and then Pinneys, before demolition and the building of St Stephen’s Court, which backs onto Batford Springs Nature Reserve.

The public house by Marquis Lane was the Great Northern Inn, later becoming the Railway Inn until August 1963 when it became The Dolphin, after the local landowner, Dolphin Smith of Mackerye End. Further name changes have followed – currently Bistro Mark Gautier at the Amble Inn (2019). 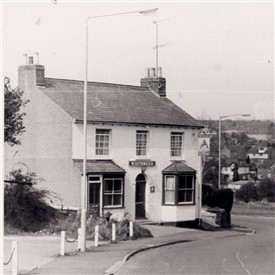 Just above the bridge in Station Road was the Great Northern Stores, a small grocery shop run by the Buck family 1904-1962 and the nameboard and contents of the shop are now in Luton Museum.

There used to be a footpath from Station Road to Batford Mill crossing the line halfway along Marquis Lane but this was closed in 1884 and caused a lot of upset as it was a direct path. The same year the footpath from Manland Common to Batford was made to go under a subway instead of over a level crossing, and kiss gates were put at the boundary of railway land. The gates were removed in October 1952 to make it easier for prams. 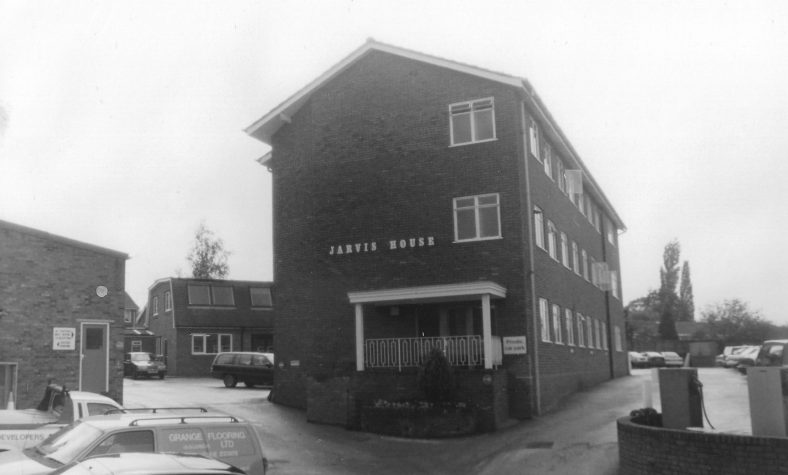 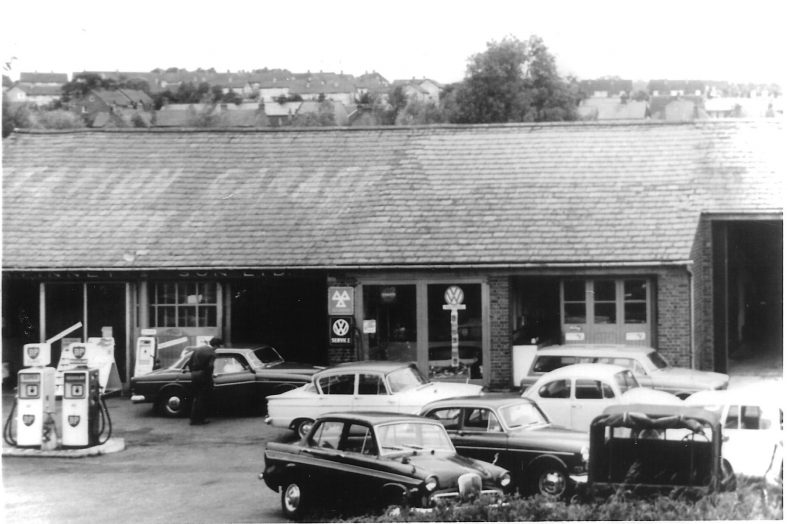