The Great Northern Railway, Harpenden, in the 1950s 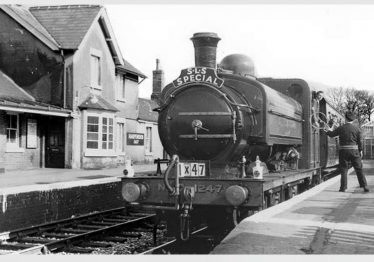 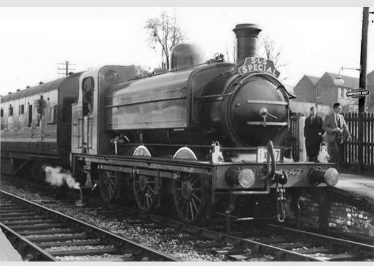 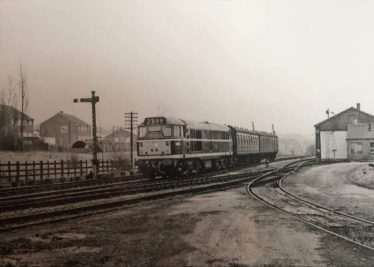 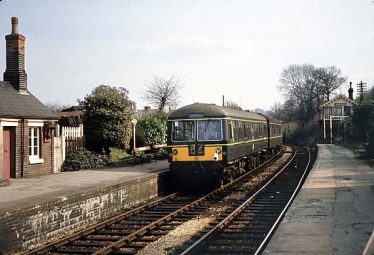 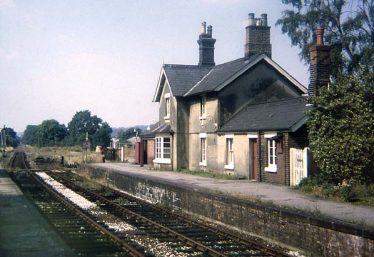 zoom
Harpenden East station in 1966, when the line to the south had already been lifted
Ian Baker - https://disused-stations.org.uk/h/harpenden_east/index.shtml 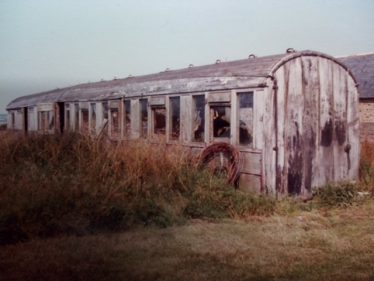 zoom
Remains of an LNER twin art set found in Aberdeenshire 1984. This was built slightly later than the examples used on the Welwyn - Dunstable line.
Paul Johnston

I was born in 1953 and we lived at 30 Langdale Avenue. The railway was in a cutting at the bottom of the garden and spawned a lifelong interest in trains and railway preservation. In the 1950’s, passenger trains were usually N2 or N7 tank locomotives hauling a Gresley twin art set. My parents often used the line to go shopping in WGC. On one trip, the driver offered to take me on the footplate and blow the whistle. I was only about 3 years old and wanted my Mother to come with me on the footplate but she wouldn’t and handed me to the driver – and I promptly started crying, so he handed me back to her!.

Our annual holiday usually began at Harpenden East because my Parents didn’t have to lug the suitcases to Harpenden Central. We would walk down the ramp from the Station Road bridge and on to the platform that had a weighing machine for luggage back then. The train would take us to Welwyn GC where we changed on to an ‘express’ to London, probably one of the ‘Cambridge Buffet’ services formed of Gresley Corridor carriages. I remember travelling in one of the distinctive Gresley ‘open third’ carriages wearing ‘Blood and Custard’ livery when I was about 3.

One day there was a fire in the cutting at the bottom of the garden, so my Father phoned the fire brigade, who laid their hosepipes down the garden and through the hedge, much to my fascination.

When I got a little older and started School, I made a secret hole in the hedge and spent most evenings watching the trains. There were a lot of freight trains and I remember one evening seeing quite a long one hauled by a ‘WD’ Class loco, which I could hear clanking from quite a distance. My friend Ralph Brade lived in one of the bungalows in what was then called Sewer lane and his garden backed on to the Railway as well, but on the other side. His Parents would often see us on the train to Welwyn Garden City on a Saturday. Returning home one evening, the guard had locked the carriage doors on the ‘Harpenden Platform’ side so we couldn’t get out!. He soon unlocked them for us though.

In September 1959, we moved to Station Road, so I missed my train spotting slot at the bottom of the garden. Just before we moved, Diesels began to make an appearance. I was in my last year at Batford Infant School back then and when we moved, one of the teachers would walk me to School via the Station, where a goods train from Luton (Vauxhall) would be waiting in the platform for the token. The Driver would usually give me a sweet.

By 1960, Diesels were very much in evidence, usually a class 20 on the 2 coach passenger trains. One one trip to Welwyn GC, we were hauled by a baby Deltic on the return run. I can also remember class 26 and class 31 locos amongst others. From around 1962, 2 car Cravens DMU’s were handling the passenger trains until closure in 1965.

In my ’20’s I became involved in saving and restoring some of the old Gresley carriages, by which time most of the survivors had been stripped of much of their interiors for use as ‘Departmental’ coaches. I found out that some of them were scrapped at Inverurie works in Aberdeenshire, who sold the teak bodies to local farmers. I spent much time locating these and salvaging parts. I passed this information to my mates from the LNER Carriage association who have now purchased a small fleet of Gresley coaches and restored many of them. You can ride in these on the North Yorkshire Moors Railway.

Ed: You might be interested in the history of the Great Northern line through Harpenden and other memories