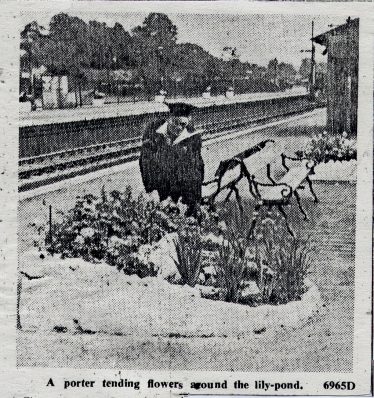 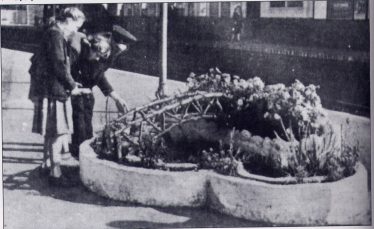 “Glowing flower-beds and window-boxes at Harpenden Midland Station, which have been greatly admired by travellers, have now received praise from a higher quarter”. In August 1949 they were awarded second prize in the London section, Midland area, station gardens competition – to the surprise of the station-master Mr W J Bland.

Two years previously the railway staff, headed by the station foreman, Mr S Buckingham, sought permission to make flower beds. With bricks, cement and whitewash they made the white stone beds on the platforms and a narrow bed against the fence. They made wooden window-boxes for platform 1, put tubs on platform 4 and on platform 2 built “the station’s proudest feature – a lily-pond with goldfish in it”.

In those days there were enough staff – and time – to take pride in the station’s appearance!