Rothamsted and the Midland Railway Company

Correspondence about an entry in The Panoramic Guide in 1869 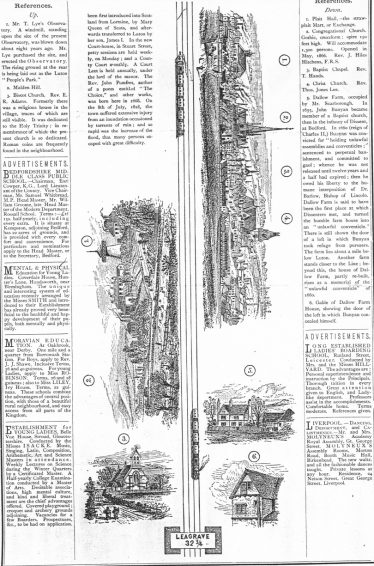 Within its archives Rothamsted Library has documents relating to correspondence between publisher Robert Kemp Philp, on behalf of The Midland Railway Company and Dr J.H. Gilbert, co-director, chemist and scientific collaborator at Rothamsted laboratory. The documents include a letter dated 1869 written by Dr Gilbert regarding the work at Rothamsted, in response to Mr Philp’s request for details with a view to including them together with sketches in a proposed “Panoramic Guide” for railway passengers. Plans for the guide are included together with a draft of “finished” pages.

A copy of the correspondence was passed to Eileen Haines, and has emerged from her papers given to the Society. Kitty Moores has investigated to find out if the Panoramic Guide was ever published.

Dr Gilbert wrote out the questions in the printed circular and then his responses, which gives an insight into the work at Rothamsted at this time.

The Editor of “The Railway Panoramic Guide” will feel extremely obliged by your answering, as briefly as possible, either or all of the following questions:- 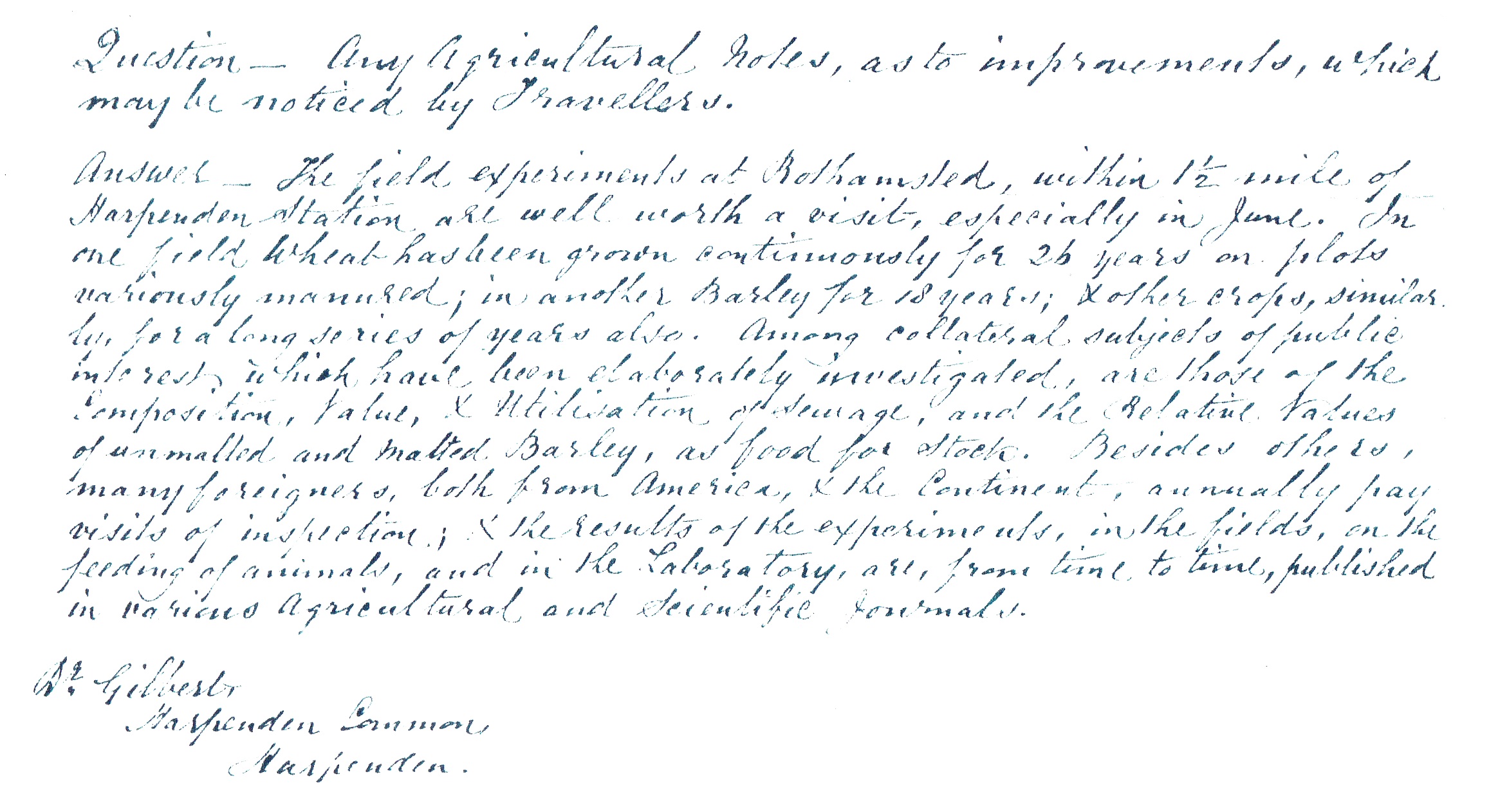 The Guide was duly published. However few examples are in existence and it is classified as a “Rare Book”. Copyright laws prevent publication of images from an 1873 edition or of a “new edition” published in 1875. However, some general details of the books are: softcover, 12” x 8”, 76 pages. Apart from a half page drawing of St. Pancras Station, there are only occasional thumbnail sketches of a tunnel or bridge. The overall layout of the pages is as Philp proposed, but advertisements are located at the end of the book. Under the heading of “Agricultural Notes” there is a description of Rothampstead (sic) “Laboratory of Agricultural Chemistry”  “having the appearance of a chapel” and its work, written almost entirely as in Gilbert’s letter. On the opposite side of the page, a few lines on Harpenden describe it as formerly belonging to the “Hoos of Offley” (sic) with the inhabitants “employed in agriculture, straw plaiting, sewing, bleaching and brewing”.

The Official Guide to the Midland Railway

A later publication, in 1894 “The Official Guide to the Midland Railway” a volume of some 500 pages, contains a more detailed description of Harpenden itself, with the General Post Office in “London Road” [The High Street premises of D B Skillman]. Information on the activities of Rothamsted is limited. It mentions the Anniversary Stone (which commemorates 50 years of research, and transported from Cumbria by the Midland Railway,) “upon Harpenden Common”.

The Midland Railway in Harpenden

Dr Gilbert’s letter is dated 1869 and The Midland Railway Company had opened the line through Harpenden to St Pancras the previous year.  It ran alongside the eastern border of Welcombe, the estate belonging to Midland Railway director (and Harpenden benefactor) Henry Tylston Hodgson. Henry, having been elected in 1873, at the age of 30, as a Director of the Midland Railway, was also on the boards of several other railway companies and a director of the Midland and Great Northern Railway Company. Henry’s wife, Charlotte Purefoy Lloyd Warde was the daughter of Marianne Warde nee Marianne Bennet Lawes, who was the sister of John Bennet Lawes, owner of Rothamsted.

This would seem to explain why research at Rothamsted is the only topic covered. Was Henry establishing his credentials with his uncle-in-law? 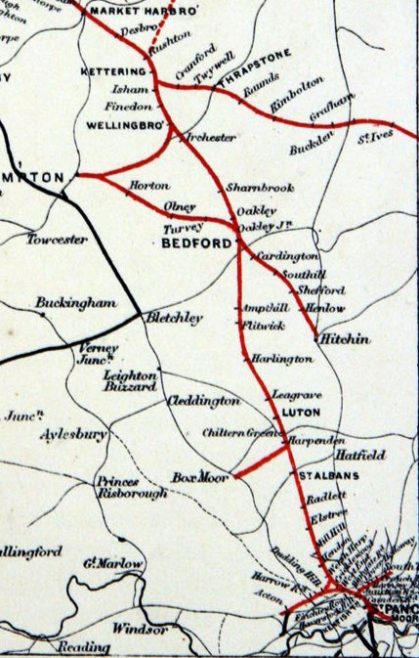 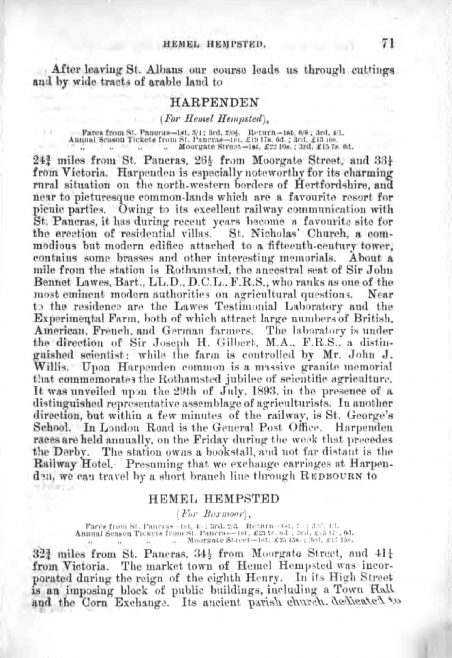 Description of Harpenden. Credit: The Official Guide to the Midland Railway, 1894 edition