From Harpenden direct to London in the 1860s 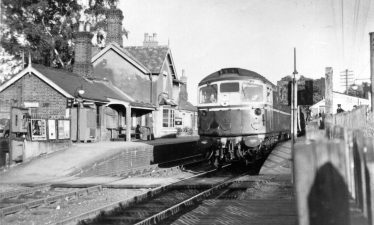 zoom
Harpenden East Station, with the first diesel train to run on the line on passenger service, working the 6.07pm London to Dunstable on 15 June 1959
Geoff Woodward 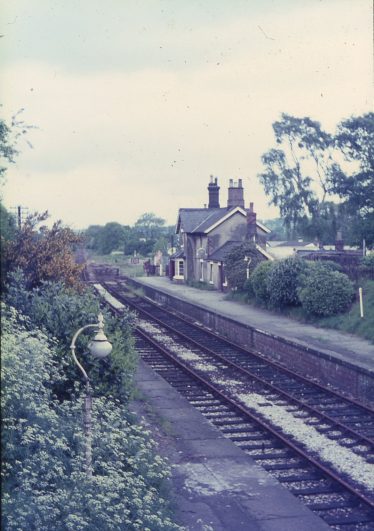 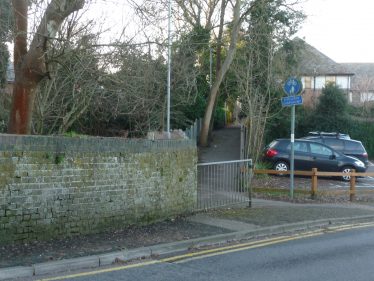 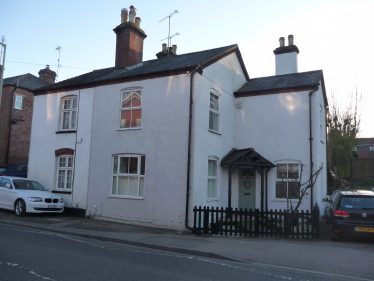 zoom
210 Station Road - commonly said to be the Station master's House. However it possibly pre-dates the railway, and the Station master lived in station buildings alongside the track.
Gavin Ross, February 2014 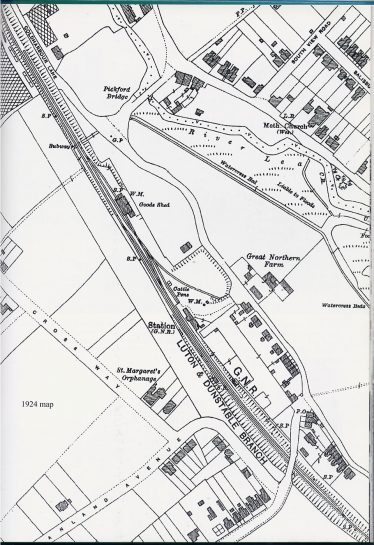 The first railway to come to Harpenden was the Great Northern Line from Hatfield to Dunstable, which opened in 1860, eight years before the Midland line was opened.

In 1923 the Great Northern was merged into the London and North Eastern Railway Company and later, in common with all the other Railway Companies, it became part of British Rail. The line, which had at some time been extended to Leighton Buzzard, was closed in 1965 as part of the Beeching programme.

The Great Northern Station* stood where Hickling Way is now. The Station buildings, which included the Station Master’s House, ticket office and waiting room, were on the East side of the lines and there was a small open-fronted shelter on the other side.

The main entrance to the Station was where the entrance to Jarvis House (Mallard Way since 2006) is now and foot passengers could also reach it from the path from Station Road bridge (at the side of Kingdom Hall carpark in Hickling Way), from which they descended steps to the platform, close to where ‘HARPENDEN’ was spelled out on the bank in white stones. After West Way was developed, there was a second entrance from there for foot passengers. To the North of the Station were the sidings and a shunting yard and the large Goods Shed and beyond that was a subway for the footpath across Manland Common from the High Street to Batford (now Thompsons Close, Stewart Road, Manland Way).

Except in the Stations there was only one line and each engine driver had to carry a “staff” to ensure there was only one train on each single section of the line. These staffs were metal tubes about two feet long. The centre of the one used on the section from Ayot to Harpenden was flattened into a diamond shape and the centre of the one used from Harpenden to Luton was flattened into a crescent.

It was a busy station as in addition to the passengers travelling in both directions, many goods were carried, some in vans on the passenger trains and others on goods trains. Local home workers took large boxes of hats to Luton. Tomatoes and cucumbers from Randall’s Nurseries went to London as did large quantities of locally grown watercress in long flat baskets made by Mr Frost from the osiers which he grew locally. Horses, which were walked to the Station from Childwickbury, were entrained here for Newmarket, from where, or some say from London Zoo (see Comment below), manure was brought regularly for Randalls.

This article was first published in Newsletter 38, September 1995

For a much fuller account see: The Hatfield, Luton & Dunstable Railway (and on to Leighton Buzzard),1977,by G and S Woodward. and Branch Line to Dunstable, by Sue and Geoff Woodward, 2008, Middleton Press, with 120 photos.

By C M Clutterbuck with amendments by Geoff Woodward