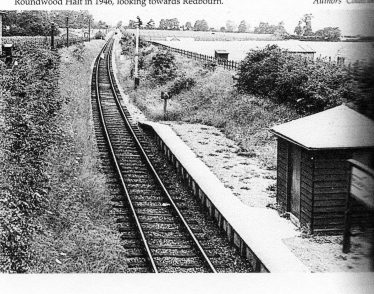 Roundwood Halt in 1946, looking towards Redbourn

The Nickey Line, as we in Harpenden call it, really has its origins in Hemel Hempstead.  The London and Birmingham Railway passed through Boxmoor so leaving Hemel Hempstead on the other side of the valley without a railway, but it was not long before proposals to link the two places were made.  The first Act was obtained for this short line on 12 July 1863, but in 1866 plans changed, and connection with the newly authorised Midland Extension line through Harpenden became the main priority.

Work had started, but by 1872 time and money had run out and another Act had to be obtained to allow more time and to raise more money.

Eventually the single line was built and opened from Hemel Hempstead to its junction with the Midland Railway at Harpenden on 16 July 1877.

The Midland worked it from the outset, but as the connection with the main line faced Luton, passengers for London had to go to Chiltern Green or Luton to catch a London train.  The line was built cheaply, the cost being £140,000, and the steep gradients were to restrict the size of the trains.

The Hemel Hempstead Company that had built the line was absorbed into the Midland Railway in 1886 and shortly afterwards work started on a new south-facing curve, towards Harpenden which opened on 2 July 1888, the old route being abandoned.  For a small branch line the motive power was somewhat varied, with some of the earliest engines coming from the Somerset and Dorset Railway.  On 9 August 1905 a railmotor service was introduced in the shape of a Pullman Car and a Midland and Great Northern 4-4-0 tank engine, and at the same time halts were opened at Heath Park, beyond Hemel Hempstead, and at Godwins Siding, Cupid Green and Beaumonts at Church End Redbourn.  Roundwood Halt came in September 1927. 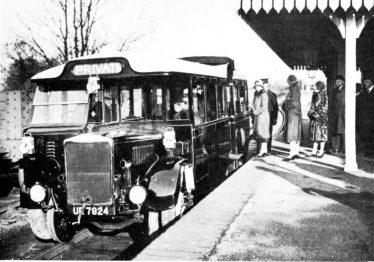 In 1877 four trains ran daily in each direction, increasing to nine in 1906, but on 4 March 1929 the service was reduced owing to the success of the new bus service.  A curiosity, called a Ro-Railer was tested on the branch in 1931 and could run on road or rail.  Whilst it caused a lot of interest, it was not successful.

The line remained in passenger use for seventy years until 15 June 1947, when the service was suspended due to a coal shortage, and not re-instated.  A goods service continued, mainly coal for Boxmoor Gasworks, but this was cut back gradually and the Boxmoor extension eventually closed on 1 July 1959.  Hemel Hempstead station closed on 1 July 1963 and Redbourn station on 6 July 1964, at which time the only traffic was ashes to the brickworks at Cupid Green.

In 1968 British Rail proposed to close the line, but the Hemel Hempstead Lightweight Brick Company (Hemelite) leased the line and ran its own locomotives to haul the wagons of ash from Harpenden Junction to their works and return the empty wagons. This carried on until 1979 when the main line was being upgraded for higher speeds in readiness for the new electric trains, and as it was not possible to cant the track and have points as well, the branch line points had to go, so marking the end of the line.  The track was removed in 1983, all going for scrap.  A few items were saved for preservation, but all that remains today are the platform at Roundwood Halt and a restored signal nearby and many rotten sleepers down the banks of what is now a walkway on the original line.

Please do not ask what is the origin of “The Nickey”.  So far we have nine explanations, all being correct ones.