You are here: HomenextHarpenden HistorynextTopics - from Archaeology to WartimenextWartime - Boer, First World War in Harpenden (WWI)nextMemorialsnextMemorial to the men of the Hertfordshire Regiment - 31st July 2017

Memorial to the men of the Hertfordshire Regiment - 31st July 2017

The Herts at War project has been researching the contribution made by men of the Hertfordshire Regiment during the First World War – a role much honoured in their local communities, including Harpenden. Until now there has been no memorial to the Regiment on the Western Front. In January 2017 Herts at War outlined proposals to set up a memorial close to the site where many men of the Regiment died on 31 July 1917, in an ill-fated attack during the great Battle of Passchendaele. 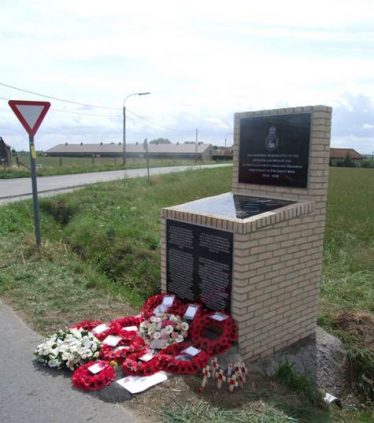 Memorial to the Hertfordshire Regiment men who died in WWI. Credit: Herts at War Project

On the morning of 31 July 2017 at 11am there was a ceremony to mark both the attack by the Regiment on the St Julien battlefield and to unveil the memorial to all men of the Regiment who fell during the whole of the war. The project was warmly supported by the township of Langemarck-Poelcapelle.  More on this Herts at War project can be found on their website  http://www.hertsatwar.co.uk/memorial.

Mary Skinner’s research into men honoured on the Harpenden War Memorial reveals that six Harpenden men serving with the Hertfordshire Regiment died between September 1916 and October 1918.  The death of James Leaning, younger son of Mrs Esther Leaning of 5 Breadcroft, is recorded as 31 July 1917 – and must have been at Passchendaele.

James was living with his cousin Mary Coleshaw at Pickford Mills at the 1901 census and with his mother and two brothers at 5 Breadcroft at the 1911 census. His mother is listed in Kelly’s Directory in Breadcroft  in 1913/14 but she died in 1915 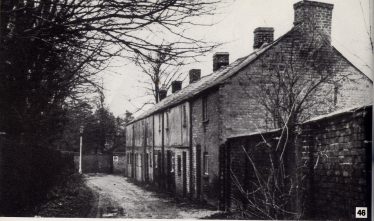 Esther’s middle son, Arthur, is included on the Harpenden Roll of Honour of 1915 having enlisted in the Navy in 1912.  He survived the war and it was probably he who married Sarah Cook in 1916 and lived in Harpenden until his death in 1975.

Harry Allen, a Gunner with the Royal Garrison Artillery, who lived in lower Cravells Road and had worked as a groom for Mr Joel of Childwickbury, was also killed on 31 July 1917.

By Rosemary Ross and Diana Parrott