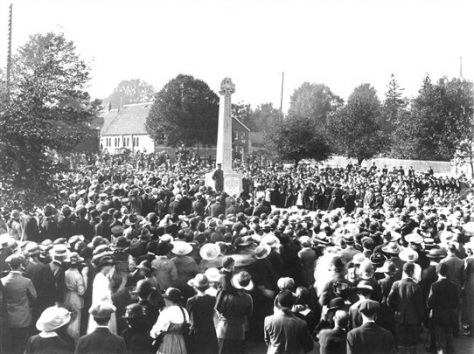 The War Memorial on Church Green, which was dedicated in 1920, has two engraved plates listing names of 162 servicemen who died in the First World War, and a further plate with 108 names of those who died in the Second World War. The lists are not complete as there are further names on memorials in St Nicholas Church and High Street Methodist Church.  Mary Skinner has put together more information about the men on the memorial from various sources.

In the First World War list there are 29 officers and 133 other ranks, nearly all serving in army regiments, of which the most local were the Bedfordshire Regiment (38 names) and the Hertfordshire Regiment (8 names).  Other more common regiments are Northants (6), Royal Field Artillery (13), Royal Fusiliers (7), Royal Engineers (6) and Royal Garrison Artillery (4).

In the Second World War list there are 42 officers and 66 other ranks, with as many RAF casualties as in the army, and 10 in the navy including two women (Wrens). 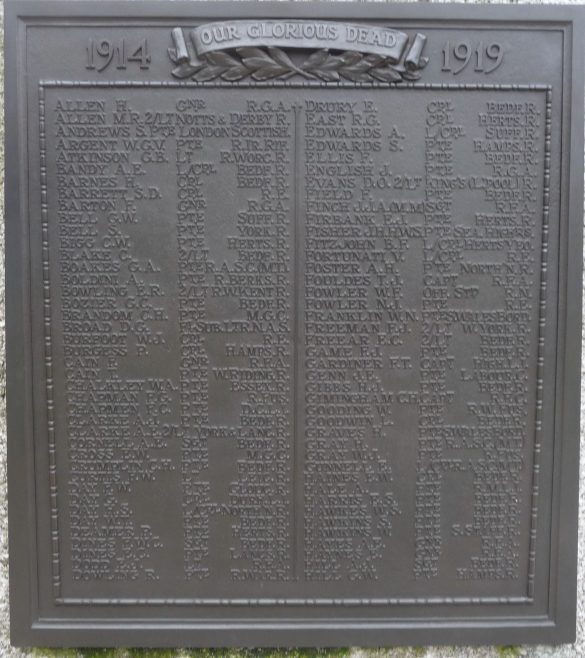 The 1914-18 list includes several names of local families, such as Day, Gray, Pearce, Seabrook and Sibley. Comparing the list with surnames in Kelly’s Directory for 1913, where there is only one matching name it is probable that the serviceman came from that address.  We know that 2nd Lt C. Blake was the son of Dr Blake of Bowers House, and his memorial in St Nicholas Church tells that he died on the Somme on 16th September 1916. Gerald Lydekker of Harpenden Lodge died in Alexandria in 1917 and Cyril Lydekker died at Gallipoli in 1915.  Memorials at Rothamsted state that Charles Martin died at Ypres in 1915 (but his name does not appear on the town memorial), and Kenneth Lewin died in the trenches in France in 1916. 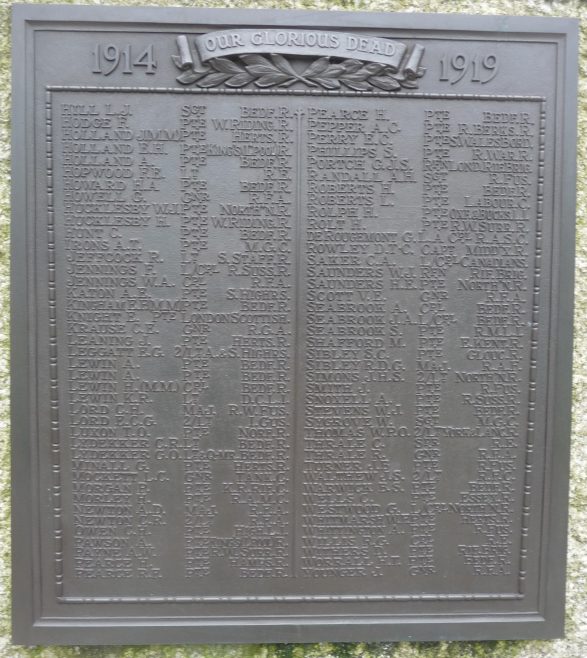