You are here: HomenextHarpenden HistorynextTopics - from Archaeology to WartimenextWartime - Boer, First World War in Harpenden (WWI)nextMemorialsnextWar Memorials in Harpenden Churches

The war memorials in Harpenden Churches supplement the information on the Town War Memorial. There are many first names given, and more details of the battalion within the regiments. The rank is Private unless otherwise stated. Dates and locations of death are only given on the few individual plaques donated by families and friends. 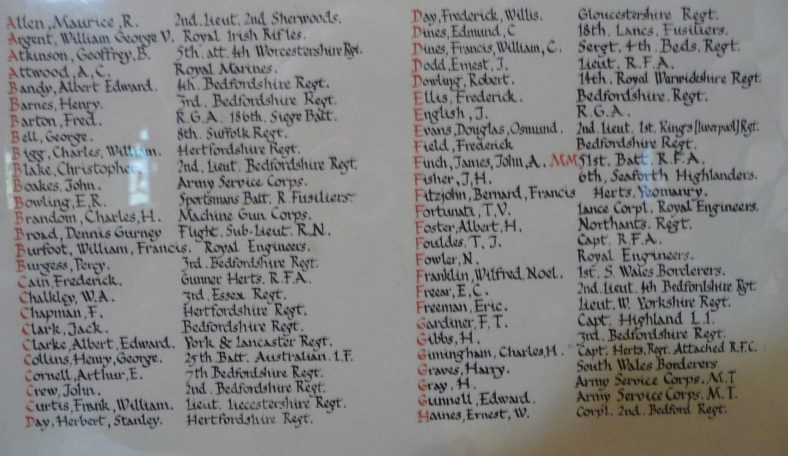 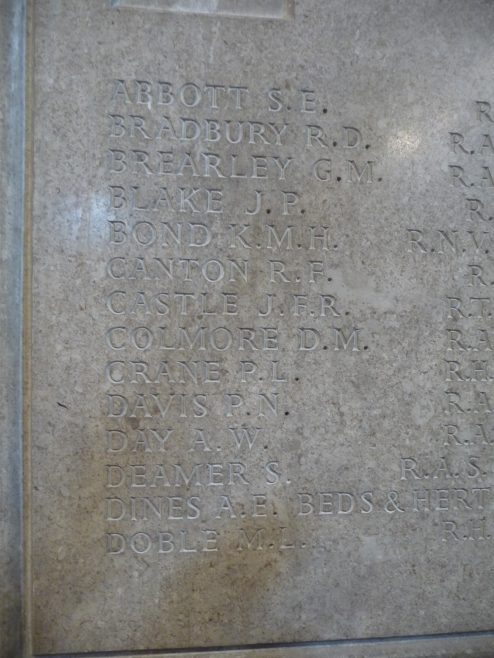 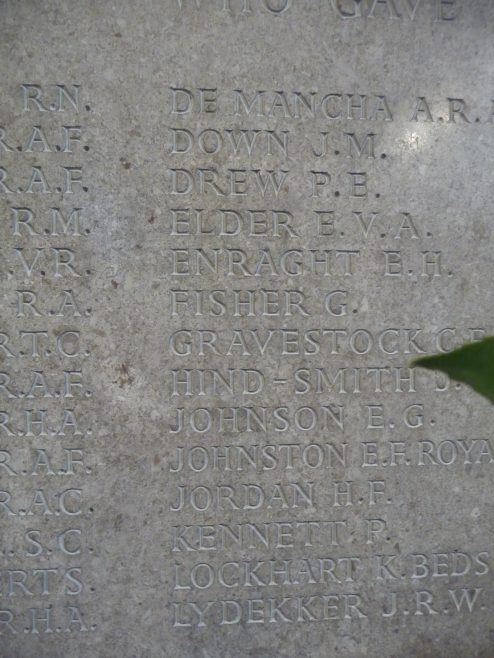 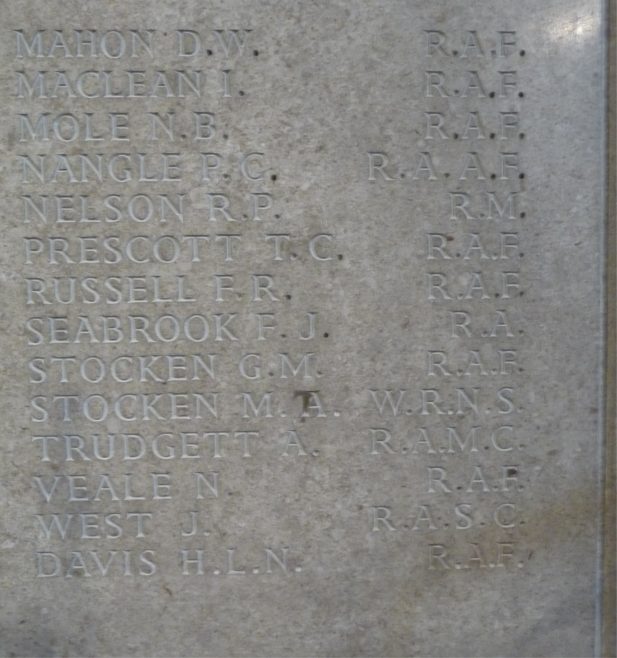 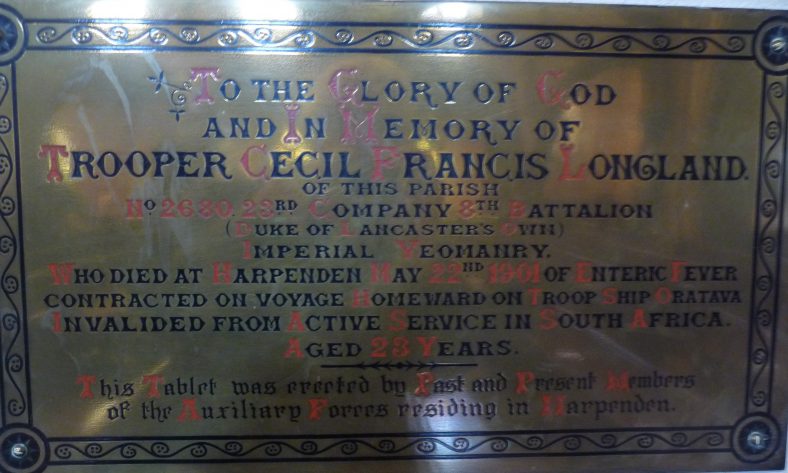 To the Glory of God and in memory of Trooper Cecil Francis Longland, No. 2680 23rd Company 8th Battalion (Duke of Lancaster’s Own) Imperial Yeomanry, who died at Harpenden May 22nd 1901 of Enteric Fever contracted on voyage homeward in Troopship Oratana, Invalided from active service in South Africa, aged 23 years 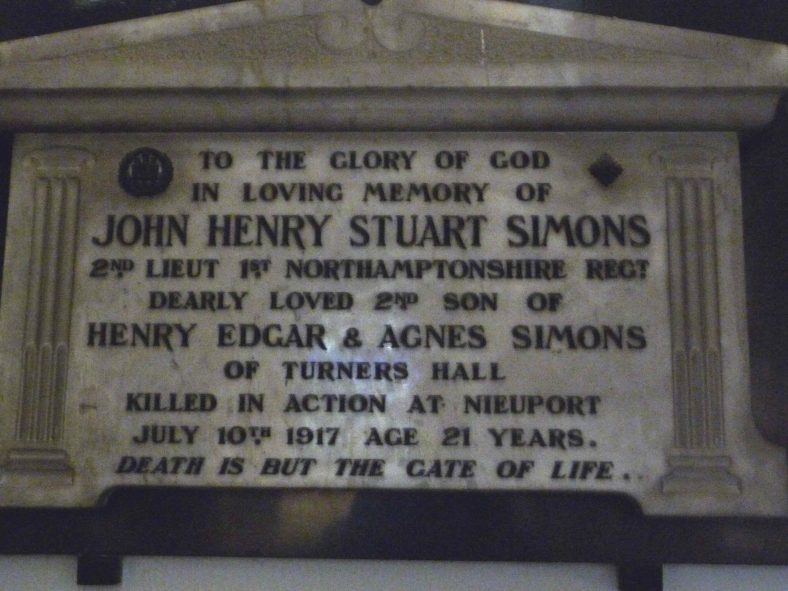 To the glory of God, in loving memory of John Henry Stuart Simons, 2nd Lieutenant of Northamptonshire Regiment.  Dearly loved and son of Henry Edgar and Agnes Simons of Turners Hall. Killed in action at Nieuport July 10th 1917 aged 21 years.   Death is but the gate of Life

In loving memory of Dennis Gurney Broad,  Flight Sublieutenant, who lost his life in action in the North Sea April 27th 1916, aged 32 years

In ever loving memory of Gerald Owen Lydekker of Harpenden Lodge.  Lieutenant and Quartermaster, 15th Battalion of the Bedfordshire Regiment.  Born at the Lodge December 20th 1887, Died at Alexandria June 14th 1917 of illness contracted while on active service.    Faithful unto death

In ever loving memory of Cyril Richard Lydekker, Lieutenant of 15th Battalion The Bedfordshire Regiment.  Born at Harpenden Lodge November 8th 1889,  Killed in Action at Suvla, Gallipoli August 15th 1915.   He that loses his life for My sake shall find it 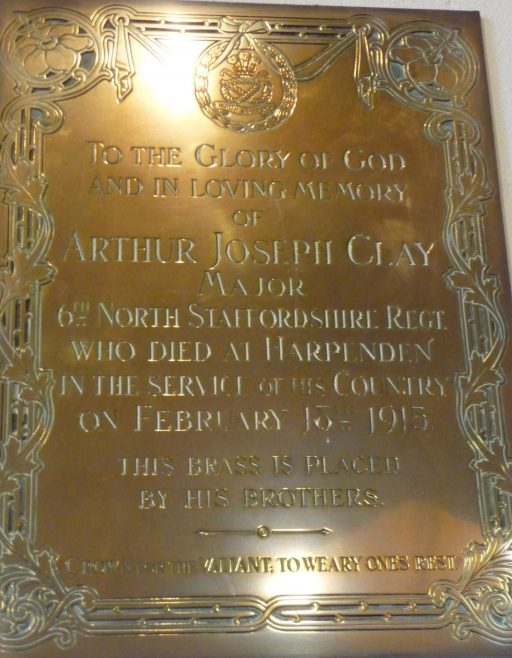 To the Glory of God and in loving memory of Arthur Joseph Clay, Major 6th North Staffordshire Regiment, who died at Harpenden in the service of his Country on February 18th 1915.   This Brass is placed by his Brothers.  Crown for the valiant to weary ones past

To the Glory of God.  In loving memory of Christopher Blake (B.A. Cantab),2nd Lieutenant Bedfordshire Regiment.  4th son of Dr and Mrs Blake of Harpenden.  Who gave his life for his King and Country in the Battle of the Somme, near Guillemont France on the 4th September 1916, aged 24 years.   Blessed are the Pure in Heart for they shall see God

In Loving Memory of John Syers Walthew, 2nd Lieutenant Royal Flying Corps, aged 19 years.  Who lost his life while flying over the enemy’s lines in France, September 19th 1917.  Proudly he gave his glorious youth for his Country 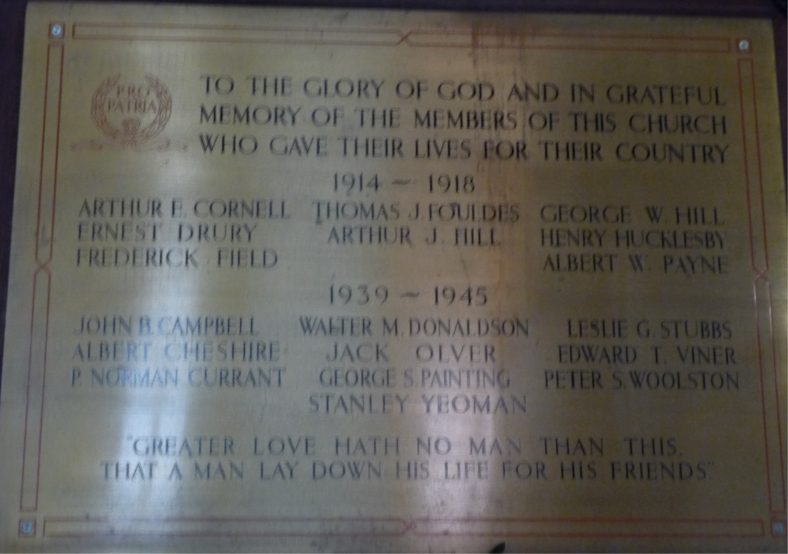 Greater Love hath no man than this, That he lay down his life for his friends