You are here: HomenextHarpenden HistorynextTopics - from Archaeology to WartimenextWartime - Boer, First World War in Harpenden (WWI)nextSoldiers from HarpendennextHertfordshire Lad & Ypres survivor pays the ultimate sacrifice on the Somme 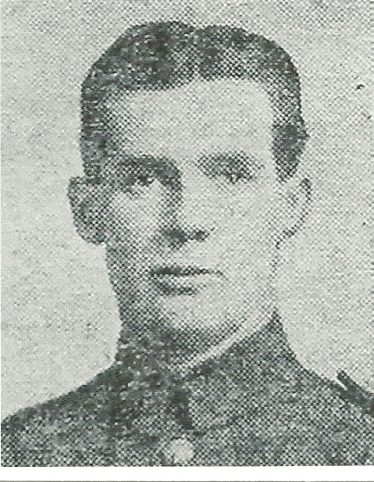 Leonard George Fisher. Credit: from his obituary in the newspaper

Leonard was born in the thatched cottage opposite Batford Mill on the river Lea in Harpenden, Hertfordshire on 2nd November 1892 (then in the Parish of Wheathampstead). He was the second of six children born to William and Emily Fisher (nee Chapman). 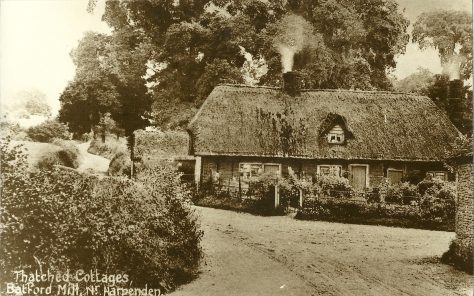 Both Bill and Leonard attended the school next to the Parish Church in Harpenden, now known as St Nicholas Primary School. During the boys’ childhood the family moved to Linces Farm Cottage, Ayot St Peter near Welwyn (1901 Census). Bill and Leonard had to walk the two miles to attend school & sung in the choir at Ayot St Peter under Canon Henry Jephson. Boys typically left school at the age of 12 having taken what was known as Labour Exams. After his school years Leonard worked at Linces Farm for a period of two years.  The Family moved to Flamsteadbury (near Redbourn) where William (Leonard’s father) had become head man on a large farm.

Bill in his memoirs talks about how difficult it was for Leonard and many others to find work. He states “….. we were walking down the road one day, and I said to him “Why not join the Army? There will never be a War on in our time and you will have a job; much better than no work and no money”.

As the 2nd April 1911 census shows Leonard had enlisted in Hertford, into the 4th (Extra Reserve) Battalion the Bedfordshire Regiment, also known as the Herts Militia. At the time war broke out, Leonard, now with the 2nd Bedfords, was stationed in South Africa. The Bedfords had been there since the end of the second Boer War in May 1902. The Regiment was mobilised at Roberts Heights* near Pretoria on 10th August 1914. (*renamed Voortrekker Heights in 1939). They returned to Lyndhurst camp Hampshire in September and formed part of the 21st Infantry Brigade, 7th Division. They were under orders not to leave the camp; however like many, Leonard, ‘escaped’ the Redcaps to pay a visit his family in Hertfordshire. His South African Uniform caused quite a stir at St Albans Station as people tried to snatch his buttons as souvenirs.

On 7th October 1914 the Regiment sailed to Zeebrugge, Belgium. Later that month they saw active service in the First Battle of Ypres suffering a considerable number of casualties. The Herts Advertiser, 23rd January 1915 cites a letter dated 9th January from Len then in D Company, to his brother William, “Bed’s Terrible Losses – Redbourn Man’s Account of Very Hot Work and refers to bayonet charges and the valiant courage of the Battalion losing 800 men from a total of 1,100 in a matter of days …

During the last quarter of 1915 Leonard was sent back to Languard England, to convalesce from enteric fever (severe typhoid). He attended his sister Annie’s funeral. This would be the last time he saw his brother, as William sailed to Mesopotamia with the Herts Yeomanry a few days later.

Away from the fighting, on 30th September, at Vignacourt the 2nd Bedfords drew 1 – 1 with the 17th Bn, the King’s (Liverpool Regiment), a final football game before both battalions would join the attack on Transloy. 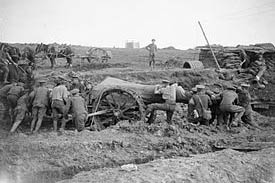 Leonard was killed during an attack on Gird Trench near Eaucourt l’Abbaye (Battle of Le Transloy) and is remembered with Honour on the Thiepval Memorial, France and commemorated on the Redbourn War Memorial and on a plaque in St. Mary’s church.   Leonard George Fisher (Len), who has no known grave, was one of the Bedfords who made the ultimate sacrifice.

Leonard Fisher’s passing was reported in the Herts Advertiser on the 18th November 1916, and was reprinted in The Luton News And Bedfordshire Chronicle. …..

After fighting in France for two years Pte Len G Fisher, Beds Regiment, son of Mr. Fisher Flamstead Bury, Redbourn, was instantaneously killed on October 12th when taking part in an attack on a German trench on the Somme.

A sergeant friend of deceased writing to the bereaved parent says ‘He died doing his duty a brave and noble lad. We reached a part of the trench we were fighting for and it was while holding on to that piece of ground that your son was killed. He was hit in the head by a bullet and died an almost painless death. On behalf of the company and myself I extend to you our heartfelt and deepest sympathy’.’’

Posthumously Leonard was awarded the British War and Victory medals as well as the 1914 Star. His mother Emily received a War Gratuity of £12 10s in October 1919 for the loss of her son.

The downloads below include two accounts of Leonard’s life, one with full details of the actions he was involved with in France, and then a summary of the details.

Compiled by Diana Parrott from information supplied by Jonathan Sinfield, on the centenary of his great uncle Leonard's death