'Life and Death during World War I' 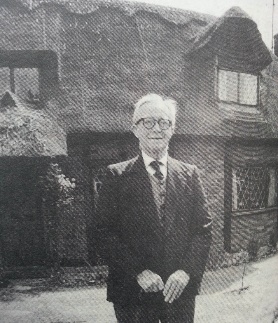 Bill Fisher, towards the end of his life, outside the cottage where he was born. Credit: LHS archives

As we approached the Armistice Centenary Jonathan Sinfield spoke to the Society on the life and times of two Batford Lads before and during the war. The brothers William (Bill) and Leonard (Len) Fisher were born in the 1890s in the Thatched Cottage that still stands at Batford Mill. Bill is Jonathan’s maternal grandfather. Jonathan’s screen presentation included video clips of Bill speaking about his life; these were recorded at St Albans College in December 1984.

The brothers’ father, also named William, worked at a number of local farms as a foreman; their mother Emily (nee Chapman) was a Plaitter, sewing plait into men’s straw boaters; she was paid 5p per dozen.

Bill recalls the clear drinking water from River Lea which was also used to wash clothes in. Both boys started school at ‘St Nichs’ and have fond childhood memories of Harpenden horse races and the Statty Fair then held on Church Green. The Family then moved to Linces Farm, Ayot St Peter where William senior worked for well-known Hertfordshire resident Dolphin Smith.

The boys regularly chatted to Bernard Shaw, who used to get off the train at Welwyn and walk to his home at Ayot St Lawrence – ‘he loved this countryside walk of 5 miles’. Bill remembered the Post Coach running from London to Edinburgh which used to arrive at an “Inn” in Welwyn at midnight, four horses outside already harnessed pending its arrival and then the first combustion engine in the area owned by the local doctor.

Both boys left Ayot St Peter School at the age of 12 having passed their labour certificate. Len became a stock boy working on a local farm. Bill also started work on the farm being paid 25p a week for a 11-hour day starting at 6 am. He did however manage to double his wages when he worked at Welwyn General Stores but the hours were longer. Bill then became a gardener; his wages rose to 70p a week and of importance to Bill was the fact that his work finished at 4pm on a Saturday which meant he could then play football. Times were hard and when Len found himself out of work Bill suggested Len sign up for the army (1912) …’there will never be a war on’, ‘much better than no work and no money’. Len enlisted in the 4th (Extra Reserve) Battalion, the Bedfordshire Regiment, also known as the Herts Militia. Around that time the family moved to Flamsteadbury Farm, Redbourn. 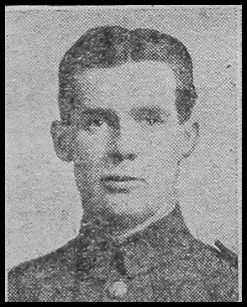 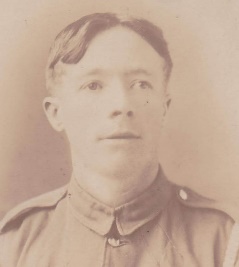 At the time war broke out in 1914 Len was with the 2nd Bedfords in South Africa and via England sailed to Belgium in October that year. Along with our speaker’s paternal Grandfather Alfred Sinfield from the Southdown area of Harpenden both men fought in the First Battle of Ypres. Alfred was wounded in the battle and returned to England. Len’s letter to Bill describing battle scenes were published in the Herts Advertiser in January 1915 under the title “Bed’s Terrible Losses – Redbourn Man’s Account of Very Hot Work”.

Bill also signed up for the Army, joining The Hertfordshire Yeomanry. After initial cavalry training in Colchester Bill sailed to Egypt. His initial posting was to Mersa Matruh carrying out patrols and safeguarding conveys to Alexandria that were being attacked by the dissident Senussi sect who had sided with the Turks and Germans. In March 1916 Bill’s D Company sailed to Basra, Mesopotamia (modern day Iraq).

Len’s deployment with the 2nd Bedfords

Len who had recovered from typhoid, likely contracted from his time in the trenches, was also in a Company D but with the 2nd Bedfords. 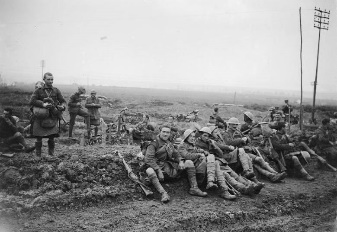 In the latter days of the Battle of the Somme it was decided that the Bedfords would be involved in a final push to take Transloy Ridge. By October 1916 the weather had already turned and the battlefield, having been pounded by artillery and the boots of millions of men for months, was nothing more than a quagmire. Desperate for the breakthrough that would never actually happen, the last series of attacks were to be launched on the 12th, 18th and 23rd October. This, despite the protests of many senior commanders who felt it would prove a fruitless exercise.

On October 12th 1916 from a battalion of 1,000 men, 252 Bedfords were listed as dead, wounded and missing. The Bedfords had been attacking trenches known as ‘Bite & Gird’, little ground had been gained. Leonard George Fisher (Len), age 23, who has no known grave, was one of the Bedfords who made the ultimate sacrifice. His obituary can be found in the Herts Advertiser of 18th November, ‘Flamstead Bury Lad Falls On The Somme’, ‘A sergeant friend of deceased writing to the bereaved parent says “He died doing his duty a brave and noble lad. We reached a part of the trench we were fighting for and it was while holding on to that piece of ground that your son was killed. He was hit in the head by a bullet and died an almost painless death. On behalf of the company and myself I extend to you out heartfelt and deepest sympathy”. 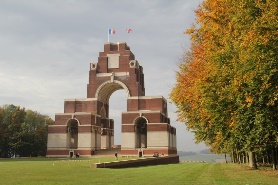 Len is commemorated at the Thiepval Memorial to the Missing of the Somme, Redbourn War Memorial & St Mary’s Church, Redbourn.

Returning to Bill’s plight, conditions in Mesopotamia were harsh for the British and Commonwealth force: extremes of temperature 50 °C to cold & wet conditions; arid desert with regular flooding; flies, mosquitoes and other vermin; disease; weeks on boat to reach nearest hospital; a determined Turkish resistance; half-trained reinforcements and a shortage of supplies, often no tents, short rations and a lack of lack of fresh water. Protecting supply and communication lines was imperative as was safeguarding various oil installations. 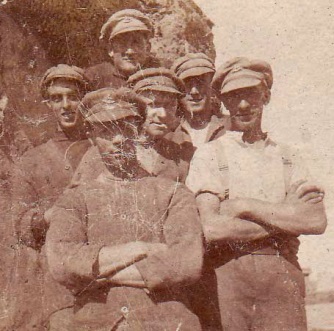 Late 1916 and early 1917, D Company of the Hertfordshire Yeomanry were active in the retaking of Kut and then in March 1917 pushed on to take Baghdad. D Company were the first allied troops to enter the City. Numbers in D Company varied but by way of example they numbered 113 all ranks and 92 horses in August that year. Thousands of Turks were taken prisoner as the army pushed north. Bill himself spent some time in 1917 hospitalised in Bombay, India, suffering from malaria. The tortuous journey from Mesopotamia to India took a number of weeks and involved camels, ox-wagons, Tigris barges then a sea voyage.

In Bombay Bill underwent an eye operation and lost sight in his left eye. The operation was undertaken without anaesthetic, one man on each arm, one man on Bill’s feet. To make matters worse the surgeon dropped Bill’s eye during the procedure, his “exact” words at the time were “Damn it, I missed it”. Bill never forgot those words.

Subsequently, escaping an outbreak of cholera in India, Bill, a recognised sniper, returned by sea to the front.

1918 saw further action for Bill and D Company in Mesopotamia. Bill in his written memoir recounts many of the places he passed through to the Old Testament …. almost a biblical tour in the most challenging of circumstances. In August his Company endured 16 hours by train and a 3-day camel trek to reach Kasr-i-Shirin in North West Persia (Iran) on the famed Silk Road. D Company’s role was to protect ‘Persian Lines of Communication’ (250 miles between Kasr-i-Shirin and Hamadan) and military convoys from hostile tribes.

It is here Bill witnessed the tragic flight of thousands of Armenians fleeing Turkish persecution. On the 30th October the Turks surrendered and the Germans followed suit on the 11th November 1918.

So, Bill’s war was over but it wasn’t until April 1919 the he was to catch sight of ‘Dear Old Blighty’ on a ship approaching Plymouth. In Bill’s words “I shall never forget that glorious green sight of England in spring time, after all that time of sea, sand and the horror of War. I always proclaim it as the best and most welcome sight of my life.”

Bill, a professional gardener spent the majority of his life living with his wife Elizabeth in Batford, Harpenden. He worked for Sir John Russell and Sir William Ogg at Rothamsted (presumably caring for the Director’s gardens, ed). He was a founding member of All Saints Church and Rector’s Deputy Warden for a period exceeding twenty-five years. He was Chairman of the Batford Memorial Hall Committee and an active member of Harpenden Horticultural Society. In the second World War he was an Air Raid warden. In January 1937 he and Elizabeth fostered Marjorie, Jonathan’s mother from the care of Dr Barnardo’s.

Much loved, he passed away in 1987 at the age of 96 not too far away from the Thatched Cottages where he and Len were born.