A bellringer remembered in 2017 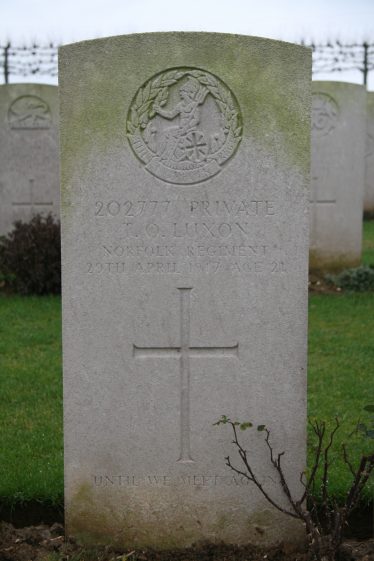 Alan Regin, a church bell ringer, took on the huge job of researching the details of about 1400 church bellringers who served and were killed in WW1. He contacted their home tower and asked if members of the local band might like to ring to commemorate their sacrifice on or close to the centenary of their death. He therefore alerted the band at St Nicholas, Harpenden, that former Harpenden ringer, Private Thomas Olney Luxon,  died of his wounds on 29th April 1917.

From Alan Regin’s research; from Mary Skinner’s booklet ‘Harpenden War Memorial 1914 – 1918’ and from further research we know that Thomas enlisted in St Albans, served in the Norfolk Regiment 7th Battalion and his memorial is at Duisans British Cemetery, Etrun, France, Grave III H 47; he was wounded on 28th April 1917 and died the next day from his wounds aged 20. 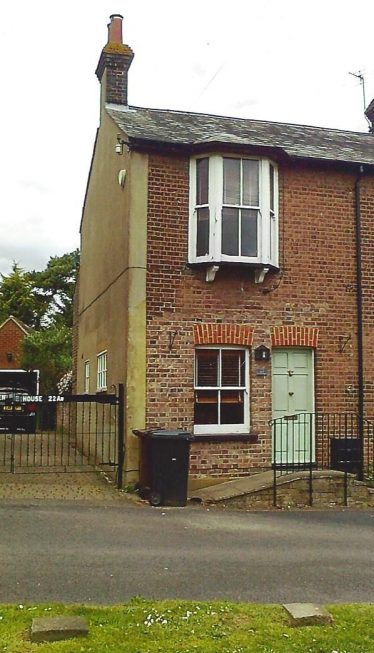 He was born in Harpenden, on March 23 1897, the only son of Elizabeth Luxon (nee Morley born Harpenden) and Richard William Luxon (born Topsham, Devon). They had  married on 6th April 1896 in St Nicholas.  Richard died in 1900. He was a baker and the shop on West Common (Pimlico) was a bakery (now The Old Bakery?) for according to the 1911 census Elizabeth was a baker and living at The Bakers, West Common and Theodora Wilson records in her Journal  “…..  some terrible tragedies ….. But the saddest tragedy was that poor Mrs Luxon lost her only boy – this case was particularly hard as he was really running the baker’s business for his mother and when he had to go she was forced to close down her business and this has meant almost ruin as well as desolation to her poor soul.”

The Rector wrote in the Parish Magazine June 1917:

‘ The Roll of Honour has been lengthened ………..Thomas O Luxon, an old choir boy and afterwards bell ringer at the Parish Church, has laid down his young life. He was a very gentle, lovable lad, and his death has caused many sad hearts …’ 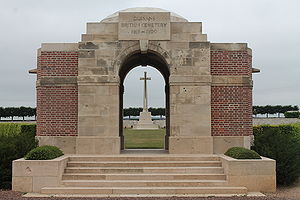