A Soldier's Postcard From Harpenden

Returned to Harpenden in 2021 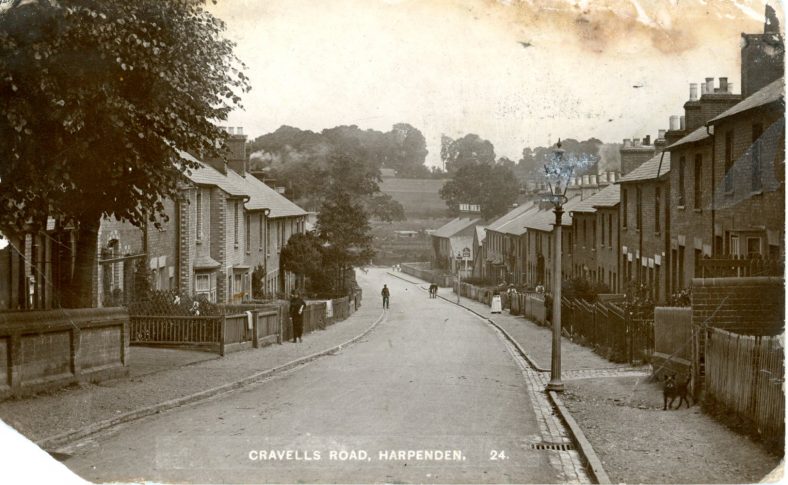 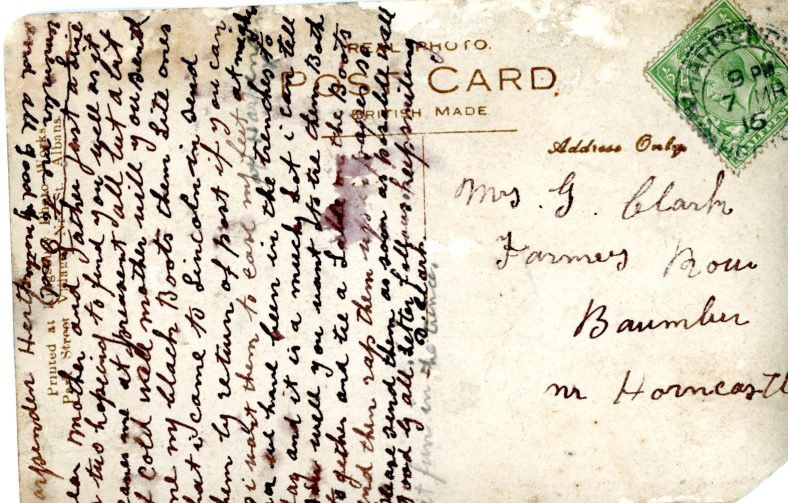 During the national lockdown in 2020-21 because of the Covid 19 pandemic Jane and Simon Callaghan of Bradford passed the time purchasing old postcards online and investigating the senders and recipients. They kindly donated a well-worn postcard of Cravells Road and included the information they had researched on the sender and his family.

This postcard was posted home to Baumber in March 1916 from David Clark, a Private in the 1st Bn Lincolnshire Regiment (regimental number 4771, 241516) who was at the training camp in Harpenden. Although he was from an agricultural background, and used to labouring, his army boots seem to have been causing him some problems.

His message reads (as written):

“Dear Mother and Father just a line or two hoping to find you well as it leaves me at preasant all but a bit of cold well mother will you send me my black boots them lite ones that i came to Lincoln in send them by return of post if you can as i want them to ease my feet at night for we have been in the trenches at Harpenden today and it is a mucky lot i can tell you well you want to tie them Both together and tie a Lable on the Boots and rap them up in paper so please send them as soon as possible well good by all. Letter follows. Keep smiling. it fun in the trence. Remember me to Dad and all good by Mother   D Clark”

David was born on Christmas Day 1891 at Horsington, Lincolnshire, son of Annie and George Clark, a shepherd. On the 1911 census David and his parents and brother were living at Gaultby. David was a groom, but by his attestation in December 1915 he was an agricultural labourer living at Farmer’s Row, Baumber – the address on the card. He was called up in February 1916.

He survived the war, though he had been taken prisoner of war on 21 March 1918 when the German Army launched Operation Michael, the spring time offensive which led to miles of allied trenches being over-run.  After being liberated he returned home and married Annie Bromfield in May 1919. In 1939 he was still living in Baumber and was an agricultural worker.