Evacuation from the South Coast

From Hastings to Harpenden - July 1940

Since joining the ERA (Evacuees Reunion Association – http://www.evacuees.org.uk/) and reading the experiences of some of the evacuees, I realise that I was neither lucky nor very unlucky while evacuated … 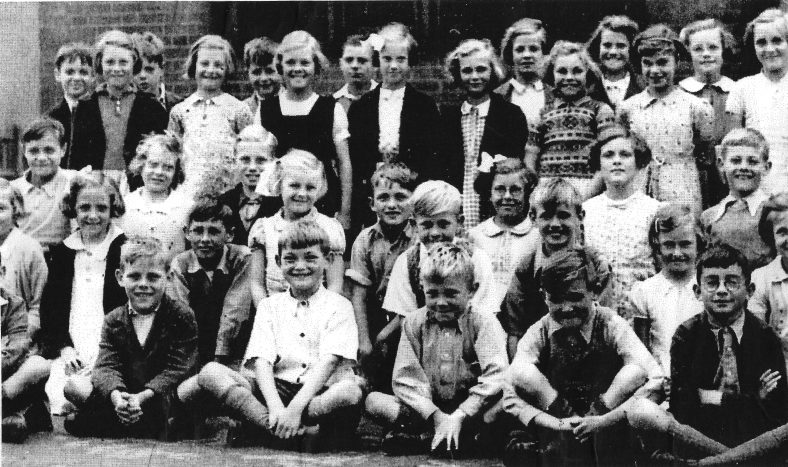 Because of the threat of invasion on the south coast, I left Hastings in July 1940 with my older brother, Leslie who was 10 and my younger brother, Michael aged 7. I myself was 9. 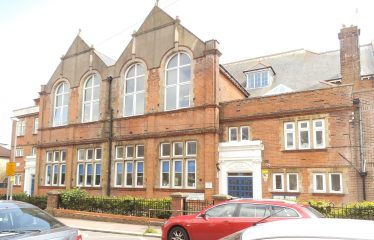 We all attended Clive Vale School and we travelled with the school to Harpenden. I remember my mother dashing around getting all the things we were told to take with us. It was a hot day and when we arrived at Harpenden we were taken to a field (or it could have been a large garden) and from there we were given food and drinks. From there we there taken to our billets.

We were all taken to separate houses and, after being with my brother and school friends all day, I felt very lonely, but I was billeted with a very nice lady who had a little boy. Her husband was in the army, When I went to bed that night I was upset and she asked me what the matter was. Although I really wanted my mother I knew she was miles away, so I said that I wanted to know where my brothers were. “Don’t worry,” she said, “we’ll go and find them in the morning.” And she stayed with me until I went to sleep. True to her word, the next day we found them billeted in the next road. 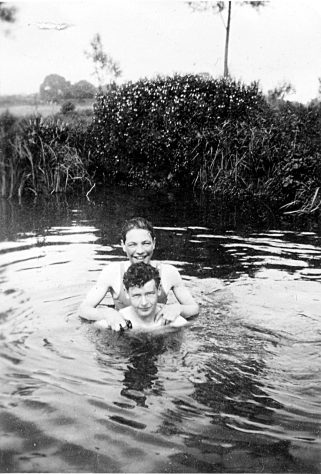 For the next few weeks we were happy exploring the local area and getting to know the local children. I remember that one day we saw some children swimming naked in the River Lea, which was near where we were staying. They invited us to join them but we thought the water looked a bit murky – not like the sea water at home. We didn’t join them.

One of the highlights of each week was when a letter arrived from our mother with a one and sixpenny postal order – sixpence each – we were rich (when we were at home we only had one penny every Saturday). I can’t remember what we spent the sixpence on, but I know we had to buy stamps to write home and to our father, who was in the Royal Navy.

Although we were miles from London we heard the planes and bombs, so we spent some nights in an air raid shelter in the garden of neighbours across the road. I remember one night being allowed to look outside to see the glow of the fires caused by bombing on London.

As I have said, the husband of my foster mother was in the army and one day I was told that she was going to stay with her family in the north of England. I was moved to a temporary billet for two or three days with another girl. It was quite a well-to-do family and we had our meals apart from them. The other girl and I shared a huge, but comfortable, double bed and we were given cocoa at bedtime, but with no sugar (ugh!).

From there I was moved to a hostel, which wasn’t too terrible, but the food was. An example was our tea – bread and margarine and tea with no sugar (where did our rations go?).

When my mother heard I was in a hostel she came to Harpenden and found a family nearby who were willing to have me, but there were always visitors at the house and sometimes I had to sleep on the floor. While staying with this family I remember visiting my foster mother’s friend, who showed us how to cook in a ‘hay box’. I was fascinated.

Another time we went to Luton to stay with a relation of my foster mother’s. He ran a public house, which smelled of stale beer and cigarette smoke and was very noisy. I was very glad to get back to Harpenden.

Eventually, because the invasion threat was over, my mother came to Harpenden and took us all home. We all had part-time schooling but we were happy to be home, although we were frightened when the town was bombed. Amazingly, although only having had part-time education I managed to pass an exam and get a scholarship to Hastings High School, which was still evacuated to Ware, so once again I was off again. This time my billet was with an ordinary little family: husband, wife a little boy and a huge Persian cat.

I think because my brothers were not with me I was more homesick than when I was at Harpenden. I was very envious of the other girls because their mothers had come to stay at Ware and had rented accommodation so that they could all be together. One of them, Jean, invited me to tea with them sometimes.

However, the separation from my parents (my father had now been medically discharged from the Navy, having been badly wounded when his ship was sunk a the battle of Crete) and brothers was made much easier because we were allowed home for the school holidays, providing we arranged with more senior girls to travel with us across London. I stayed with the same family until the High School returned to Hastings, I think it was in 1942 or 1943. By this time my parents had moved to the country and although there was some bombing and doodlebugs flying over, we didn’t feel so threatened and were a normal family again.