Wartime Memories of an evacuee in the 1940s 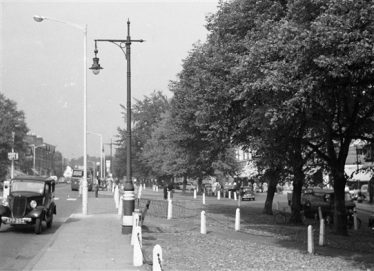 I was evacuated from London at the age of six to Harpenden with my Mum, some time during 1940 and lived in a number of different lodgings until the end of the war in 1945. We were not part of the government evacuation scheme, but made private arrangements, living at times in Langdale Avenue (with Mrs Allen and her son Jamie), Piggottshill Lane (with the Mcrinea family, whose son was a BBC announcer, working under another name) and Glemsford Drive (with Mrs Cooper).

Initially, I was aware of being a bit of an ‘outsider’, with various landladies expecting me to be cockney and grubby and not fit to play with their children. I was neither, but now, in retrospect, can see that while people were trying to ‘do their bit’ for the war and offer us safety away from the Blitz, understandably, they didn’t really want us in their homes.

One house we lived in in Westfield Road, near the cemetery had gas light, cold lino floors everywhere and we had to use a tin bath in front of the fire, screened by airing on a clothes horse. Another, somewhere to the north of the village centre, offered us very comfortable rooms but the landlady gradually removed rugs and cushions, to leave us with the bare minimum! When her granddaughter came to stay with her during the summer holidays, I wasn’t allowed to talk to her or play with her! 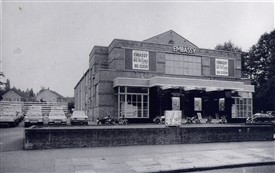 To make life a little more pleasant for everyone, Mum looked for ways to keep us out of the lodgings as often as possible, particularly at week-ends when Dad travelled from London to see us. There were two local cinemas – the Austral and the Regent – and each changed their programme mid-week and on Sundays, so we could, and often did, go to the cinema three or four times a week. I particularly enjoyed the glitzy, glamorous films with Rita Hayworth and Betty Grable, the gangster films with Jimmy Cagney and Edward G. Robinson and the fun of Mickey Rooney and Judy Garland. 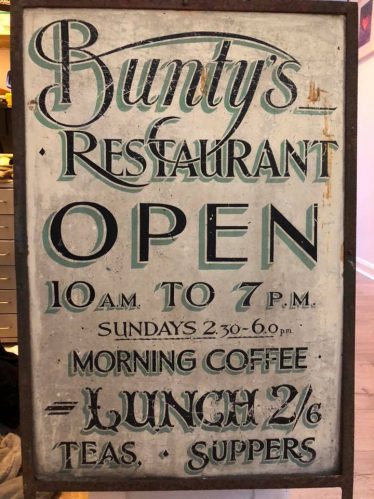 Bunty’s on the corner of High Street and Vaughan Road

To keep herself occupied while I was at Manland school, Mum took part time jobs. One was at Bunty’s Cafe, where she made cakes, but the one that I remember the best was the ‘Swallow Cafe’ (at 31a High Street), run by a middle-aged lady called Miss Soady.

Apart from going to the cinema, I had tap, ballet and singing lessons, took part in the local ‘Eistedfodd’ with verse-speaking and singing competitions, was the May Queen’s attendant on a float on May Day and performed in shows at the Public Hall. As an avid reader, I belonged to the Public Library and Boots Library and bought the latest Enid Blyton from Smith’s.

During the long summer holidays, I was left to fend for myself quite a lot of the time, while Mum was at work, and have vivid memories of paddling in the pond on the common, riding on some sort of miniature train and hanging about the fair when it was on the common. 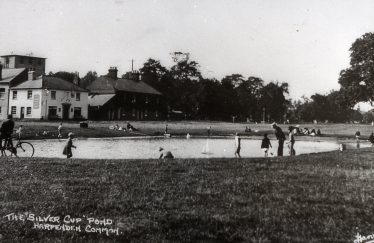 Mum was an outgoing, resourceful character and keen on keep fit and dancing, so she obtained special permission to organise some weekly Health and Beauty classes for children and adults and engaged a pianist (Miss / Mrs. Hartley?) to play for the exercises. The lady was also a singing teacher, so that’s how I had my first lessons.

At Manland School, which was formal by today’s standards, I remember hating the needlework lessons, which the girls had while the boys did woodwork. For the English and Maths lessons, we had tests and marks every week, which added together gave a graded position in class and affected where you sat in the classroom. High achievers sat on the sunny side near the windows, the ‘also-rans’ sat on the shady side!

One of the teachers at Manland, I think called Mr. Reece, had been in the army and liked to walk up and down the rows of desks with the cane under his arm. He had a nasty habit of suddenly swishing it down between two children to whack the desk. Needless to say, we lived in fear and I don’t remember any of his lessons.

In my latter days at the school, probably around 1943-1944, when Mr. Smith was the head, I ended up in the top class a little early, so became the general helper for the teachers, setting the teachers’ table for their lunch, washing cups after break, going to the post office to buy stamps and ushering parents when their children had a school medical.

Just occasionally, there was an air raid during the day and the whole class took to the underground shelters, sitting on long, narrow benches facing each other, our knees almost touching. We all had tuck boxes with a few biscuits and something to drink, in case we got stuck there for a long time. We weren’t supposed to talk, but sometimes sang. I remember the time when someone spoke when they shouldn’t, but didn’t own up, so the teacher walked down between the two sets of benches and spanked everybody’s knees!

One of my friends at Manland was Diana Goddard, who lived at Mackerye End House. I went to tea with her one winter afternoon and heard something about the connection with Charles and Mary Lamb and that someone had committed suicide in the house. I think my imagination got a little out of hand and I was very uneasy when we left the house in the dark! 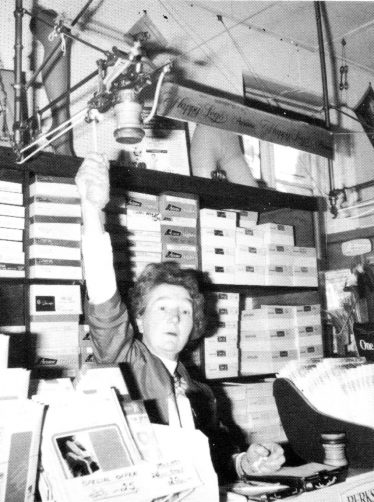 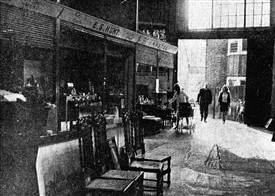 Broadway Hall – used as a NAFFI centre during the war

Other memories of Harpenden are the Red Cross Stall in the main store (Anscombe’s), the services NAAFI somewhere in the middle of the village near the Swallow Cafe (in Broadway Hall), where, if you happened to know a soldier, you could have an extra bit of chocolate!

There was an Italian prisoner of war camp somewhere on the outskirts of Harpenden and I remember hearing the prisoners singing on summer evenings.

The impresario C.B. Cochran was in Harpenden some time during the war, together with actress Evelyn Laye and her husband Frank Lawton. I met them once when they were lunching at the Cock Inn near the village green. My mother told them that I was ‘stage-struck’, which I found extremely embarrassing.

In spite of the war and being away from our home in London, my time in Harpenden shaped much of my subsequent life. I became a teacher and my lifetime hobbies have been amateur theatre, singing and writing. 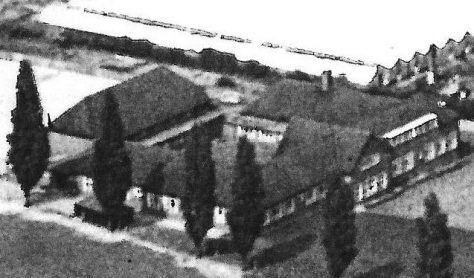 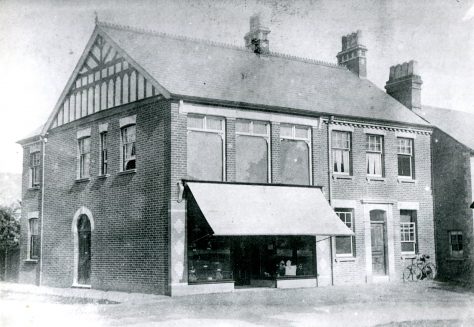 Gainsborough House, 13-15 High Street – Bunty’s Restaurant was on the corner from 1923 to c.1950 – afterwards listed in Kelly’s Directories as a confectioner. Credit: LHS archives – LHS 12162