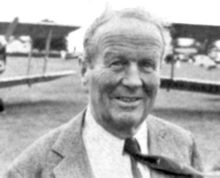 One of Harpenden’s most distinguished and officially honoured residents was John Cunningham, whose service as a night-time fighter pilot during the Second World War earned him his famous nickname ‘Cat’s Eyes’.  He lived for most of his later life, up until his death aged 84 in 2002, at ‘Canley’, the house facing Kinsbourne Green Common which still bears the same name.

Cunningham was born and grew up in Croydon, Surrey, close to what was then London’s principal airport, so it is easy to see where he was first bitten by the flying ‘bug’.  But in 1935 he flew (how else?) the family nest and moved a lot closer to his eventual Harpenden home, becoming an indentured apprentice with the de Havilland (DH) Aircraft company at Hatfield.

There he shared a flat with three other DH students in the unlovely apartment block – demolished only in the last 20 years or so – on the opposite (east) side of the A1 from the DH headquarters building.  Cunningham, no doubt encouraged by his employers, joined the Royal Auxiliary Air Force (RAAF) based at Hendon, where he learned to fly and, while still a teenager, made his first solo flight, not in a DH aeroplane as it happened, but an Avro 504N. Later in 1936 he was awarded his RAF ‘wings’.

In their leisure hours in those pre-war days, Cunningham and his fellow students would from time to time go to the cinema, the nearest in those days being in St Albans, most likely the picture house in Chequer Street, thereby establishing, albeit unwittingly, a geographical affinity to Harpenden .

Those leisure hours were however scarce.  He was putting in a full week’s work at DH in Hatfield and flying with Hendon-based RAAF squadron 604 at weekends. Perhaps not surprisingly, having achieved his air force ‘wings’, Cunningham was invited to join DH’s four-strong team of test pilots at Hatfield.

But his civilian test pilot activity was cut short by the Munich crisis of August 1939, when 604 squadron was mobilised for a full RAF wartime role, moving its base further away from London, from Hendon to North Weald in Essex on the northern edge of Epping Forest.

Bristol Blenheims were the first aircraft type flown ‘in anger’ by John Cunningham and his 604 squadron colleagues, followed by the more powerful Beaufighter.  His first recorded ‘kill’ came on November 19 1940 when, over the Sussex coast, he shot down a Junkers 88 bomber.  He later inflicted the same treatment on two Heinkel 111 bombers, an encounter which led to his being awarded the DFC and bar. 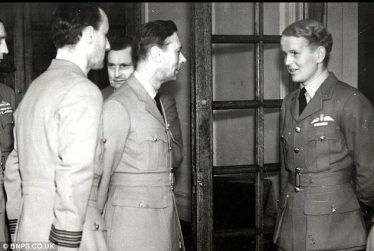 By the end of the Blitz in May 1941 he had become Britain’s most famous night fighter pilot, claiming fourteen Luftwaffe victims using what was then termed ‘airborne interception’ – later to become known as radar.  On April 8 1942 he destroyed two bombers during the same sortie and later claimed three more ‘kills’, for which he earned his first DSO.  In 1942 and 1944 he went on to earn two more bars to his DSO, having shot down a wartime total of twenty enemy aircraft.  Further recognition of Cunningham’s achievements came with promotion through the ranks, to wing commander and eventually to group captain.

As commanding officer of 85 Squadron RAF through 1943-44, he was regularly flying Mosquitoes, designed and produced by his old firm de Havilland.  The Mosquito, famous for its all-wooden but lightweight and rugged construction, was developed largely at Salisbury Hall, London Colney, an old manor house whose grounds today house the de Havilland Aircraft Museum. 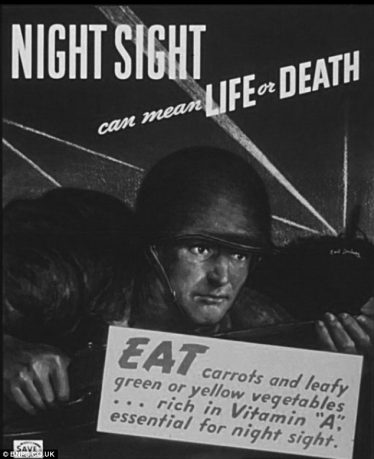 His soubriquet ‘Cat’s Eye’s’ was said to come from British propaganda explanations of his high rate of enemy ‘kills’ in darkness, in order to keep from the Germans the fast developing technology of radar.  Cunningham disowned the nickname, especially when it was used in fanciful stories about pilots’ night vision being enhanced through an over consumption of carrots.

Cunningham returned to de Havilland as a test pilot, in 1946 succeeding Geoffrey de Havilland Jr (the founder’s son) who was killed while testing the revolutionary tail-less DH 108 ‘Flying Wing’ over the Thames Estuary.  He went on to test the pioneering Comet airliner on its maiden flight in 1949 and later the three-engined Trident. 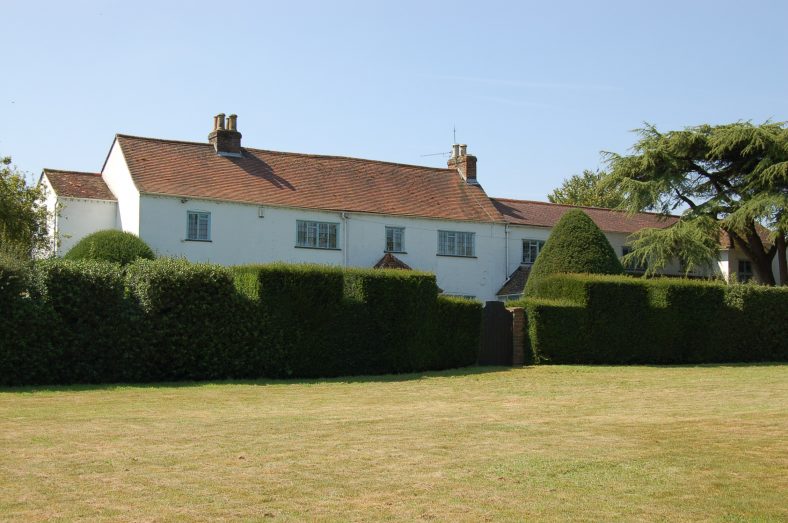 Back in civvy street, he put down his first roots in Harpenden. He went to live with his mother and sister, who had spent the later war years in Ireland but, following the end of hostilities, returned to England and bought a long rambling old farmhouse with stables and acres of land alongside Kinsbourne Green Common. His mother named the house ‘Canley’ after the village on the outskirts of Coventry where she was born. Today it bears the name Kinsbourne House and is the home of Harpenden Local History Society member Penny Ayres. 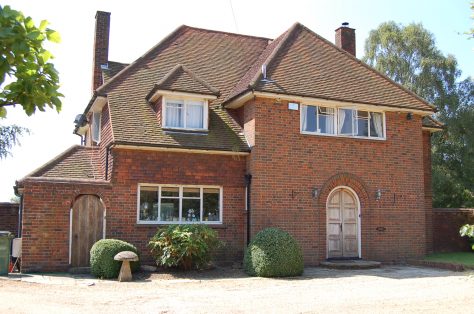 The name ‘Canley’ was transferred to this house built for John Cunningham in the 1950s. Credit: Alan Bunting, July 2014

In the early 1950s John Cunningham’s brother Bill and his widowed sister Mary both married and left the Kinsbourne Green family home which then proved too large for just John and his mother.  They therefore decided to have a smaller though nevertheless substantial new house built in the grounds of Canley on the north side of the old farmhouse.

It remains there today, the new owners having done very little to its outward appearance (see picture), which arguably typifies none-too-distinguished 1950s architecture. The name Canley was ‘transferred’ to the new Cunningham residence. 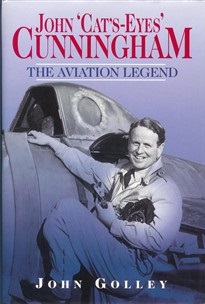 Cunningham’s biographer John Golley recalls his first visit to the new Canley, during the research for his forthcoming book on ‘Cat’s Eye’s’ life, published in 1999. The house, he says, revealed a great deal about its celebrated occupant, then an 81-year old bachelor living alone. The walls of the entrance hall were adorned with a painting of the prototype Comet airliner and plaques bearing the insignia of 85 and 604 RAF squadrons. In the long lounge, tables ‘groaned’ under the weight of many books papers and magazines, albeit arranged in tidy piles.

Large picture windows afforded prospects of extensive lawns stretching away to the part of north-west Harpenden by then occupied by houses in Derwent Road. Golley commented that, ‘except for the television set, everything about the place was old-fashioned, and it was obvious that little money had been spent on refurbishment’.  For no obvious reason he apologised to Golley for his old BMW car – in which he was to be seen regularly driving around Harpenden. To anyone who knew his famous face, he was a familiar Saturday morning Waitrose shopper.

Cunningham told Golley he couldn’t afford a better car, the reason undoubtedly being related to the heavy losses he suffered as a Lloyds ‘name’ when, in 1988, that venerable institution effectively collapsed.  Thirty years earlier, when he was appointed to the de Havilland board of directors, he gained an insight into the financial world, giving him confidence in his ability to invest wisely – though not in the aircraft industry.

His shrewd investments made him, by any yardstick, says Golley, a rich man, though he had no aspirations to move away from the Harpenden area.  He loved the Hertfordshire countryside and two of his fellow former test pilots, John Wilson and Desmond Penrose, who he would often meet socially, lived in Wheathampstead.

Lloyds ‘names’, including John Cunningham, were committed to ‘unlimited liability’ which meant the 1988 collapse was catastrophic, especially for someone who had never been confronted with money worries in his life. The upshot was he was forced to remortgage the Kinsbourne Green land and property, enabling him to remain living there, but leaving him with a very small income upon which, says his biographer, he could just manage if he lived frugally.

A bout of illness added to his financial misfortunes in the late 1990s, but he came through the ordeal, thanks it seems to a determination to maintain his busy daily routine – including a good deal of travel, though not to London if he could help it – which he had established since his formal retirement.

Despite being, in his younger days, an extremely eligible bachelor, John Cunningham never married, though he came close more than once. He was about to become engaged just before he was sent out to Burma towards the end of the war and, on his return, found that she had married a colleague from his RAF 11 Group.  Then in 1947/48 he had another serious girlfriend but, in his words, ‘it unfortunately fell through’, though in later years he re-established contact after she was widowed.