A.E Dines in WWII at Singapore 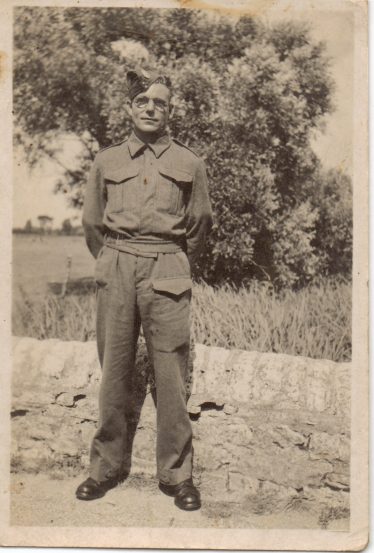 Albert Edward Dines (Ted), was my dad’s brother. His first home was in a Luton Road, Harpenden. The family moved to the Crescent (also in Luton Road, near The Pleasance). He also spent some time at 49 Park Mount, a base for many members of the family.

After attending St Nicholas’ Church School, he was apprenticed as to C E Alderton’s monumental masons business in Westfield Road, and worked for them as a stone mason until he was called up in June 1940.

He was sent to Singapore, but captured by the Japanese, probably in 1943 – see the note to his sisters. He was put onto a prison ship and while it was on its way to Japan, it was bombed and sunk by the Americans, probably in 1944, according to the official notification in August 1945. All on board were lost.

His name is on the Harpenden war memorial and also on the Singapore memorial. 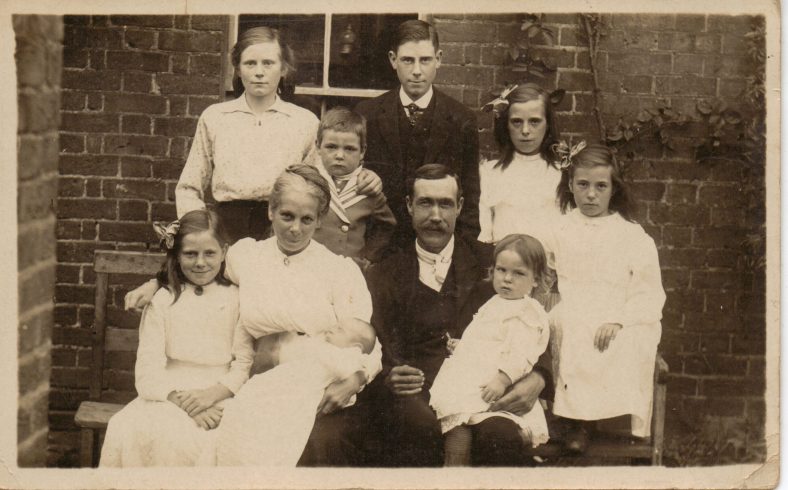 Albert and Agnes Dines with their family of 8 children, c.1916. Ted is standing between his parents. Credit: Paul Dines family archives 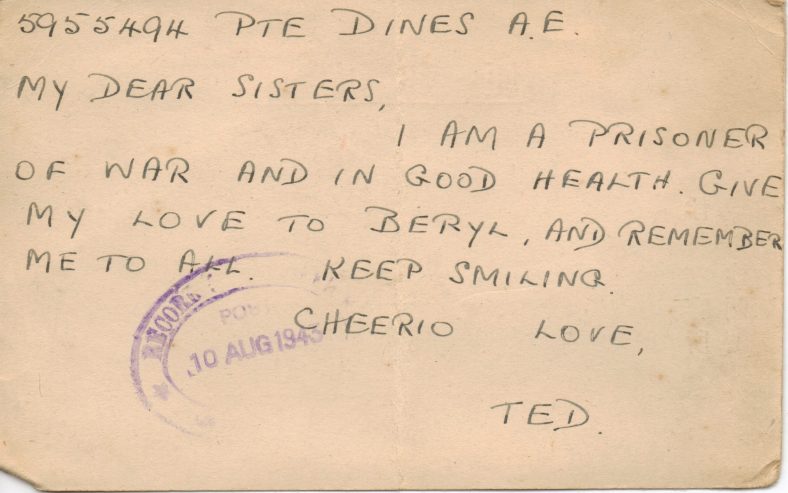 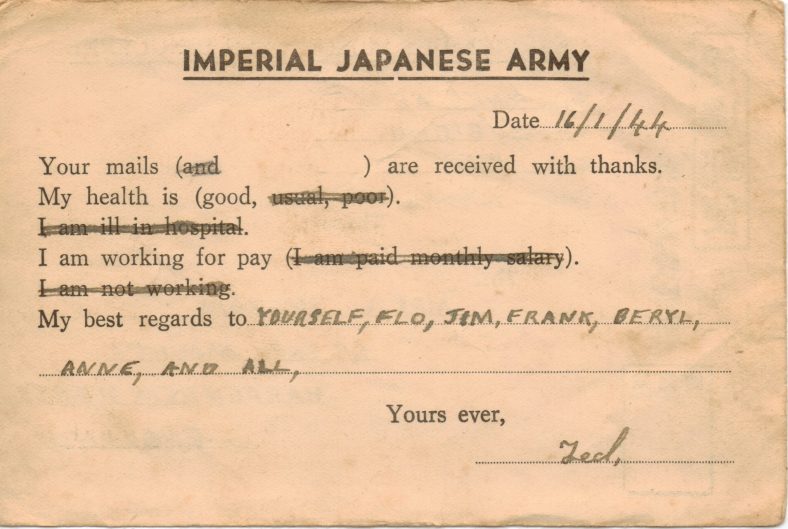 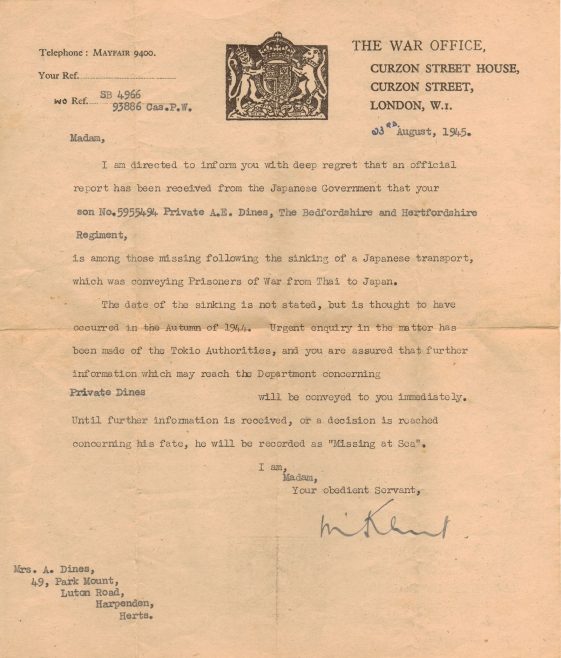