This page is based on Rita’s posting in the Old Harpenden Years Gone By Facebook Group on 5 November 2017. There were many appreciative comments and one which brought new connections and information, to Rita’s delight. These are added in – the latest being a photo of her uncle and his fiancée, Jennie Lines. 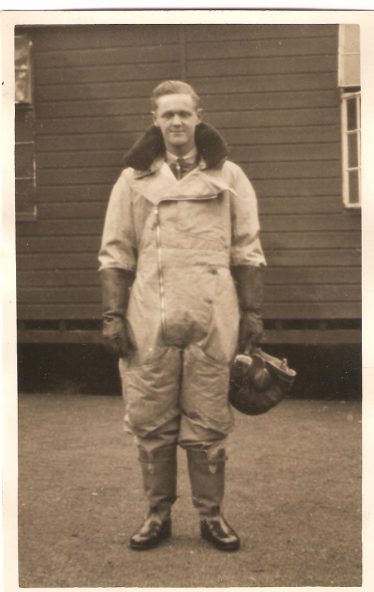 My Uncle Keith was born in Cravells Road. He worked as a telegram boy then a postman at Harpenden Post Office. He was my Mum’s youngest brother and was engaged to a lovely girl called Jessie Lines. We children loved her. 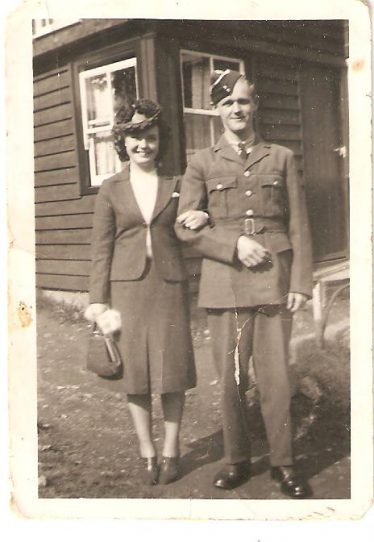 He was mad about aeroplanes so he joined the RAF as a rear gunner. He was killed in October 1941 and his grave stone is in Westfield Cemetery, and he is recorded on the Harpenden War Memorial on Church Green.

The poem was sent by his friend Derek to my Gran and Granddad, when Derek Chapman was at the RAF base in Keldadarnes, Iceland. He was an ack ack gunner. This would have been protecting the Arctic convoys to USSR. Derek also had been a telegram boy. 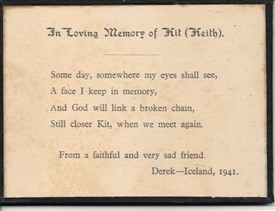 Gran had these hung on her wall. But she never spoke about them.

Was Derek from Harpenden and an airman then? It would be lovely to know the writer, who was just 21. I know he played the piano and was a quiet person. He was in my Dad’s concert party – the Serenaders. 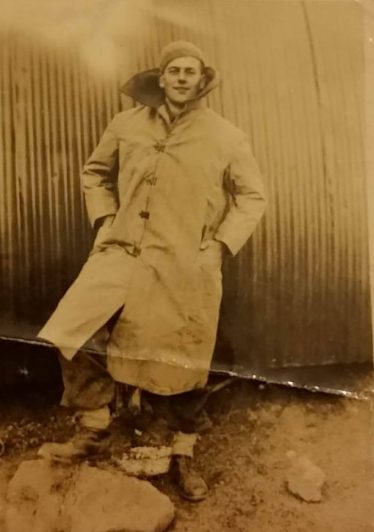 Jill Chapman replied – “No, he was not an airman. Derek was on the anti aircraft guns in Iceland. He lived in Cowper Road when war broke out AND I’ve just remembered he was a telegraph boy when he left school. He did know some Hollands as I recall him talking about them. I moved house recently so all photos boxed up until I get shelves built. I will try to find Dad’s old ones.”

Rita replied – “Wonderful – after all these years wondering who Derek was. My other Uncle, Ron, also was a postman*. He was in the RASC driving an ambulance.

The times I’ve read that little poem to friends. 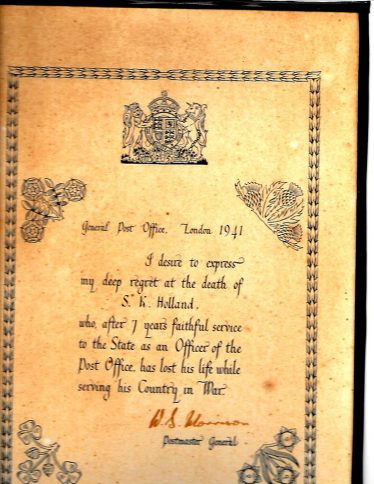