10 Crabtree Lane hit by a bomb

The boy saved by sleeping under the stairs 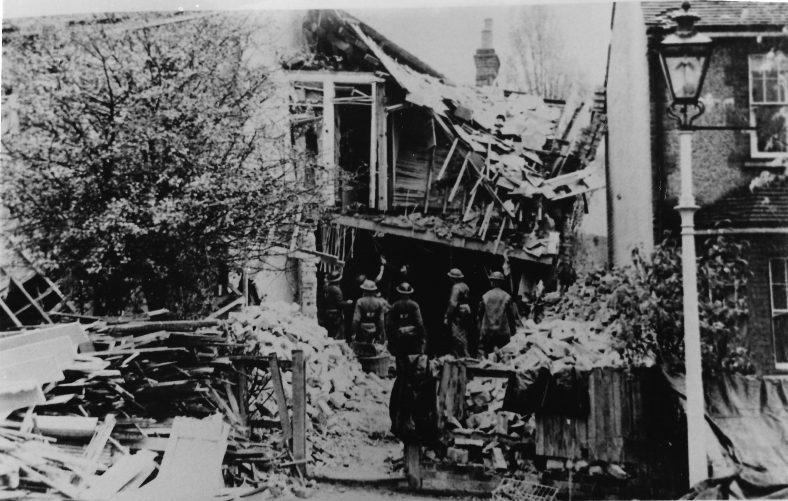 The bomb hit us on the night of Oct 20 1940. I owe my life to mother’s decision to sleep under the stairs, following a previous landmine explosion which had taken out our windows.

I suppose the explosion must have awakened me. I just recall a roaring and rumbling as the house collapsed, then complete silence. My mother told me later, she called, “David, if you are alright shine your torch!” The staircase door was clear of rubble. I did as I was told. From a cable running from the staircase to the remains of the living room wall, a single light-bulb was suspended, still shining in the darkness.

The ARP station was in the rear entrance to 47, Southdown Rd. The doorway is still there, just as it was. I was carried down there and watched fascinated as telephone cables were connected and calls made to the emergency services. Mother was trapped in the remains of the kitchen, fortunately not badly injured. The ARP volunteers were trained to remove false teeth from elderly casualties. They found a white-haired lady. She was not pleased when a hand was thrust into her mouth. “They’re my own teeth!” she managed to say. In reality she had beautiful auburn hair, but it was now full of dust and plaster. 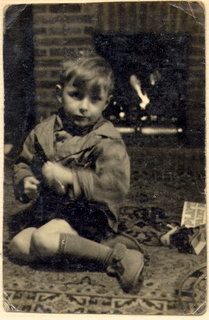 Mother was released from hospital several days later.  Meanwhile a kindly neighbour took me in for the night.

Shortly after, I was given accommodation at a convent, now the Park Hotel (Harpenden House Hotel (2014)), where I contracted whooping cough.  The nuns gave me my own room and a supply of paper and pencils, with which I conducted my own personal campaign against the Germans. Many an enemy aircraft met its end in my childish drawings.  Years later I revisited that convent.  The nuns said that if I ran out of paper, I continued the war on the bedroom wall.

Where my mother lived during the war escapes me, but I believe she worked at the Economist financial magazine, where grandfather managed the finances.  She may also have had a connection with the Accountant magazine in St Albans.  I do however recall meeting Jacqueline du Pre’s father at one of these offices. 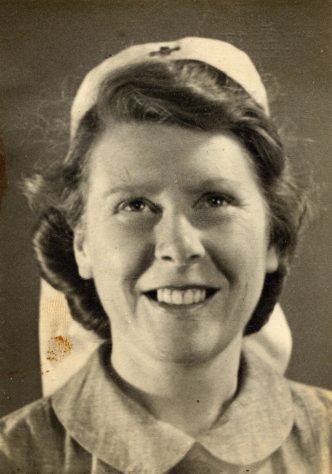 We were then evacuated to Biscot Mill in Luton, a beautiful old house in a large walled garden.  Sadly ‘progress’ has removed the house and its garden, replacing it with a pub and concrete car park.  I believe mother was at Electrolux for a time. *

Meanwhile I was moved from school to school, but the doctors believed I had been disturbed by our experiences and I was sent down to Devon until the war ended.  Eventually in 1947 we had a home once more in Brighton. 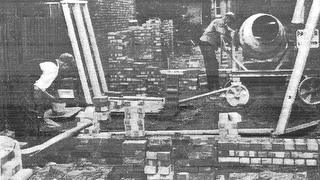 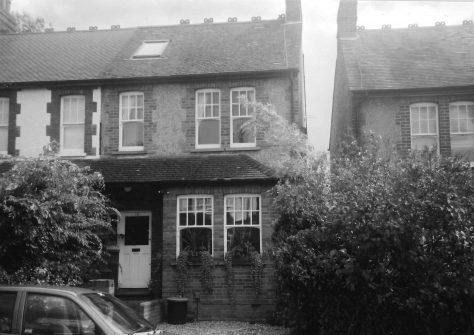 * from the photo above, sent by David, she served in the Red Cross. ed