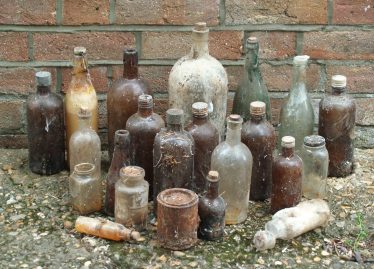 zoom
The 21 bottles, and the tin 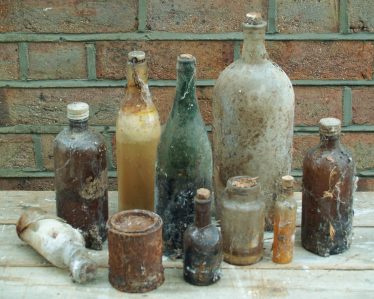 zoom
The ten that held "something...." 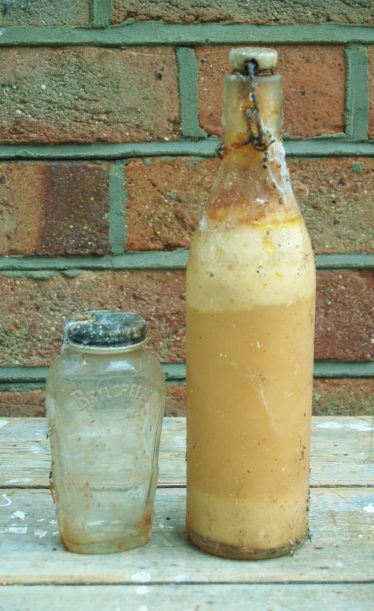 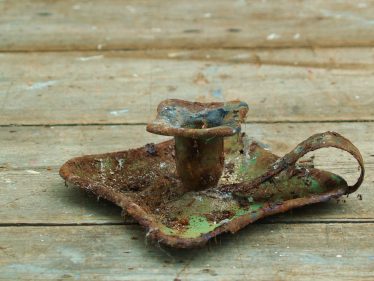 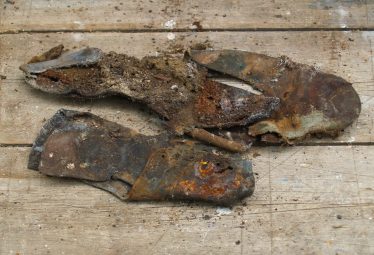 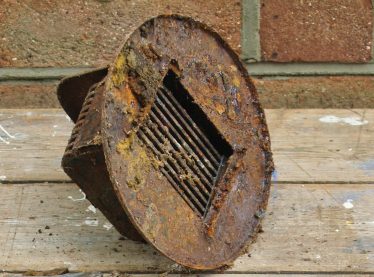 In June 2019 the Society was presented with a miscellaneous collection of old bottles covered in cobwebs and a very rusty tin containing ‘who knows what’. There were also a rusty ventilator, a rusty candle-holder and a disintegrated leather shoe. The donors had moved into the house in Harpenden several decades ago where the partially below-ground concrete shelter stood in the back garden.

A number of steps led down to the door, which was blocked by earth and vegetation which had accumulated since the end of the war. Having young children at the time the new owners decided it was best to leave the door blocked for reasons of safety. Consequently it wasn’t until 2005 that they investigated the interior and found a glass cabinet containing the bottles and other items. They took them out and stored them in a plastic box, which was fortunate as the cupboard subsequently collapsed!

On moving house and wishing to dispose of them they kindly donated them to the Society. There was a total of 21 bottles of all shapes and sizes, ten of which contained liquids or cream of mostly unknown substances as all the labels had long since disappeared. The only two identifiable with names embossed in the glass were a bottle of Brylcreem (a hair cream very popular in the 1940s with young men who liked to be seen with their hair slicked down), and a pint of full-cream milk produced by The Express Dairy company. This had a rubber seal kept in place with a strong metal clip, obviously a very efficient seal as although the large amount of cream appeared to have solidified the milk itself was still liquid 74 years after the end of the Second World War. The label had also disappeared from the rusty tin.

The other artefacts comprise the ventilator to allow fresh air to the occupants, the candle-holder as emergency lighting, and someone’s shoe from which all the stitching had long since disappeared.

The Society is very grateful for this gift, and hope we receive more memorabilia from others in the future.