Cloak and Dagger at Rothamsted Manor 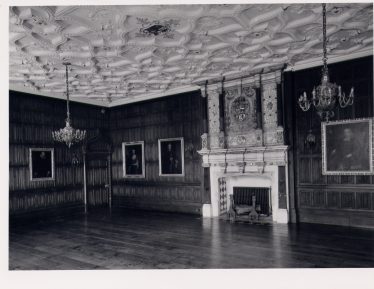 On 3rd May 1995 there was a reunion for six ex-servicemen who served at Rothamsted Manor when it was a Top Secret Army Intelligence Centre and it was interesting to hear at first hand what really went on.

Local people certainly wondered: there were sandbagged windows, armed pickets and patrols, dispatch riders coming and going day and night, many hundred-foot radio communication aerials.  Up to 400 personnel were based there, many billeted in the district as far afield as Batford.  The CO, Lt Colonel A E Barton OBE was quartered at the White Horse pub.

The objective was to intercept the morse code radio between Luftwaffe ground stations, including airfields.  These were recorded, processed and rushed to Bletchley via despatch rider, teleprinter or landline.  At Bletchley were the teams of codebreakers – including former pre-war mathematicians, crossword compilers, linguists and electronic experts who built and operated the ‘Enigma’ codebreaking machines.  The Germans did not believe it was possible for their codes to be cracked.  The Bletchley team proved otherwise!  The fact that the codebreakers had succeeded was a very closely guarded secret, and the importance for the War effort was immense.

Those who have visited the Manor may be intrigued to know where the nerve centres were.

The Great Drawing Room was the ‘set room’ with thirty powerful radio receivers manned twenty-four hours every day.  Number One Special Wireless Group brought in trained operators from all parts of the UK.  They could often detect changes in the German personnel by the distinctive indications in their operation of the Morse Key – known as the operator’s ‘fist’.  The intercepted messages were passed to the Intelligence Corps ‘Compiling Unit’ in what is now the Resident’s TV Room.  There also was the DF plotting map.  There were three remote direction–finding stations, at Markyate, Sutton Valence and at a location in Norfolk.

The Tapestry Room was Senior Officers’ quarters.  The Hall was the Officers’ Mess.

From D-Day in 1944, the task changed from Luftwaffe to German Army communications.  The unit was split, with the larger part advancing through France, Belgium and Holland to North Germany; the smaller part through France and Luxembourg to Bavaria.

After the War, the Manor stood unused until 1952, when it was converted as a residence for visitors, staff and students at Rothamsted Experimental Station.

This article first appeared in Harpenden First, 19 June 1995 – in edition devoted to the celebtraions of VE Day on 7 May 1995.