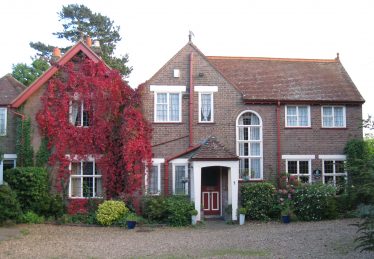 The Friends’ Provident Life Office was founded in Bradford in 1832 to provide assurance for the Society of Friends or as it is known, the Quakers. By 1939 it was well established in London and along with other major companies decided to move out of their offices, in City Gate House, Finsbury Circus and 7 Leadenhall Street, due to the looming hostilities.

The answer for the Friends’ Provident and Century Insurance, which was its full title, was to buy seven and a half acres of land, at the top of Moreton End Lane, Harpenden. It was next to Shrubberies where Bernard Brigham the Secretary had lived since 1932 and covered the area from the present Alders End Lane down to Moreton Avenue. Antoine Roques, the office surveyor designed four large wooden huts* which were sited on this land. While they were being built the accounts department, the first to move, went to The Red House in Carlton Road in spring 1939. Then the company took over 6 and 8 Milton Road for use partly as offices and partly as living accommodation. In all 263 staff and 85 dependants came to Harpenden during the summer of 1939. They included John Robson the actuary who brought the life and pensions staff. Peter Leishman accompanied by the Mortgage and Property department and Samuel Mills, the deputy secretary, together with the administration staff. The underwriting and claims divisions of the fire, accident and hire purchase sections were also evacuated to Harpenden. In addition the Office Solicitor, John Shera Atkinson and his staff moved to Milton Road. The whole operation was directed by Bernard Brigham from his home which still stands today.

The evacuees responded to the call for assistance with Air Raid Precautions, the Fire Service and the Home Guard and soon settled into the local community. The huts remained in use for eighteen years as London had been so badly bombed that there were no habitable offices to return to after the war.  Friends Provident decided to build new offices at Dorking which opened in 1957 when the last remaining staff moved there bringing Friends Provident association with Harpenden to an end.

Bernard Brigham had retired in 1952 and moved from Shrubberies to Salisbury Avenue where he lived until his death in 1959. He had joined the company as an accountant in Bradford in 1919 rising to become an assistant general manager and then in 1936 Secretary. He was responsible for introducing mechanisation to the office and the installation of the first computer.

Elsewhere on this site is a copy of the notes donated by Bernard Brigham’s grandson Robert, relating to the activities arranged for the staff of Friends Provident during their years in Harpenden. They reveal how welcome they were made by the local people and a plaque beside the gates of Rothamsted Park records that they were rebuilt by the company as a thank you to the people of Harpenden.

* The huts were demolished in 1962 in preparation for building the Wimpey estate. Only the toilet block remained, forming the garage to 4 Alders End Lane, until this was redeveloped in 2021. 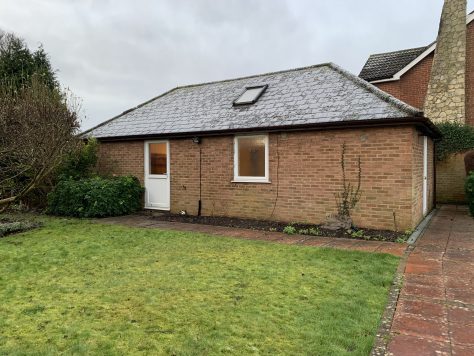 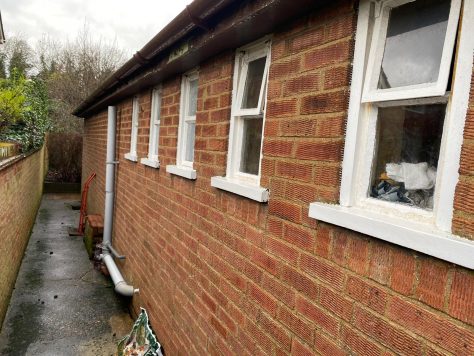