Maintained throughout the War 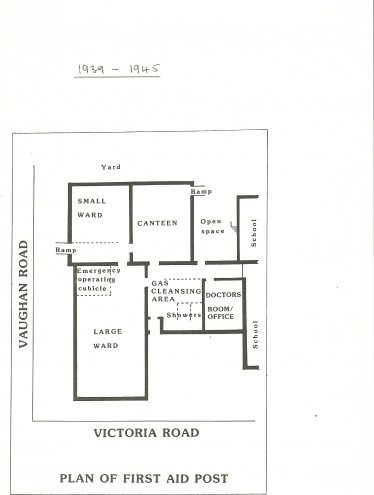 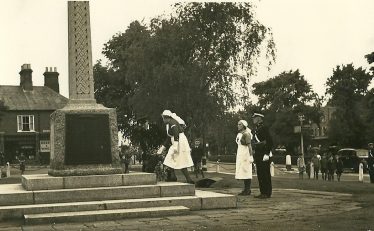 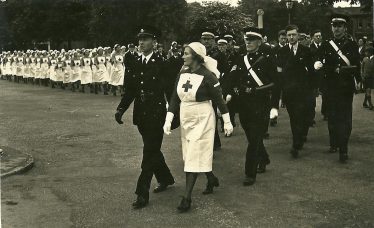 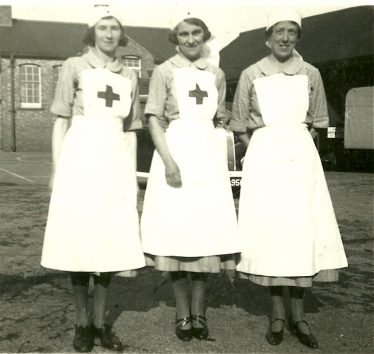 An important feature of Harpenden in the war years was the establishment of a First Aid Post, at the top of Vaughan Road in the building which is now the Public Library, run by Harpenden Red Cross Detachment (‘Herts 48’).

At the beginning of the war volunteer nurses were recruited from anyone with nursing excperience or who was willing to pass examinations in First Aid and Home Nursing – essential pre-requisites for being allowed to wear the red cross on your uniform. The Commandant was Mrs Dovaston of Green Lane Close. The Assistant Commandant was Miss Kathleen Nix, of Browning Road. They were supported by several dozen volunteer nurses from around Harpenden.

Three shifts of eight hours were operated daily throughout the war. A skeleton staff was always on duty. On receipt of a ‘yellow warning’ meaning that enemy aircraft were in a neighbouring sector, additional nurses would be called in. For a ‘red warning’ when the sirens sounded, everyone available would turn up.

Harpenden was fortunate not to experience any serious air raids, but the presumption was that you never knew, especially towards the end with the V1 and V2 bombs. The First Aid Post was primarily a Casualty Clearing Station which could have been invaluable, though nurses were often keen to practice their skills on the odd civilian cuts and bruises. Moreover, a number of the more experienced Harpenden nurses did additional duties in London in the Blitz, sharing the hazards of all the other civil defence services in 1940 and 1941.

An additional service of the First Aid Post was to host at regular intervals the Blood Transfusion Service, vital in wartime.

Some of the nursing methods may seem primitive by today’s standards. Each time the sirens went, several dozen hot water bottles would be filled so as to treat the casualties for shock and hypothermia. When the ‘all clear’ sounded, they would be emptied and put away. Although seldom called upon, local GPs would be available if needed.

After the war, Harpenden Red Cross naturally stood down from this level of activity. But interest continued and for several years there was an enthusiastic group of Nursing Cadets who would meet for training in the Drill Hall at Harpenden Arch, opposite Park Hill.  The Cadet Commandant was my mother Mrs Freda Wyborn [1899-1990].