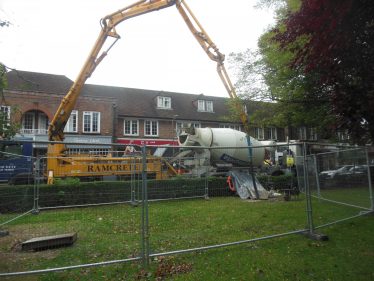 The decision by Harpenden Town Council to fill in the air raid shelters near Bowers Parade, on Leyton Green and on the Common alongside Queens Road has been controversial. A proposal to turn one of them into a museum with occasional public access was investigated but considered not viable. But many regret that pumping in foam concrete means that future excavation and exploration will not be possible. When the shelters were built, boy scouts filled sand bags with the spoil: a pity that this process could not have been reversed!

The Arden Grove shelter under the car-park behind the Public Halls was filled with foam concrete by St Albans District Council in 2007. 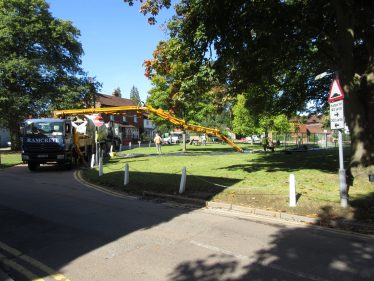 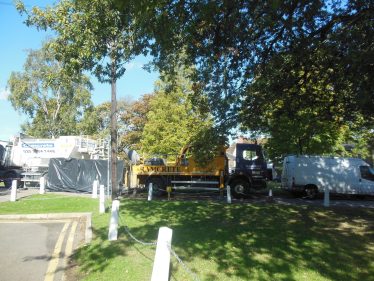 It took several days for the three shelters to be filled with concrete. Meanwhile the Town Council commissioned two information panels, which have been installed beside the Peace Garden on Bowers Parade, and on Leyton Green, looking towards the manhole covers which still mark the entry points. 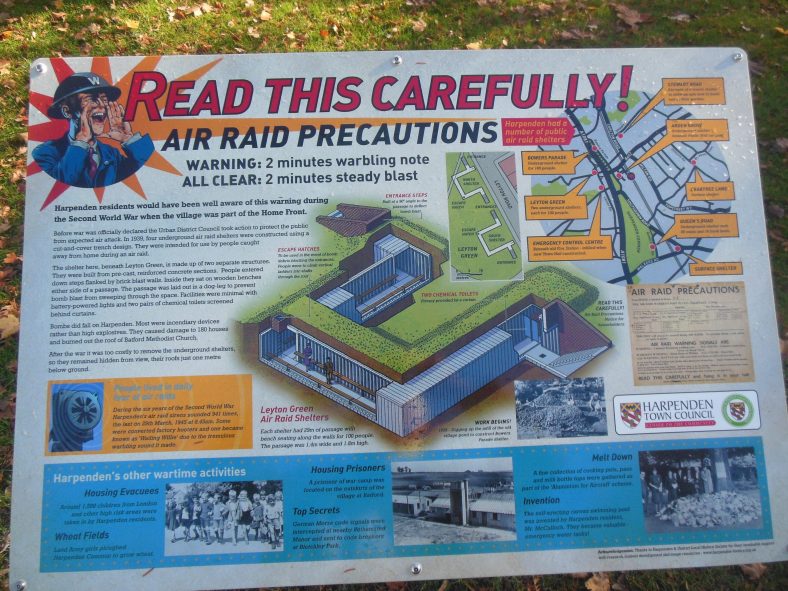 Information panel on Leyton Green – there is a similar panel near the Peace Garden on Bowers Parade. Credit: G. Ross,11 November 2018

A virtual tour of the Queen’s Road shelter evokes the claustrophobic atmosphere of the shelters. This can, we hope, be accessed by this link

Over recent years there have been several exchanges of memories on the Old Harpenden Years Gone By Facebook page. These have been grouped or summarised: some are about the large public shelters, and some about shelters at school or in back gardens.