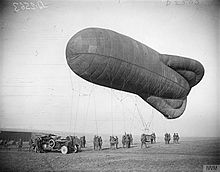 The 30th August 1940, in garden of school friend who lived in Grange Court Road when we heard the sound of machine gun fire. Then saw, very high up what turned out to be German aircraft about to bomb the Vauxhall works in Luton. We then saw a parachute which we found out later was the pilot of a Hurricane which had been shot down. I believe that the aircraft crashed in the residential area of the newish West Common estate.

The second occasion was probably later in the war when I was cycling up Station Road and had reached Cowper Road, when a barrage balloon which had broken free from its mooring floated over. It was followed by a Spitfire which shot it down onto the common on the west side of the St Albans Road near to the Pimlico Cottages. The burned out area has long been overgrown so I am sure there is no visible evidence today.

I never used the air raid shelters on Leyton Green but was drafted, on the day war was declared, with other Scout members to fill sandbags from the earth which had been excavated to make the shelter.

From April 1938 until December 1942 I attended what was then the new St Albans Modern School for boys. I travelled backwards and forwards to school by train and remember waiting on the St Albans City station for our homeward train when a troop train, fresh with troops evacuated from Dunkirk pulled in. The troops were eager to find out where they were [NB signs were removed during the war years].

I enlisted in the Territorial Army in April 1944, finally being called to full time service in November that year. Then followed not exceptional service on Salisbury Plain until I was demobilized in January 1948.