Maps and Plans in the Society's Archives

This exhibition, on show for just two hours, attracted map-lovers to look at a small selection of maps in our collection. The collection included copies of Ordnance Survey maps from 1879, 1898, 1924 and a series of large scale local maps from the 1965 and 1975 series.

In addition we displayed samples of the information which can be derived from the 1843 Tithe award map, reproductions of older maps of Hertfordshire, and maps of Harpenden Urban District Councils proposals to develop every parcel of land in the 1950s – to meet the acute housing shortage after WWII.

We also displayed some architects’ drawings, including those of Flowton Priory, made by Gordon Coburn just after it had been moved from Suffolk and re-erected on West Common in the 1930s; plans for the Church Rooms at St Nicholas Church by George Herring of 21 Milton Road; and plans for Manland Primary School in 1938.

The OS maps and some of the plans were rescued from Harpenden Borough Surveyor’s office when Harpenden Hall was sold in 1994. They were destined for destruction.

Anyone interested in consulting our map collection can Contact Us to arrange an appointment to visit the Local History Centre in Park Hall, Leyton Road, once access is possible. 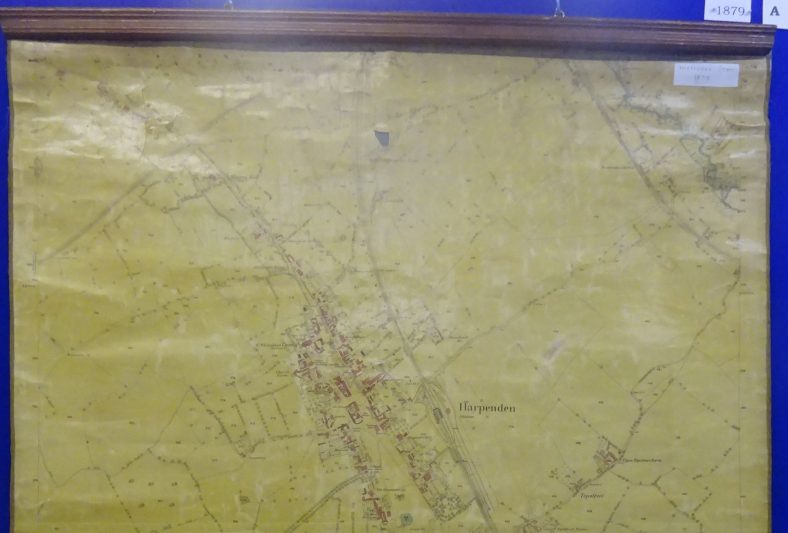 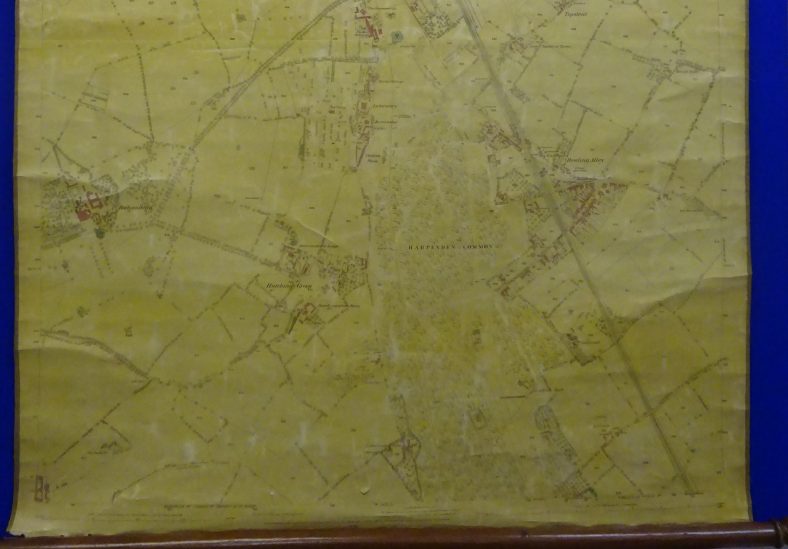 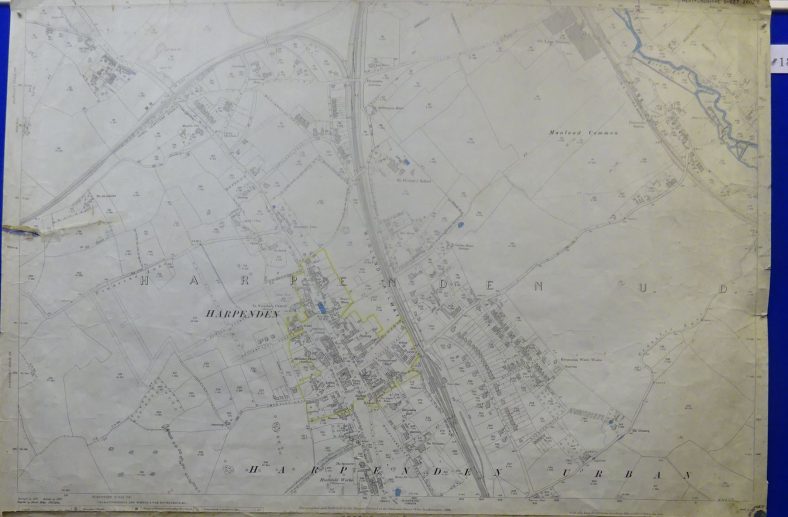 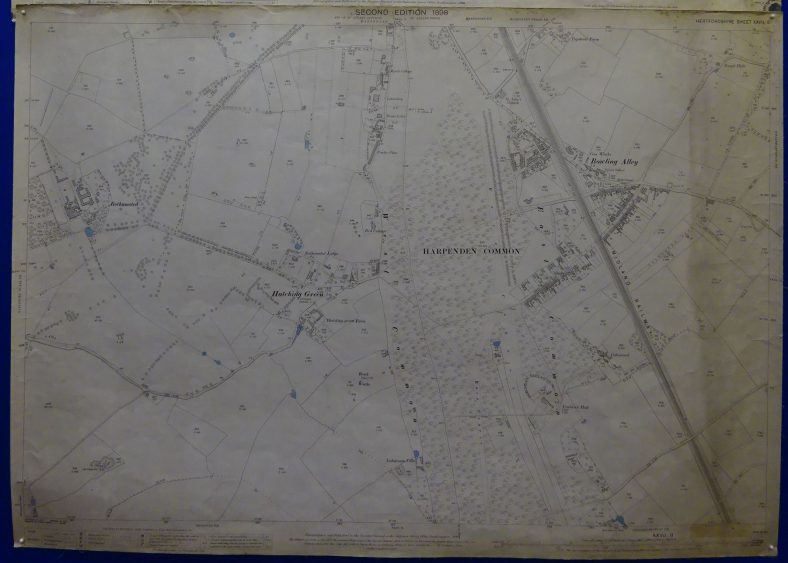 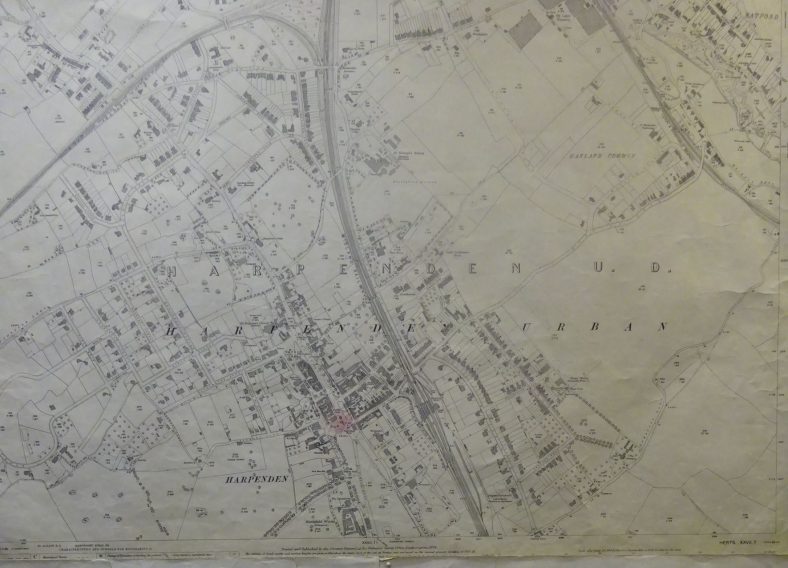 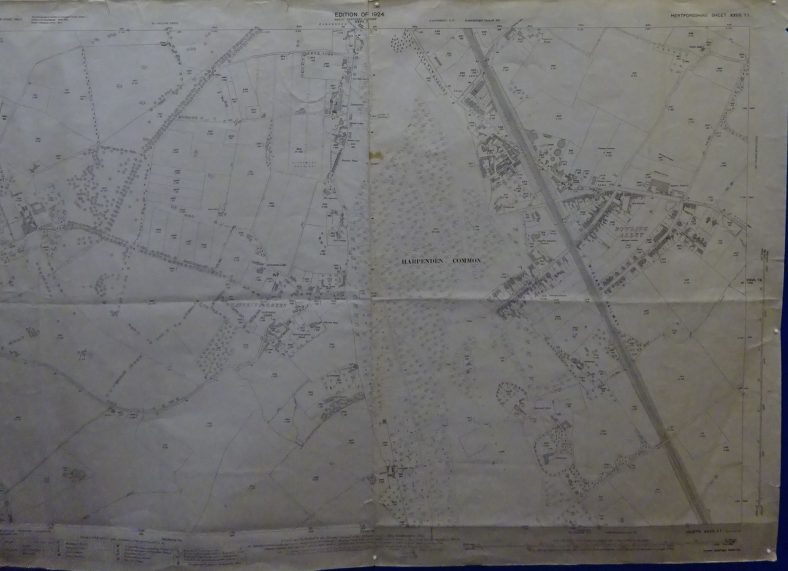 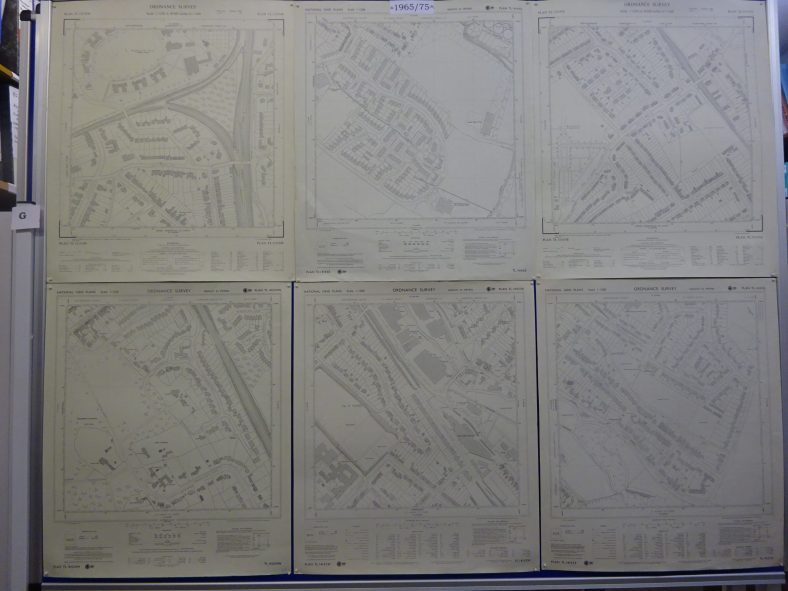 zoom
Samples of the large-scale series of segments of Harpenden, dated between 1965 and 1975 as they were regularly revised. 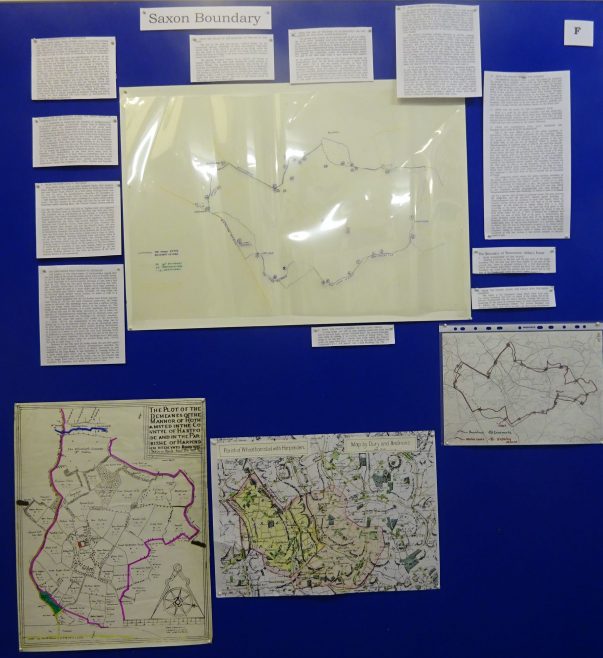 zoom
A walk around the boundaries of the Saxon estate, donated by Edward the Confessor to Westminster Abbey in 1060. The landmarks have been identified from the Latin description of the charter. Below, a plan of the Rothamsted estate in 1615; Drury and Andrews map of 1799 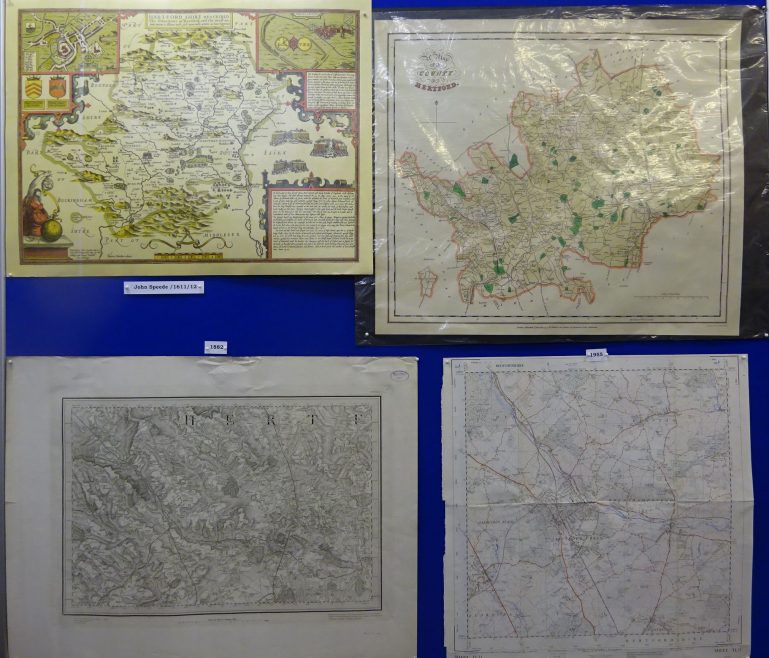 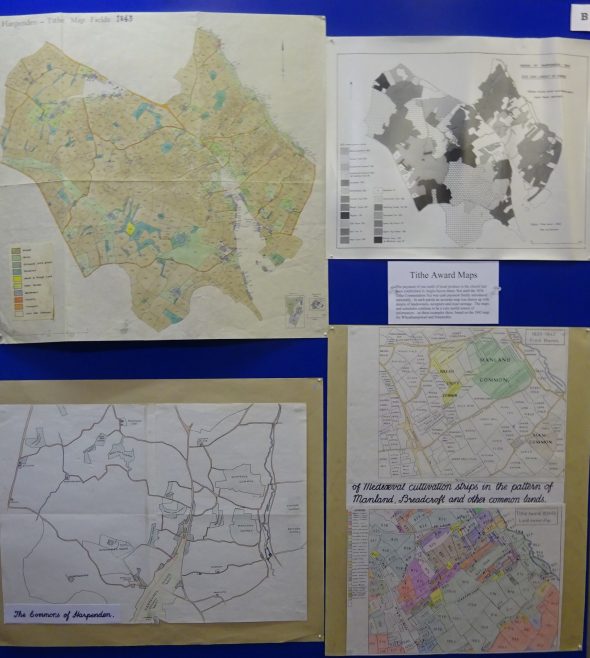 zoom
Tracings of the Harpenden part of the 1843 Tithe award map, showing the kind of information which can be derived from the 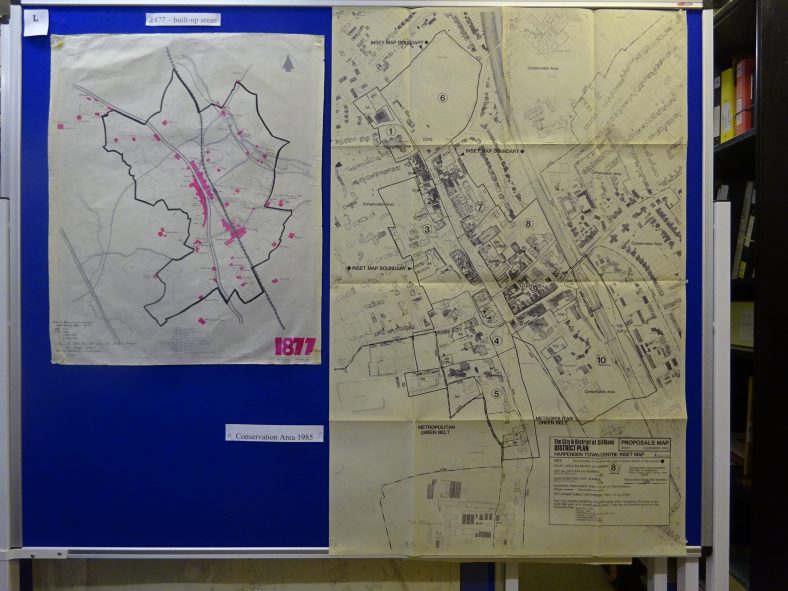 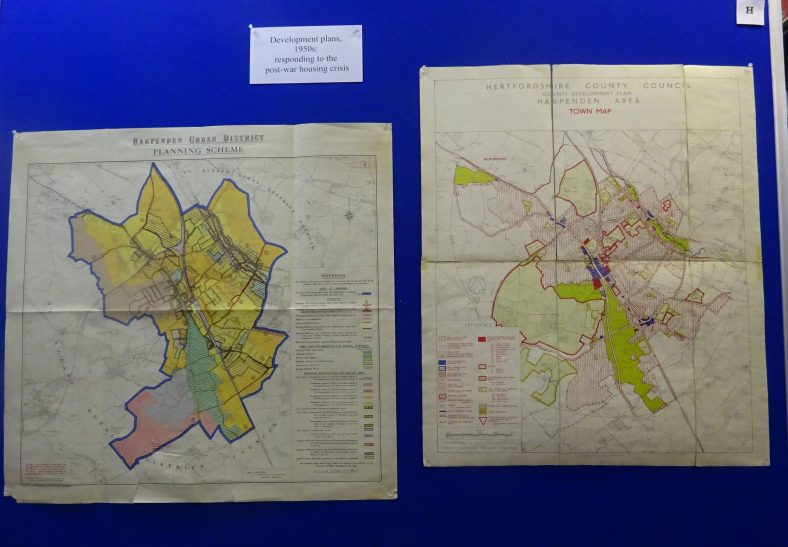 zoom
Development proposals for Harpenden in the 1950s - in response to the acute need for housing. All land within the Urban District Council boundaries was zoned for development. 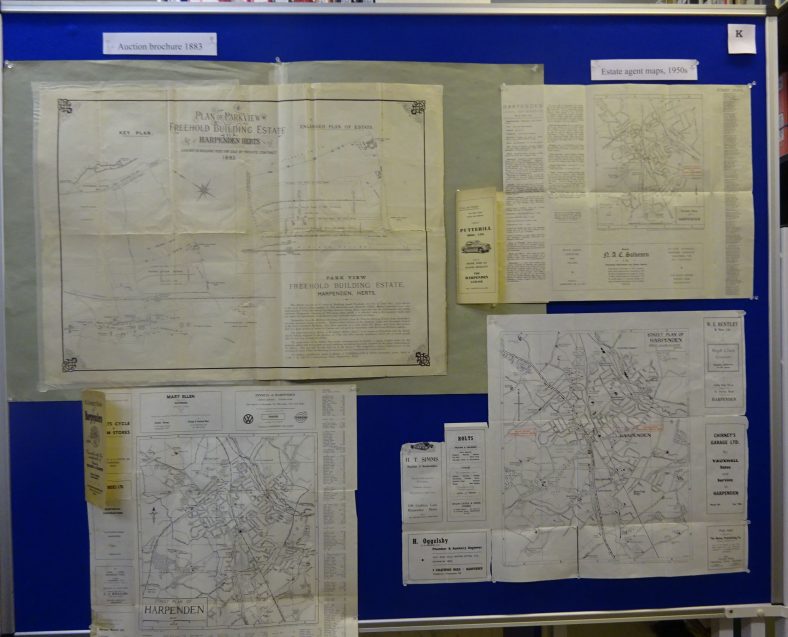 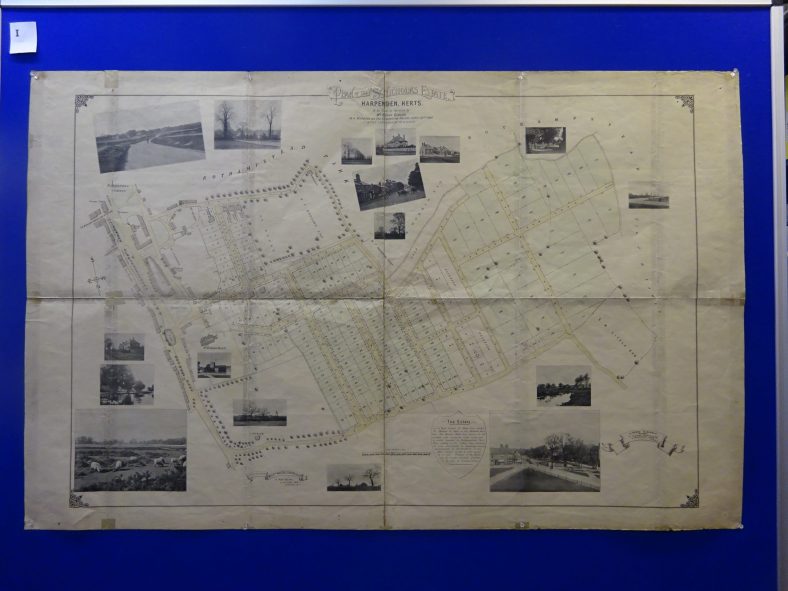 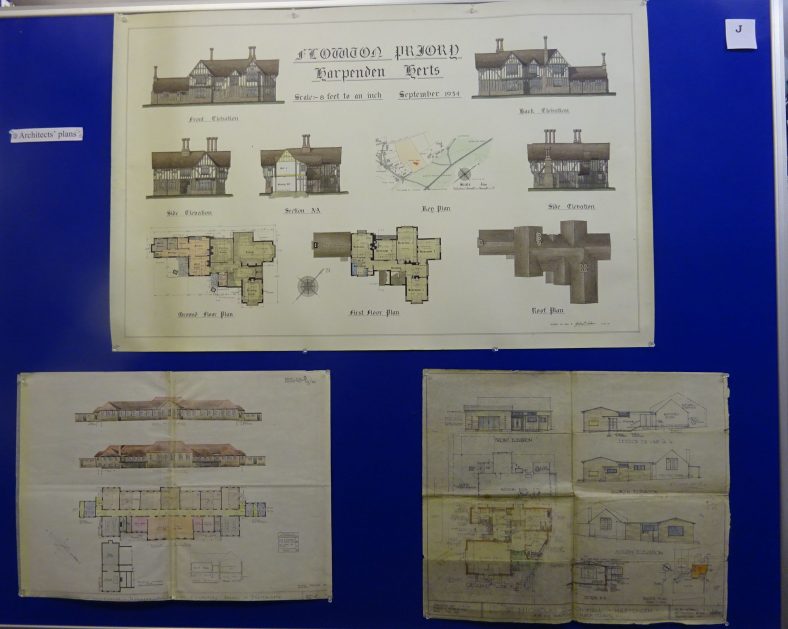 By Rosemary Ross, with John Marlow and Diana Parrott