The changing face of the High Street

Some of the old photographs of buildings in the High Street are still recognisable – pubs continue to serve regulars and passers by and other buildings have been adapted to new uses.  The pairs of photos in this selection show some contrasts between past and present, taken from approximately the same viewpoint. Thatched cottages, near Bowers House and Cock Pond , c.1890. They appear in many old photos of Cock Pond. Bowers House, with pond and duck-house in front, c.1900 Bowers Parade (built in 1936) and the Sensory Garden, now obscure Bowers House, which still stands behind the shops. 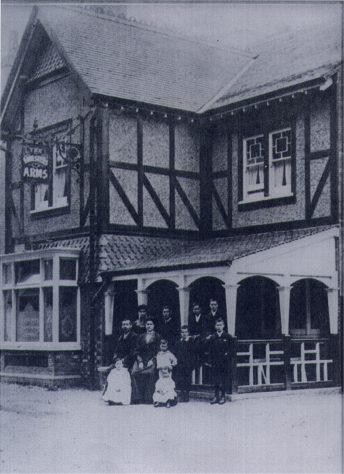 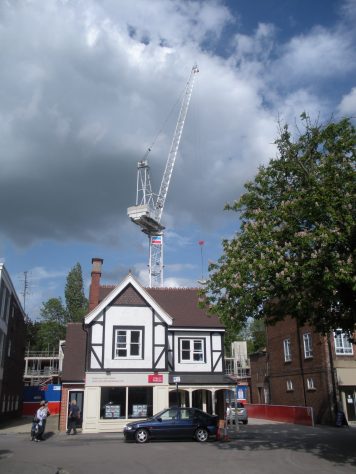 Strutt & Parker, with Jarvis’s crane constructing “The Foresters” in 2011, on land behind the former pub Jarvis houses at the corner of Crabtree lane and Southdown Road, c 1912 Perfect Pizza – the bracket has survived