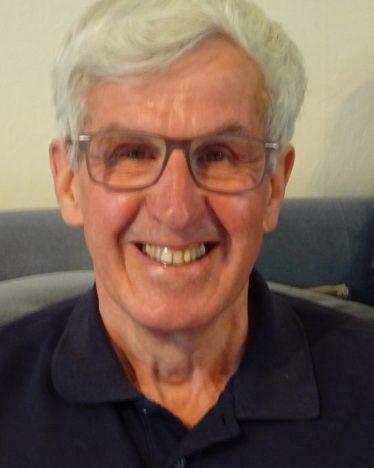 David comes from a Harpenden family, his mother and grandfather were born here and his grandfather established Reads’ Motor Works a well-known Harpenden business from 1919 to 1950. David was born at the Red House in 1946 and attended Manland Primary School and Hemel Hempstead Grammar School.

He trained as a teacher and was Head of two schools in Hertfordshire before changing careers in 1997 and joining the Royal Air Force Museum in Hendon. He led the Access and Learning Team, interpreting his role widely so it included media interviews, escorting VIPs around the museum and responsibility for educational programmes for visitors ranging from pre-school children to senior citizens

David regarded this as a dream job as he never expected that anyone would pay him to talk about Spitfires, but for nearly twenty years they did!

David retired in 2016 and became a Trustee and honorary Curator of the Harpenden and District Local History Society.

David met his wife Janet when they were both teachers in Buckinghamshire. Janet is also a Trustee and works with him on the cataloguing, conservation and display of our artefacts. They have lived in Harpenden for forty years and have two grown-up daughters and two teenage grandsons.