You are here: HomenextOur MuseumnextOpening of the Eric Morecambe Centre - Open day for the future Museum

On Saturday 16 October 2021 the Eric Morecambe Centre opened its doors for groups of visitors to be shown around the theatre, function rooms and the future Harpenden Museum. Our curator David Keen and his wife Janet selected items for a temporary display and explained our plans for installing archive storage units and display cabinets – with the aim to open in summer 2022.  A number of our Trustees were able to show visitors around the exhibits, which included the recently donated Mockett collection of items associated with Lewis Charles Mockett – one of the many Harpenden men recorded on the war memorial after the Great War.  The ensign of HMS Harpenden (launched in 1918) is also one of our treasured items.

Unfortunately there were not quite enough children to colour the banner for Harpenden Museum! 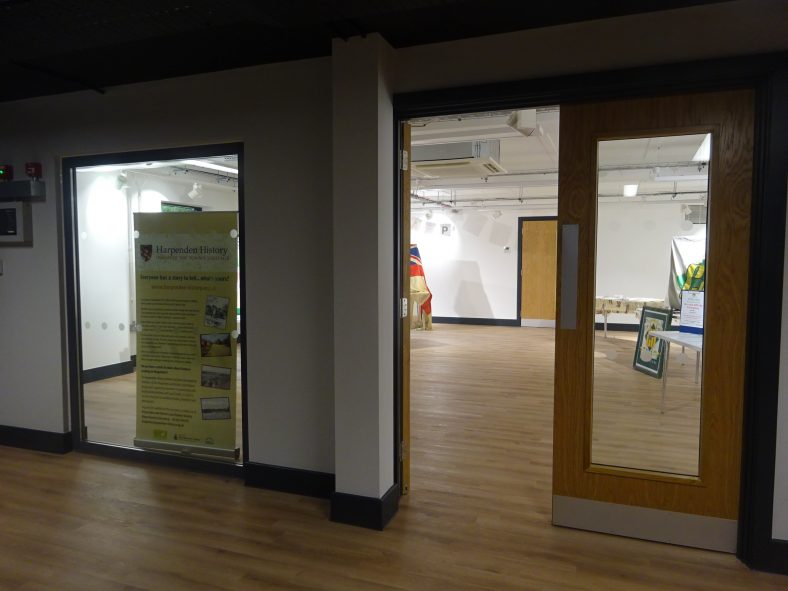 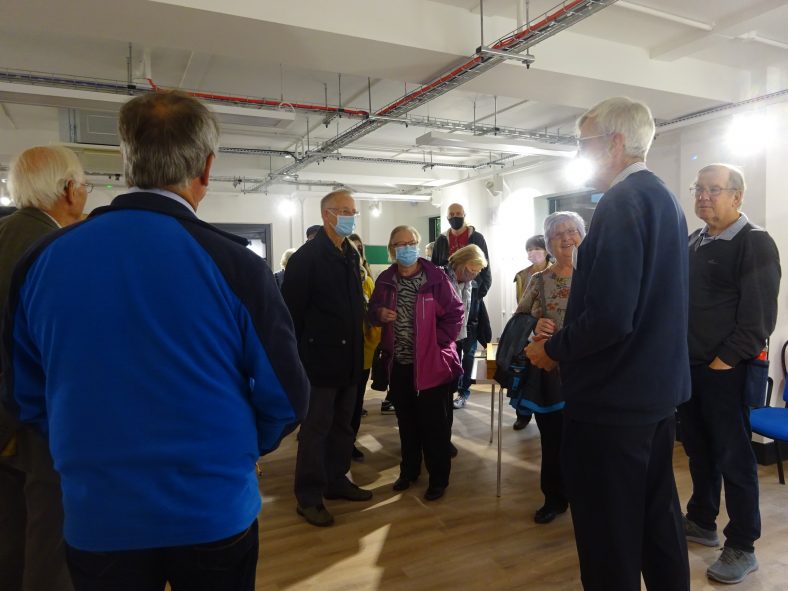 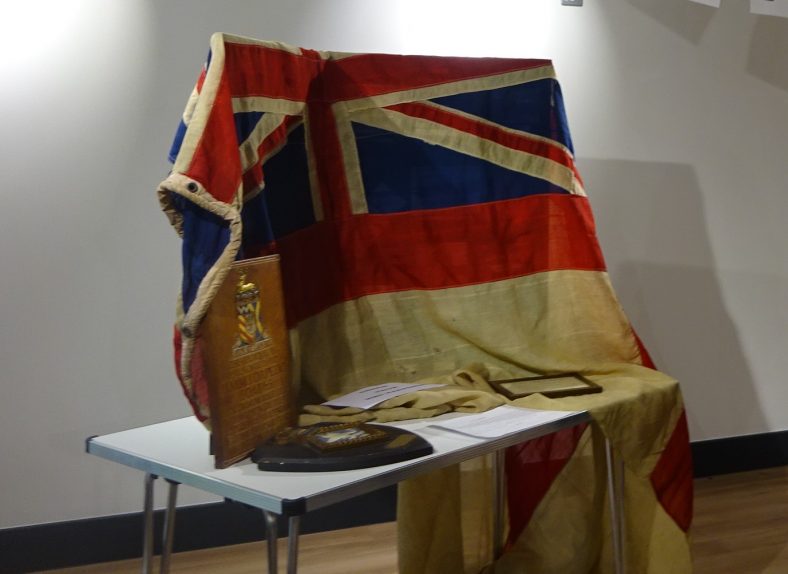 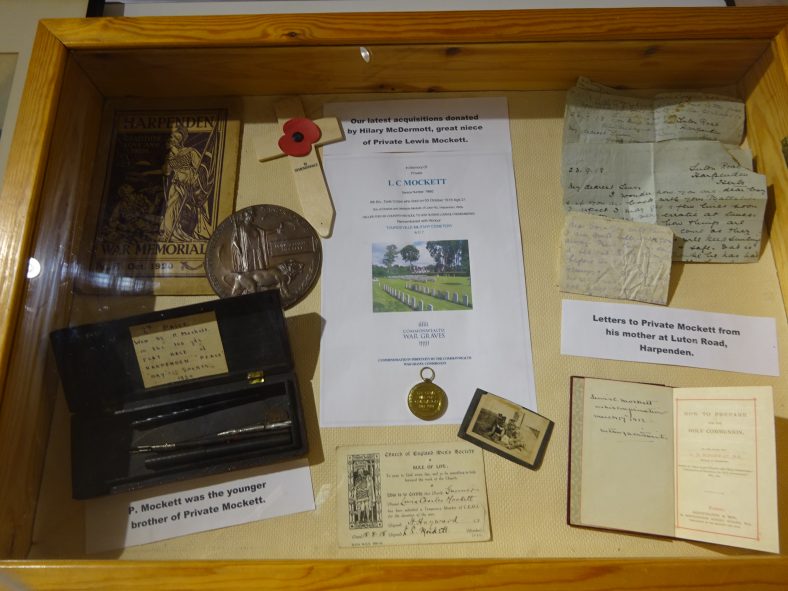 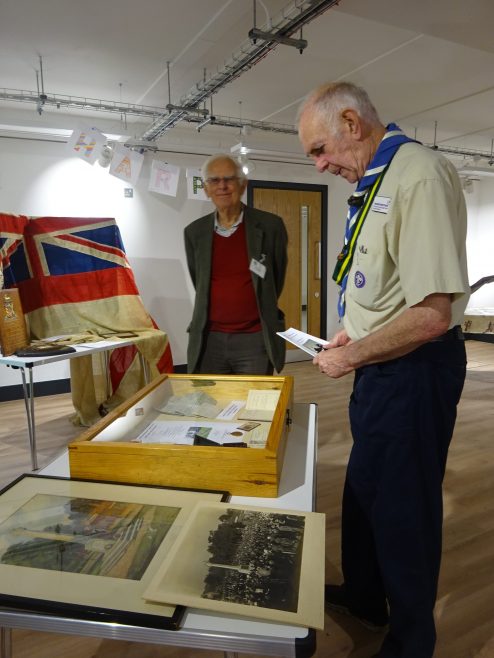 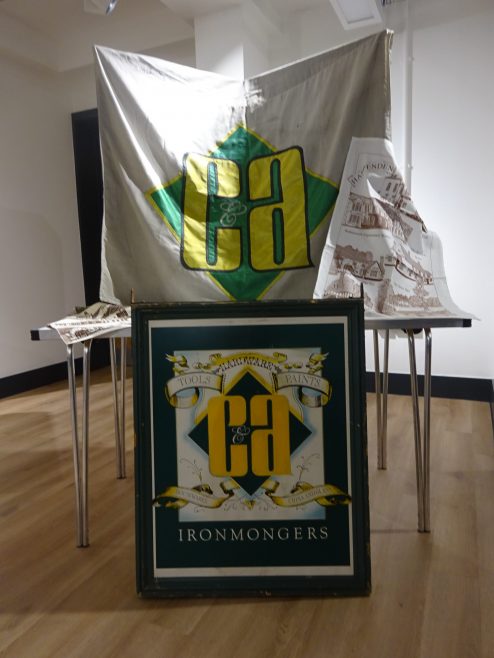 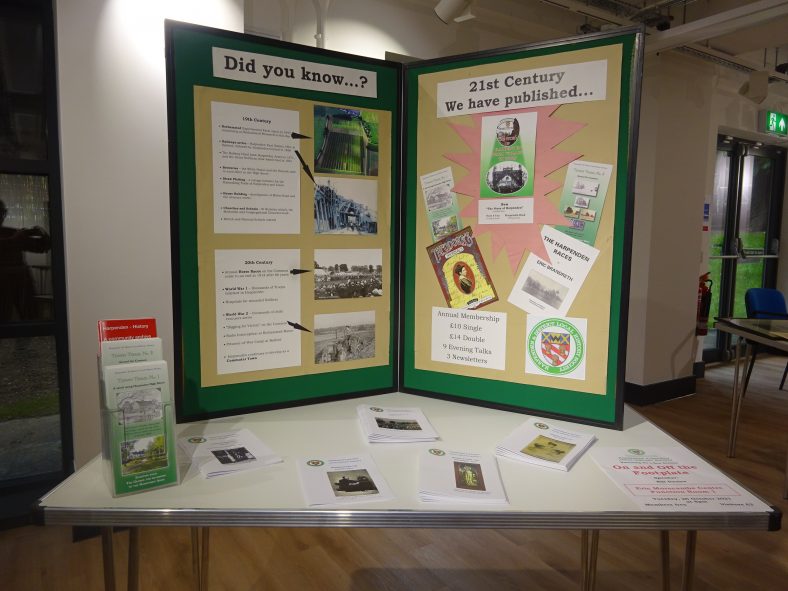 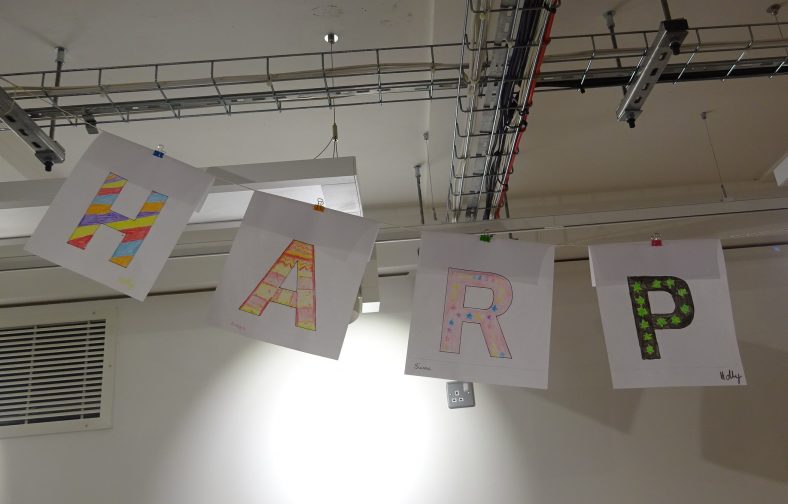