This report was first published in Newsletter 140, April 2020 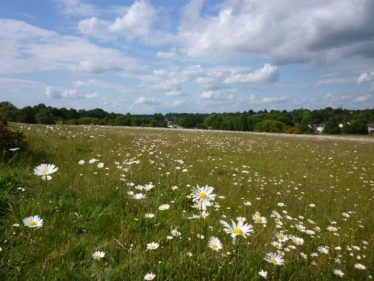 In her capacity as Commons and Greens Officer for Harpenden Town Council, Karen Poore is responsible for managing 86.6 hectares of open space. Harpenden Common dates back to the 13th Century. Historically, commons were sited on poor quality land where animals were grazed, woods coppiced for fuel and building, and other materials such as heather, gorse and bracken were gathered. Harpenden Common now has a diverse mosaic of habitats for local wildlife.

Shaping plant life on the Common

The Hayfield is a wildflower meadow, cut once a year on 31st July. This prevents coarse plants, thick grasses and nettles from proliferating and provides a habitat especially for butterflies, bees and other insects. One year no bees were found on the Hayfield after the cut. As a result, Natural England advised that strips of grassland be left unmown to provide late flowers. The result was an increase in bee sightings and the Common won an award for environmental improvement from ‘Bees Needs’. 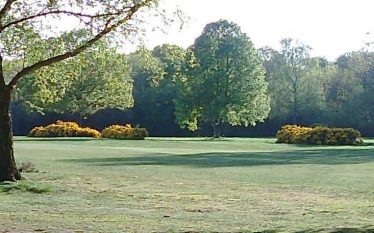 Clumps of gorse and bushes known as roundels dot the open Common. They are coppiced in rotation to prevent them encroaching on the grassland. Along the edge of the main road, buffer strips of scrub and plants absorb pollution from traffic. These and the roundels provide shelter for wildlife.

Wild heather can be found here and there on the Common, but it grows old and woody if not tended. New patches have been seeded, using heather cut from No Mans Land Common at Wheathampstead. These plots are fenced off to keep rabbits and muntjac from browsing. It is hoped that when eventually established the patches will join up to make a lovely swathe of colour.

St John’s Wood is a young wood which regenerated naturally when animal grazing ceased. The Commons Management is tailoring the site by removing holly undergrowth and thinning out trees to allow oaks and other trees room to spread their branches and roots properly. Bridleways through the wood are kept open, leaving sunlight traps where plants and fungi flourish. Birds use these rides as thoroughfares, catching insects and roosting in the edges of the wood.

At the Brickle Dells, clay was at one time dug for bricks leaving chalk soil. A small patch of chalkland grass found there has been fenced to keep bikes off. In two years’ time it should grow rare chalk species. Seed heads of green winged orchids have been brought from Langley Meadow, in the hope they will grow on our Common.

Surveys and engagement with the Common

Karen runs ‘Project days’ during the autumn and winter, when volunteers help to prune and tidy the Common. Pupils from St Georges School and students working towards The Duke of Edinburgh’s Award take part as well as many local citizens. Lunch is provided for volunteers. Parts of the Common are surveyed every month by volunteers. Over five years, 23 species of butterfly and 4 species of bat have been registered and several plants listed as ‘county rarities’ are monitored. 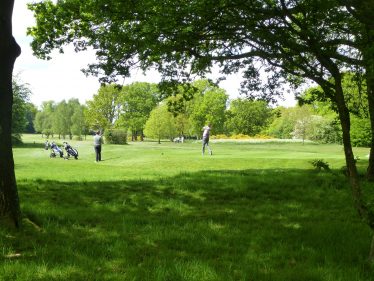 Presently, the Common is home to a football club, two cricket clubs and a golf club. Throughout the year events such as fairs, circuses, classic car meetings and art exhibitions are held on the Common.  A permissive horse ride loops the Common. Karen must ensure that no lasting damage is done to wildlife and plants. Harpenden Common Nature Trail is approximately one mile long with a series of information boards at strategic stops, describing the history and wildlife of the common. The Council co-operates with Herts and Middlesex Wildlife Trust to get school children out in the country and engaging with nature. ‘Wellbeing walks’ around the Common are beneficial to mental health, and inform the public of the work of the Commons Management team.

England’s commons are protected by the Secretary of State, to whom application must be made for any changes. 2019 marks the 13th year in a row that Harpenden Common has earned a Green Flag Award, and the third consecutive year that Lydekker Park has been recognised. The Green Flag Awards Scheme is run by the environmental charity Keep Britain Tidy.

The Common extends from Ayres End Lane in the south to the Greens alongside the High Street as far as Sun Lane in the north. Over the centuries properties alongside west common and along the High Street were granted copyhold leases by the Lord of the Manor, resulting in the development of the village around the church. Anne Rowe described the rights and responsibilities of copyholders in her talk to the Society in 2016.

The Commons Act 1899 provides a mechanism for enabling district councils and National Park authorities to manage commons where their use for exercise and recreation is the prime consideration and where the owner and commoners do not require a direct voice in the management, or where the owner cannot be found. At least 200 schemes of management have been made under the 1899 act.