Her Father's Name - a new book by John Seabrook 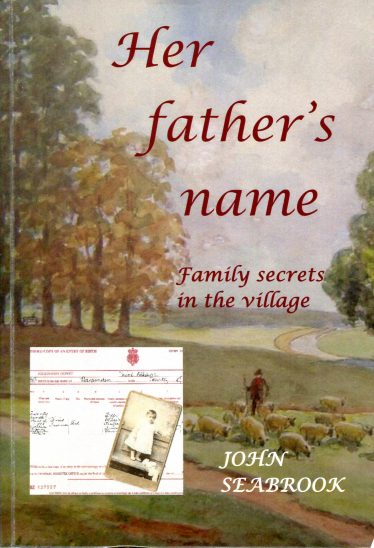 In this book, which John Seabrook describes as a work of fiction, based on actual events and real people, John seeks answers about his un-named grandfather.  The story unfolds between his exploration of official archives, and the imagined world of his great-grandfather Edmund Halsey, carpenter and landlord of the Royal Oak in the 1880s. He brings it to life with lively descriptions of his grandmother Effie and her brothers, including Ralph Halsey who later ran The White Horse at hatching Green from the 1930s to 1952.

Readers familiar with John’s books about his own childhood in Bowling Alley and reminiscences from his career as a journalist, will recognise the good storyteller.  For those familiar with census and other data about Harpenden, there are many local characters, such as Lilian Gifkins the local Registrar, Mr Eyles a census enumerator, Dunckley the butchers and members of the Halsey family.