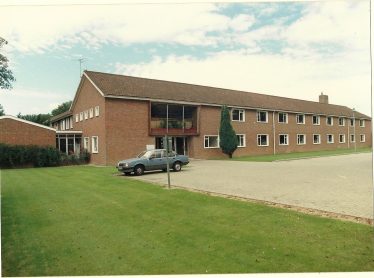 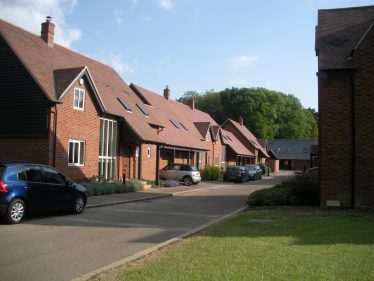 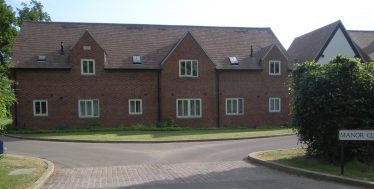 In 1914 the Institute for Plant Pathology was set up at the Royal Botanic Gardens, Kew, in response to the growing problem of new pests and diseases being brought into the country on plants collected during international expeditions. Food shortages of World War I, and the realisation that production would need to be increased after the War, stimulated the Food Production Department in 1917 to start an intelligence and survey service on plant pests and diseases.

A re-organisation of the Institute in 1918 resulted in the formation of The Plant Pathology Laboratory. The new laboratory took over the Institute’s intelligence and survey function and also advised the Minister on the steps needed to prevent both the introduction of destructive new pests and diseases and the further spread of dangerous ones that had already gained a foothold in the country.

Move from Kew to Harpenden

In 1920 the Plant Pathology Laboratory moved from Kew to a converted private house in Harpenden, Hertfordshire. In 1960 the work of the laboratory had expanded significantly and it relocated to a new purpose-built complex in Harpenden. The new site – in total approximately 5 acres (20,000 m2) of land – included 2-3 acres of experimental plots. Work was organised over three departments – Entomology, Plant Pathology and Chemistry – and included the Pesticide Registration Department. An outstation in Cambridge also carried out research on pesticide residues.

In 1971 MAFF’s professional, technical and scientific services were brought together within the newly set up Agricultural Development and Advisory Service (ADAS). Along with the Pest Infestation Control Laboratory, the Plant Pathology Laboratory now operated as a science laboratory within the Agricultural Science Service (one of five services of ADAS).

In 1979 the Plant Pathology Laboratory was renamed Harpenden Laboratory.

In 1988 the Harpenden Laboratory and the Pest Infestation Control Laboratory, both operating within the Agricultural Science Service of the Agricultural and Development Advisory Service (ADAS) – a division of the Ministry of Agriculture, Fisheries and Food (MAFF) – came together under single management a forerunner of the Central Science Laboratory, which was officially launched in 1988.

Move from Harpenden to York

In 1992 CSL was launched as an Executive Agency of MAFF, and in 1996 the Harpenden Laboratory was relocated to Sand Hutton, York.

The buildings stood empty for some years, but after various planning applications were rejected, the laboratories were demolished and a housing development was built in 2006.